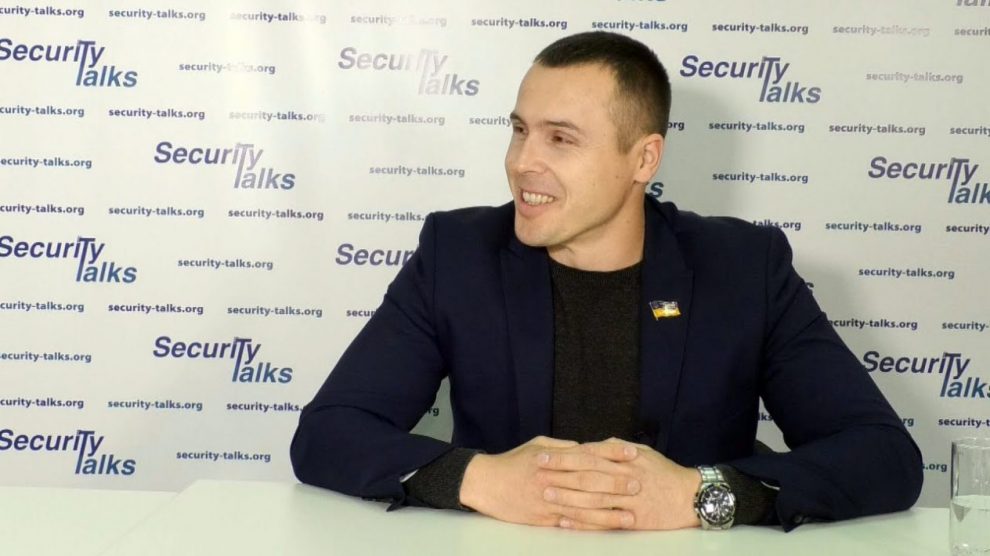 One of the most important national security issues that has been less mentioned in recent days amid the escalation of the epidemic is the reform of Ukrainian intelligence services.

I am often asked, “Why reform the SBU now? Well it works somehow, maybe it is better not to touch it until the end of the war? ”. And I answer every time - now is our last chance, which we did not take advantage of in peacetime. You can no longer pull. Because the price we all pay for the inefficiency of the Service is too high. Inefficiency and corruption are the top two enemies of our intelligence services. They lead not only to huge losses to the economy of the state, to the formation of a negative reputation of the SBU uniform, to the dispersion of such resources needed to fight the enemy, but also to the decline of the morale of fighters who see near deception and injustice. They see the "golden youth" who came to make money, not to serve the Motherland.

Corruption engenders not only the disillusionment of the military, but also total unprofessionalism, since the leaders appointed by the "blunder" will not be able to train the personnel themselves, and will deprive of quality specialists, against whom they look pathetic. And the price of unprofessionalism in war is grief and human lives. Therefore, reforms are important and must be implemented now.

I want to discuss the reform of perhaps the most problematic unit - the General Directorate of Counterintelligence Protection of the State's Interests in the Economic Security of the Security Service of Ukraine, or as it is called in the media - the Economic Security. The staff of this unit have become involved in many scandals and investigative reporting. The real effectiveness of their work is that Ukraine has become a “training ground” of international special services, our country is deservedly called “Europe's largest offshore”, our country is a link in money laundering of various intelligence and criminal groups. We cannot even resist the various financial schemes that have organized the Kremlin's structures "under our breath" to fund agents of influence and supporters of the "Russian Spring." However, there are “results” in the economic security unit. And, unfortunately, they are unacceptable for the domestic special services… Among them are pressure, intimidation of entrepreneurs and political opponents of the authorities, constant “mask-shows” at enterprises that do not even reach the court stage, disproportionate wealth of individual workers, expensive cars. , real estate, including abroad.

This needs to be changed. There are many ideas for what and how to do. Some of my colleagues are set up radically - to reduce not only the unit, but also the function of protecting the economy in the SBU. I have a different opinion. Since the intelligence of each country is classically composed of political, economic, military and scientific-technical means, it is inadmissible to deprive the state of the instrument for protection against the activity of foreign economic intelligence. However, there is a need to change the approach dramatically to improve efficiency.

In my opinion, there are several reasons for the corruption and inefficiency of the SBU's economic security. The main thing is an unusual orientation. For all these years, this unit was engaged in the search and investigation of economic crimes, not conducting economic counterintelligence. These are completely different areas of activity. The law defines a number of law enforcement agencies to investigate economic crimes, and there is no SBU among them. The management of the service is able to investigate such crimes through manipulation.

What is the problem here? First of all, the investigation of economic crimes is important, but it is not the “top level” the state requires from the special services. Without degrading the merits of colleagues from law enforcement agencies involved in the fight against economic crime, I will say that finding and solving an economic crime is usually easier than detecting the activity of a foreign special service against our economy. After all, the economic crime will be a small waste of the enterprise, committed rudely and with a lot of evidence. It is a completely different matter for special operations, which are planned for months and even years, which prepare and perform "pros" - foreign spies and agents who undergo special training, prepare for counter-intelligence work against them. The impact of foreign intelligence services is not always evident here and now, it can be a subtle long-term process aimed at weakening the economic power of the entire country through the years. These are hundreds or thousands of fictitious firms created that, under the guise of legal activity, “cover up” the work of foreign spies and mask the movement of funds in the interests of special services, these are networks of “think tanks” that produce destructive ideas and theories that lead our country is wrong. These are "agents of influence" who infiltrate the power vertical and our civil society and lobby for such dangerous decisions for the state. These are recruited agents who collect information at all levels of management decision-making, which, for money or dislike for Ukraine, undermines it from within. All this must be countered by powerful counterintelligence, of which economic counterintelligence is a component. Structure of patriots professionals with extensive experience, extensive affiliate network, strong analytical base. Unfortunately, modern economic security is not the case.

What are the primary steps I consider necessary to reform this sector? First of all, it is a prohibition on the legislative level of intrinsic activity, so that no leader is tempted to open a case for money. It is necessary to prohibit investigative units of the Security Service of Ukraine to investigate, and operative - to carry out any economic crimes. Secondly, it is necessary to ban Soviet throwbacks - an indicator system. Performance and success criteria should be based on the security situation in the country, not on whether the crime detection unit fulfills it. It is a tool of corruption in the service itself, because by laying down unsubstantiated “indicators” that will certainly never be achieved, the management secures the loyalty of its subordinates. Everyone will be guilty, but only those who have their own opinion will be punished. As the Spanish dictator Francisco Franco said - "Friends are everything, enemies are the law." Therefore, it is necessary to ban the shameful “indicator system”.

An important step in the reform is the demilitarization of the service. It is a worldwide practice that when persons exercising the authority of the state and in one way or another temporarily restrict human rights and freedoms must be non-military, they should have more rights to bear more responsibility. In addition to the order of the chief, the special service officer has the upper management of the law and his own conscience. Therefore, even for so many years of "passing in uniform", I support the demilitarization of the SBU.

The next stage after the banning of non-peculiar functions, is to build Ukraine's own "economic counterintelligence" with the necessary powers. This structure should focus on the following areas of work: counteracting economic espionage, identifying and neutralizing a foreign agency, including "agents of influence", counteracting economic diversions and special operations, identifying the financial and economic infrastructure of foreign intelligence services, counteracting the destructive impact of transnational financial and transnational groups, as well as conducting in-depth analysis of foreign intelligence services and developing threats to economic security.

In order to be effective and able to perform such complex tasks, the intelligence service must have the resources and authority to implement it. By resource, I mean access to information, adequately complete, fast and maximally without bureaucratic restrictions. Another important resource is a powerful analytical framework. Specialists from different fields of knowledge are needed to create it and the process of its creation must be continuous. And, of course, the remuneration of specialists must be competitive. As for implementing powers, these are not necessarily measures guaranteed by coercion by the state. I'm not talking about criminal cases or searches. It is a guarantee that the results of the work of the special services will be heard by the political leadership of the state and necessarily taken into account when making important decisions for the country. After all, we have repeatedly witnessed important intelligence reports and counter-intelligence not only not taken into account, but not even read by the government. Or their "political interests" dominate and such documents are simply "lost" among other less powerful ones. The only responsibility for this today is the so-called "political" one. That is, ineffective politicians will probably not be elected in the next term. However, this is not the way out. The system should work “like a clock” no matter who is in power, whether (or able) to use important state instruments or not.

So, friends, this article is not a finalized decision, but the beginning of a public debate. The main idea is that we want to move away from the practice of “mask-shows” and corruption suits by the SBU employees, to stop dispersing our resources and to receive a strong and modern intelligence service that accumulates powerful human intellectual potential and can adequately counteract the most complex challenges of Ukraine. The reform process is ongoing, and I invite experts, analysts, and anyone who cares to join in creating change. Glory to Ukraine!

secretary Committee of the Verkhovna Rada of Ukraine

on national security, defense and intelligence