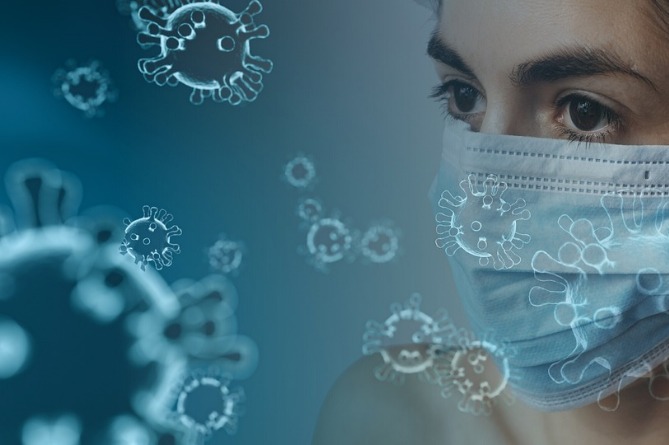 The world economy has been in troubled waters since late 2018. The US - China's trade war has rattled markets and triggered significant changes in global supply chains. Many industrial giants have been actively discussing the dislocation of production facilities from China to Southeast Asian nations such as Vietnam and Cambodia seeking to reduce the negative impact of trade war. The January 15, 2020 signature of the US - China partial trade deal, which envisaged steps to root out intellectual property theft, forced technology transfers, and a $ 200 billion increase in Chinese purchases of US goods over two years, seemed to have a potential to take world economy off the life support mode.

However, the novel Coronavirus (COVID - 19) outbreak, which started in Chinese Wuhan city, has launched its seemingly unstoppable march around the globe since late January 2020. Already in late February it appeared in 38 countries and on March 11, the World Health Organization declared a global pandemic as the COVID - 19 rapidly spread across the world. The governments have started launching drastic measures in attempts to contain or at least mitigate the impact of the outbreak. These measures include the closure of borders, the suspension of flights and the placing of entire cities and regions in quarantine. The US President declared travel ban from the Schengen border free area on March 11 and a national emergency on March 13. In recent days some European countries, such as Poland and Ukraine, have also introduced total travel bans. Although travel bans do not apply to the movement of goods, they will definitely have a negative impact on the world economy, especially in sectors such as the tourism and airline industries.

As economists sought to calculate the negative impact of Coronavirus, yet another blow hit the world economy - the oil-sector collapse between Saudi Arabia and Russia, which occurred in Vienna on March 6. Saudi Arabia was in demand for a substantial further production cut , (current OPEC + production cuts of 1.7 million b / d were extended until the end of 2020, instead of March 31 as initially envisaged, with an additional reduction of 1.5 million b / d for the same time period), while Russia just wanted to prolong the production cuts applicable until March 31, 2020 for another three months. Already on March 7 Saudi Minister of Energy visited Aramco headquarters and company thereafter sharply reduced (by $ 6 to $ 8 / b) price differentials for its crude oil exports in April. A few days later, the CEO of Aramco stated that he had received a directive from the Ministry of Energy ordering him to increase production to 12.3 million b / d in April, instead of the current 9.7 million b / d. As a result of these actions, oil prices plunged by almost a third on Monday, March 9, the largest drop since the 1991 Gulf War. With the COVID - 19 outbreak slowing trade, transportation and other energy-intensive economic activities, demand is likely to remain weak. Even if Russia and Saudi Arabia resolve their differences, global oil glut could keep prices low for years. COVID - 19 and oil price decline brought about turmoil in world economy. On Monday, March 9, global stock markets hit the biggest single-day fall since 2008. This record crash was surpassed on March 12, when the Dow Jones Industrial Average and S&P 500 Index hit the largest single-day percentage fall since the 1987 stock market crash. Despite the fact that on March 13 the US stocks posted their best day since 2008, in general stock markets have recorded serious losses during the march 9-13week. The US Federal Reserve made an extraordinary decision to cut interest rates almost to zero on Sunday March 15 to prop up the US economy, but on Monday, March 16, all the indexes posted major losses again.

Amid these global shocks experts in Armenia are seeking to assess the impact of the oil price decline and COVID - 19 on the Armenian economy. Armenia has witnessed quite strong GDP growth in the last three years (7.5 percent in 2017, 5.2 in 2018 and 7.6 in 2019). In 2019, key drivers of growth were trade and services, which together accounted for 54 percent of GDP and 5.3 percent of GDP growth. Other pillars of 2019 economic growth were a 32 percent increase in copper concentrate exports (562000 tonnes / 637 million USD), a three fold increase in car imports (189000 cars) and a 14.7 percent increase in tourism (approximately 1.895.000 tourists visited Armenia in 2019). The Armenian currency, Dram (AMD), has been the most stable currency of the region for the last five years. After the 20-22 percent depreciation in December 2014, the AMD has a very stable value against the USD in the January 2015 - February 2020 period.

At the beginning of the outbreak Armenia seemed lucky to avoid the negative developments. There were no identified cases until March 1 and only one case in the period March 1-10. Thus, the Armenian government has made only a few steps regarding the outbreak such as visa free regime with China at the end of January for the period of two months and land closure with Iran and Tehran - Yerevan flights starting February 24. However, the rapidly growing number of identified cases (from 4 in the evening of March 11 to 64 in the morning of March 17) forced the government to take tough measures. The Armenia - Georgia land border was closed on March 14 for a period of 10 days and a national emergency was declared on March 16 for the period of one month (until the evening of April 14).

Thus, despite sound economic indicators for previous years, Armenia faces a tough economic outlook for 2020. All currencies of opposing states, (Azerbaijani manat, Georgian Lari, Turkish Lira and Iranian Rial) have depreciated since January 2015 and the Russian ruble has lost almost 10 percent of its value as a result of oil prices slump since March 9, 2020. This makes Armenian exports less competitive especially in the Russian market, which continues to be the top destination of Armenian exports (27.2 percent of all Armenian exports for the January - September 2019). The 10 percent of depreciation of the ruble will result in a decline in the average Russian consumer's purchasing power, which will put additional pressure on Armenian exporters. Most likely, Armenia will face a decline in remittances coming from Russia (almost two billion USD remittances were sent to Armenia in 2019 and Russia accounted for one billion 55 million of them), which will also have a negative impact on the Armenian economy.

Meanwhile, due to worldwide travel restrictions, the world tourism sector will face its worst year in decades. This means that Armenia will lose one of the key pillars of its economic growth in 2020. Simultaneously, the Coronavirus outbreak driven economic slowdown has already triggered a moderate decline in both copper prices and demand (the copper price on the London Metal Exchange at the end of February 2020 was US $ 5573 / t while the end of January 2020 was US $ 5621 / t.

Thus, the Armenian economy is simultaneously facing multiple negative trends - a sharp decline in the tourism sector, a decrease in copper prices, a possible decline in remittances sent from Russia and a decline in exports to its key destination. The closure of passengers' flow at the land borders with Georgia and Iran (the only two functioning land borders of Armenia) will have an additional negative impact. All these factors may result in a decline in government revenue and an increase in the budget deficit.

One of the measures to mitigate the impact of Russian ruble depreciation on Armenian exports could be the moderate and eventual depreciation of the Armenian currency (up to 7-10 percent). We have already witnessed some movement towards that direction as the Armenian dram has lost approximately 2 percent of its value against the USD in the recent week. Economic experts are actively discussing other possible measures such as tax breaks for the tourism sector and the decision by banks to provide loan payments postponement for the period of 3-6 months. However, most likely the Armenian government will revise its expectations of 4.9 percent GDP growth for 2020 and even embrace itself for the possible GDP decrease.

Meanwhile, the global economic slowdown and oil price slump entails also security risks for Armenia. Here the key threat may come from Azerbaijan. Despite several efforts implemented by the Azerbaijani government economy is still heavily dependent on oil revenues and the 2020 state budget is calculated at an oil price of $ 53-55 per barrel. Thus, if the average oil price for 2020 is in the range of 30-40 USD, Azerbaijan will face significant economic problems and even recession is quite possible. It should be emphasized that April 2016 hostilities in Nagorno-Karabakh followed the tumultuous 2015 when Azerbaijani Manat undergone through two sharp depreciations and spontaneous anti-government protests broke out in several Azerbaijani towns in January - February 2016. Thus, there is a possibility of resumption of hostilities in Karabakh as a tool to divert the population's attention from socio-economic problems and unite people around the government against an external enemy. However, it should be noted that both Armenia and Karabakh are much more prepared than in April 2016 and this should be a deterrent factor.

Nevertheless, in 2020 Armenia may face its most difficult year in economic terms since 2009 when due to the 2008 global economic crisis, Armenian GDP declined by more than 14 percent.

Vladimir Kopchak: "Military-political aspects of aggravation on the Armenian-Azerbaijani border"