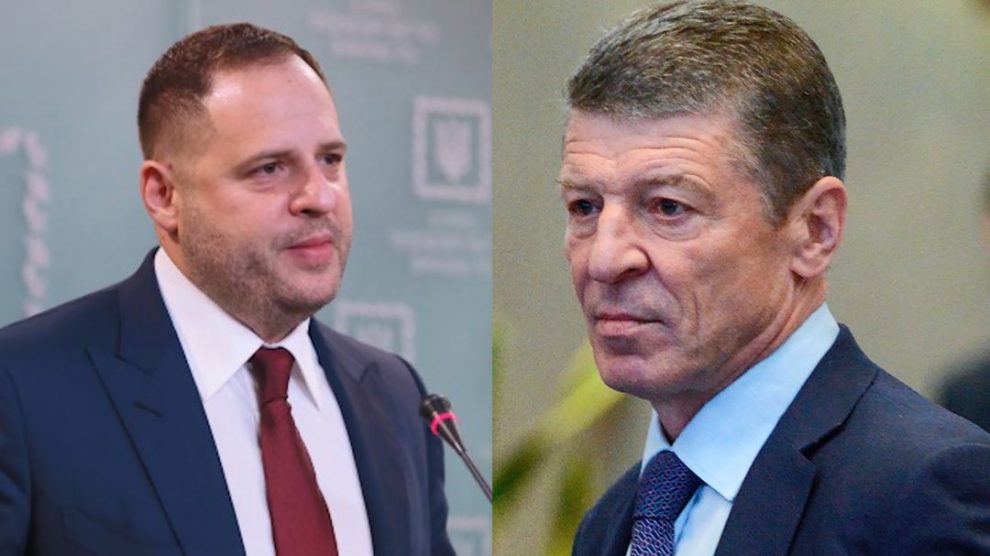 In Minsk, on March 11, representatives of Ukraine in the Tripartite Contact Group (TGG) signed a document on the establishment of an Advisory Board in which ORDLO is represented as a subject and Russia as a guarantor observer at the level with Germany, France and the OSCE, not as an aggressor. The documents were published on March 13 The Mirror of the Week. Arrangements were made ahead of the March 17 announcement in the country of quarantine to stop the spread of coronavirus. Despite the ban on mass meetings on March 14, several thousand people gathered in Kyiv for a rally for Volunteer Day, against the recognition of the ORDLO as participants in the negotiations, and against the Russian version of the war in Ukraine as a "civil conflict". PolUkr.net's experts believe that it is likely that Zelensky's team will not create this Council until the fall, or may abandon the idea against the background of public rejection. Among the risks of implementing the provisions on the Council, according to security expert Mikhail Samus, are the legalization of the occupying power and the potential lifting of sanctions from Russia. Razumkov Center expert Alexei Melnyk believes that there is a split in the presidential team on this issue, but at the same time there are incompetent people or those who probably have pro-Russian views and do not mind the opportunity to bring them to life.

State treason or simply enforcement of the Minsk Agreements

The decision to set up the Council is due to be signed on March 25 after consultation with representatives of the OSCE, France and Germany. From Ukraine, the corresponding protocol in Minsk was signed by the second president Leonid Kuchma, from Russia Special Representative Azamat Kulmukhametov, from the OSCE Heidi Grau, from ORDO and ORLO Natalia Nikonorova and Vladislav Deynogo. Andriy Yermak, Head of the Office of the President of Ukraine (OP), also participated in the negotiations.

Opposition members in the Verkhovna Rada called the protocol "a state treason." In particular, the EU Member of Parliament Volodymyr Viatrovich addressed a letter to the SBU Chairman Ivan Bakanov, asking for criminal proceedings for anti-state actions committed by Ermak and Kuchma.

He added that the Minsk process lasts for 6 years, the Minsk agreements are the only document peacefully signed by Ukraine and supported by international partners, in particular through the introduction of sanctions against the aggressor on the basis of Minsk. He also added that the agreements were signed by the previous President Poroshenko, and they stipulate that Ukraine should agree on a number of provisions of its future constitutional reform in terms of decentralization and local elections with representatives of the ORDLO, and throughout the years TKG meetings have been representatives of the occupied Donbas districts.

"For 6 years, the only representatives of the territories that are not TCG participants, but present at the negotiations, were people from the so-called LNR and the DPR, with whom we as a power did not gather and do not intend to," said Ermak.

He explained that the creation of the Council is necessary for the implementation of the Minsk agreements and for the EU to continue its sanctions policy on Russia. He added that the legal recognition of the representatives of the armed groups “is not in question”.

Ermak did not give a clear answer on what criterion the Council would select people from the occupied territories. However, according to the protocols published in the media, their side will determine the ORDL independently.

“Establishment of the Consultative Council is a formal step towards the implementation of Minsk”, - expert Mikhail Samus

Deputy Director of the Center for the Study of the Army, Conversion and Disarmament Mikhail Samus believes that formally creating the Council is in accordance with the Minsk agreements signed by Ukraine in its time against the backdrop of the Illoway and Debaltsiv boilers. However, now the Zelensky team would rather pause in the next steps to create this Council, and will probably wait for more favorable events for Ukraine in Russia, against the background of falling oil prices and intentions of the Kremlin President Putin to remain president forever.

“Formally consultations with ORDLO are stipulated in the Minsk agreements. But this, in terms of our law, is a worthless document - not approved by the Verkhovna Rada or the government. It does not work in our legal field. Rather, it is the gentlemen's agreement, which is however mentioned in the decisions of the UN Security Council.

The creation of the Advisory Board is a controversial issue. It is formally a step towards the implementation of Minsk - to consult with representatives of ORDLO. Minsk's main problem is that Russia is not mentioned as an aggressor. Both Minsk agreements are spelled out so that Russia looks like an intermediary there.

Until now, the Ukrainian side has taken a hybrid position, especially under President Poroshenko, who say domestically that Russia is an aggressor and an occupier. At European venues that Ukraine will perform in Minsk. At the same time, meetings were held in Minsk with the participation of the ORDLO representatives.

What is initialed now is confirmation of what is written in Minsk. So the confirmation of the line that Ukraine spoke in the EU - We promised to fulfill the Minsk agreements, Russia is not the aggressor there, and Ukraine has signed them. Now it is not treason, not victory, but a statement of this version, fixed in Minsk.

The logic behind Zelensky's team in creating the Council is to resolve the conflict in the Donbas. This is the president's main election promise. Minsk agreements should end the conflict. If you implement the document as it is spelled out, then the conflict must end. Another thing is that at the expense of Ukraine's interests.

In fact, according to Minsk, separatist regimes that are independent of Kyiv in domestic and foreign politics are being pushed into the political body of Ukraine. They will be able to block Ukraine's Euro-Atlantic aspirations and intentions for EU integration. On the other hand, Minsk should create a constant tension for Ukraine, constantly fueling the protest base.

The greater the influence of separatist regimes in Ukraine's domestic politics, the greater the confrontation in the country. In addition, Russian special services will provoke separatist movements in different regions - Transcarpathia, Bessarabia, Bukovina. All this is easy to do in times of instability.

The promotion of this version of Minsk may in the future lead to a revision of EU sanctions on Russia. If Ukraine goes for the implementation of this plan, recognizes that Russia is not an aggressor, but a mediator who has sympathy for one of the parties, it will in fact mean that Ukraine takes full responsibility for the events in the Donbass. Then sanctions, compensation for victims and destruction in the Donbass can be lifted from Russia. For burned down homes, scrapped and exported to Russia, destroyed infrastructure. Yermak, who signed it, has to understand that he has incurred huge financial losses for Ukraine.

I think there will be no mass protests or riots now, because the process of implementation of the agreements signed by Yermak is frozen until at least summer - the borders are closed, there are no flights to Minsk, everything is frozen for at least two months quarantine.

I do not think that then work will be restored. Putin will hold a nationwide vote on April 22 for the presidency. Then, on May 9, he will talk. Next is June-July. So by September this issue will be removed from the agenda. This is a good opportunity for the Ukrainian authorities to get out of the situation, as we have not yet had enough mass protests and unrest.

I hope that by September, the Russians will not advance the theme of Donbass in their scenario. All the chances are - low oil prices (Russian Urals oil costs about $ 25 per barrel, the Russian budget is priced at $ 42, 60% of Russian budget revenues come from oil and gas sales - PolUkr.net), Putin's frantic actions of wanting to cement himself forever as a first person. I think by September something will happen in Russia that they will not have before the Minsk agreements. The main thing for the Ukrainian authorities is not to make fools and wait for the Putin regime to fall. Then it would not make sense for the West to remove responsibility from the Russians. We need to push the Kremlin with one roll of responsibility for the war in Ukraine, ”says Mikhail Samus.

"The authorities in Kiev initially took a risky step, now trying to justify, correct or pause it," - expert Alexei Melnyk

Alexey Melnyk, co-director of foreign policy and international security programs at the Razumkov Center also believes that Zelensky's team will now take a pause on the work of this Council, because they have come across a sharp rejection of the active part of society and even some of the deputies of the ruling party "Servant of the People". At the same time, he believes that Zelensky's team has some of those who have pro-Russian views on the world and embodies them when brought to life.

“The idea of ​​the Advisory Board is quite critical in Ukraine. Even among the large number of deputies of the ruling “Servant of the People”. This means that the president's team has failed to convince not that the opposition, but even its entire team, that it is not treason and that it does not legitimize illegal armed groups. Therefore, Ermak's arguments turned out to be unconvincing, and there is good reason to say that the head of the OP has, for some reason, been sufficiently amenable to offering his Russian visa, Deputy Head of the Presidential Administration of Russia Dmitry Kozak.

Rendering consent to the creation of the Council is a dangerous step towards the legalization of representatives of the occupying power in ORDLO as parties to the conflict.

The reaction to the arrangement in society arose immediately. Authorities in Kiev, in their own style, initially took the risky step, now trying to justify, correct or pause it. Hopefully now will take a step back. This document was not in favor of Ukraine's position in the negotiations on the settlement of the situation in the Donbass.

Attempts to soften sanctions on Russia in different EU countries will continue. If Ukraine gives rise to this, it will make it easier to work for a pro-Russian column in the European Union.

Zelensky's team lacks sufficient understanding of how complex and lasting the war in the Donbas is. They have a desire for quick results that can be “sold” to society. This desire outweighs the critical thinking about the undesirable side effects that certain steps entail.

They do not have the promised strategy of solving the problems of Donbass and Crimea, as they are going to return these regions and reintegrate. There is a solid improvisation against the background of unprofessionalism.

At the same time, there is some part of the Ukrainian political party that sees events in a different light. They have a closer pro-Russian view of the situation. Remembering Zelensky's first statements "just stop firing" is either a very simplistic view of the problem, or a constant effort to do populist things, or the influence of Russian mass media.

I think they will put a pause in the creation of this Council. Because there is an active part of society that can strongly resist these initiatives. Disregarding them, especially in conditions of nervousness and coronavirus, can lead to a severe destabilization of the situation, ”says Alexei Melnyk.

Diplomacy of "medical masks" in the service of Ankara's interests

The war between Armenia and Azerbaijan: how is Russia playing in the Nagorno Karabakh conflict?

Narratives war: an analysis of information security threats in Kazakhstan