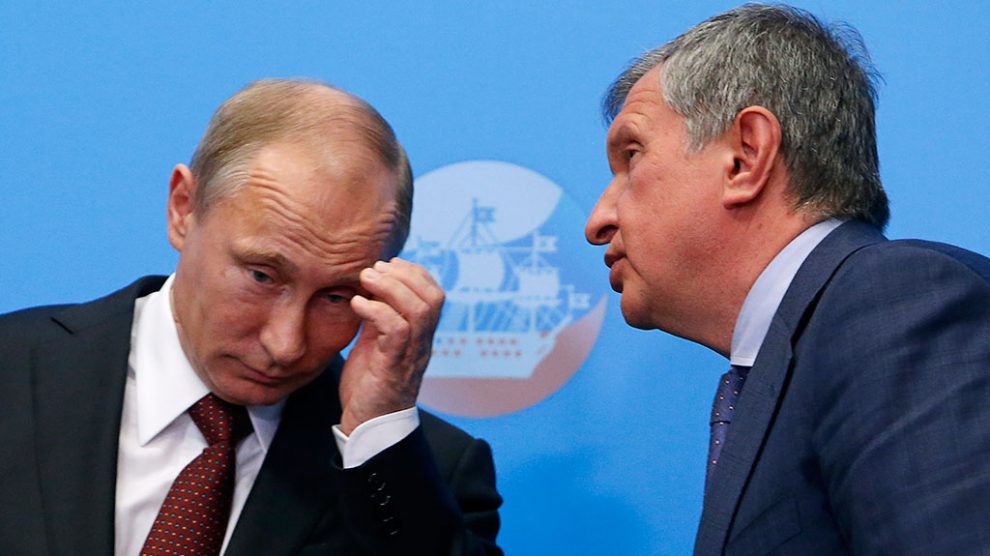 The price of Russian crude oil - a mixture of Urals - has fallen in Europe to an unprecedented level since the financial crash of 2008, when a record fall of 31 percent was recorded as a result of the stock market crash. It is possible to draw an even deeper analogy with the 1991 war in the Gulf.

The world oil market continues its "free fall" amid the rapid spread of the coronavirus outside China and Russia's refusal to support the OPEC + production restriction agreement.

Prices for major crude oil benchmarks have been falling for weeks. Here is, for example, the price chart for the Brent brand for Urals as of Monday, March 9.

Trading on Asian exchanges led to a price range of just over $ 31 a barrel, while during the day, with the resumption of trading on stock and commodity exchanges in Europe and then in the US, the situation was out of balance. This trend is unstable as May futures are below daily quotes. Investors and traders do not believe that a stable bottom has already been reached and expect a further fall in prices.

Vladimir Putin has decided to go "va-bank" and is ready to lose $ 300 million a day in order to deal a fatal blow to the US shale industry and to remove it from the equation of the world market of crude oil. This is probably the asymmetrical answer he promised - an act of retaliation for the damage done to Nord Stream-2 and sanctions that he seems unable to lift.

Last time, Putin was unable to push the US shale industry out of business, and it survived prices below $ 40. Most analysts believe that this time there are no reasons why things will be different. Small players in the US are likely to suffer, but most of them have most likely secured themselves from the risk of a stock market crash. But even if they did not, the period of ultra-low prices is unlikely to last long.

Putin cannot continue this game and will ultimately lose strategically, though he may get some intermediate victories. The Russian economy is already in a rather bad state without it and cannot take all the new shocks now.

Putin's actions are a desperate bluff of a poker player who does not have strong cards. It is likely that the closest to Putin, Sechin persuaded him to abandon the deal with Saudi Arabia, but he risks recession and devaluation of the ruble, which, in combination with sanctions, can launch "black swans" in Russia, just before discussing changes to the Constitution.

Goldman Sachs has predicted that this time prices could fall to $ 20 a barrel, which in turn will serve as a push to self-destructive processes in the Russian commodity economy.

The Central Bank of Russia may continue to print billions of new rubles at the ruble's falling rate, but this is unlikely to help curb the growth of the federal budget deficit. Putin will have to increase the tax burden on oil companies and other tax cash cows, or he will have to abandon social promises aimed at "selling" his plan to Russian voters to retain power with the amended Constitution. Undoubtedly, this is the biggest adventure in the political life of Vladimir Putin.

Beniamin Poghosyan: "Recent escalation along the state border of Armenia-Azerbaijan - the main reasons and possible scenarios in the logic of Yerevan"

Benyamin Poghosyan: «What next in Karabakh…»