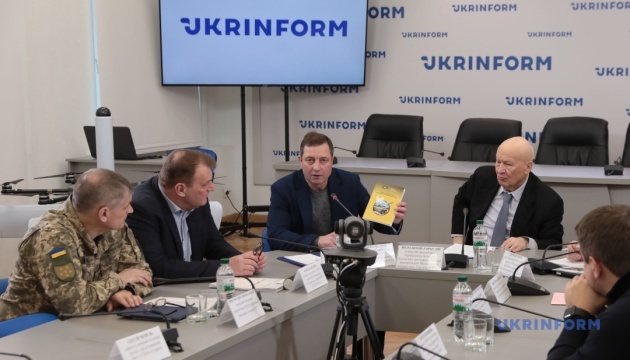 In terms of rearmament, Ukraine should focus on the latest technologies and the creation of combat robots.

About it during round table in Ukrinform on the topic: "Key Emphasis in the Development of Ukraine's Defense Potential" said Director of the Center for Army Research, Conversion and Disarmament Valentin Badrak.

“We need to not overtake other countries in terms of rearmament, but to make a hyper-jump and to focus on new technologies. For example, we have talked a lot about the possibility of unmanned aerial vehicles and strike land and sea complexes, that is, combat robots. And these are not such great resources. This can really be done and such units can significantly strengthen our Armed Forces, ”Badrak said.

He stressed that Ukraine is the least technologically re-equipped compared to other countries. For example, Estonia has attracted a European company to install missile weapons on combat robots, Russia has been testing Uranus in Syria for several years now, which also has missile weapons. Belarus has received state-of-the-art SU-35 aircraft, 16 S-300 SAM divisions and five TOR-M2E batteries in recent years. In doing so, Belarus has advanced to develop its own unmanned aerial and ground systems and recently introduced a drone unmanned helicopter that can hit targets up to 2 km. These are serious examples that make Ukraine think about new technologies. According to the expert, there are 4-5 companies in Ukraine that can develop unmanned aerial vehicles. Similarly, there are companies that produce combat robots.

If you create public-private consortia even under the auspices of Ukroboronprom, Badrack noted, domestic manufacturers can create strike complexes in less than a year.

Benyamin Poghosyan: "The US foreign policy during a possible second term of President Trump: Implications for the Eastern partnership countries"