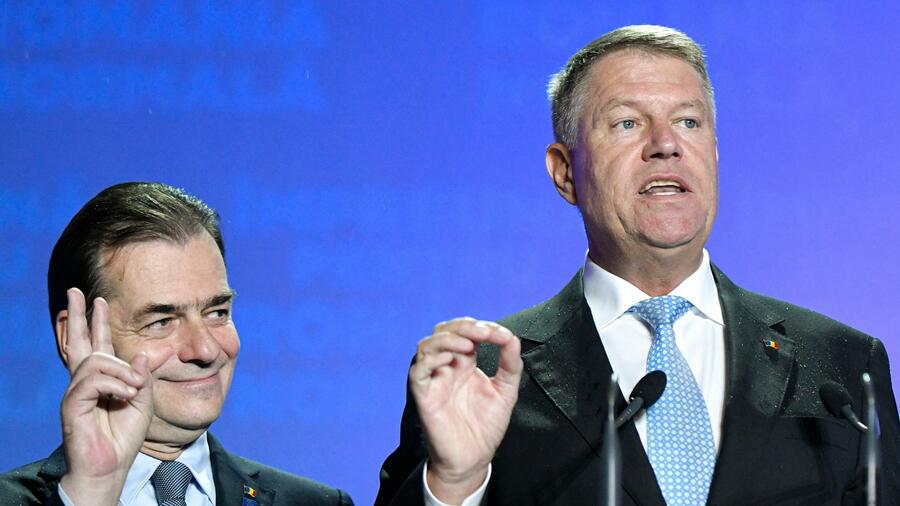 February 5 this year Louis Orbán's government has been given a vote of no confidence. 261 MPs from the Social Democratic Party (PSD), the Romanian Democratic Union of the Hungarians (UDMR or RMDSZ - the Hungarian minority party), Pro Romania (marginalized by Livio Dragne, Social Democrats) and the rest of the Liberal Democrats (Liberals and Democrats) voted in favor ALDE (PSD-related Liberals), which is 28 votes ahead of the 233 required for government resignation. For comparison, in October 2019, the Social Democrat government, led by Viorica Dancilla, was removed by only 238 votes.

For those who follow Romanian political life, the National Liberal Party (PNL) government failed a vote of confidence is not a surprise. PNL controlled directly 22% of the parliament, and had to agree with each party in parliament on any law it was about to pass. That is, in the run-up to the next parliamentary elections, it was in a rather difficult position. In addition, the Constitutional Court ruled that the government could not be held responsible (ie avoiding any debate in parliament when passing a law) over some key pieces of legislation that were already in parliament and were awaiting a vote on them. This decision jeopardized the efforts of liberals to repeal some of the controversial economic legislation passed by previous Social Democrat governments.

The lack of a clear majority in parliament also made it difficult for Louis Orbán to make emergency decisions. Any resolution adopted by the Cabinet of Ministers during this period could subsequently be declared invalid by Parliament.

In addition, the PSD has one more advantage to date - being the largest group in both houses of parliament, it can control all the way the law goes through them, and therefore shape the parliamentary agenda. In addition, the former government also retained a number of PSD loyalists in key positions or "captured" entire government agencies. Without an obvious majority in parliament, it is simply impossible to remove or replace these individuals.

In order to get parliament's approval of their own bills, the Liberals had to resort to some blackmail: either the opposition agrees to new laws or regulations, or there will be early elections. In fact, the Orbán government did so when it amended the electoral law, in particular allowing local elections to vote for mayors in two rounds and increased representation for the Romanian diaspora. As a result of this move, the Social Democrats and the Romanian Democratic Union of Hungarians have called for a vote of no confidence in the government.

Despite this fact, given the party's current popularity, in particular because of Klaus Johannis' sure victory in the presidential election, the actions of the Ludwig Orb government indicate that PNL does not want to lose the right moment and wait until December for the next parliamentary elections. In other words, by making changes to the electoral law, the Liberals deliberately worked for early elections. Such estimates are confirmed by the results of a public opinion poll published in early February. Yes, to date, PNL support is at 47% - which is actually the best result of the party since its inception. The Social Democrats support, 20% of voters are the lowest since the presidential election. That is, for liberals, early elections are an opportunity that cannot be lost.

Considering the negative experience of the PSD board over the last three years, there is no question today of another term of the majority headed by Parliament. Although 261 MPs voted for the resignation of the government, the Social Democrats do not have a capable majority in parliament, and no other party wants to join any unions.

Moreover, before the next election, Klaus Johannis will definitely not offer the post of head of technical government to any of the Social Democrats or their candidate. The unpopularity of the PSD makes any participation in the pro-government coalition unlikely, but President Johannes does not want to lose the fruits of his victory. According to a report prepared by the PSD National Council and published by its former Minister of Culture, Ionuz Wolpescu, the party will fight for 25% of the vote in the next election.

It should be noted that the procedure for initiating early parliamentary elections in Romania is complex and has not yet been implemented. In order to announce early elections, the parliament must reject two proposals for the post of prime minister within 60 days. This approach, in particular, was applied in 2009 by then-President Traian Basescu. But then, in practice, it was demonstrated that it is much easier to convince the opposition MPs that it would be more beneficial for them to yield to their principles, form a parliamentary majority and support the presidential party.

However, the likelihood of early elections is growing significantly this year. First of all, because both President Johannes and Prime Minister Orban are interested in this, and they are obviously ready to go through the aforementioned complicated procedure for early elections. In addition, the Social Democrats, who are now exhausted by the leadership of their former leader, Livio Dragni, are also interested in this development. The current party chairman, Marcel Cholac, is seen as a transitional decision while its influential members - former Prime Minister Mihai Tudose, Bucharest Mayor Gabriela Fiera or former Labor Minister Olgut Vasilesku - are waiting for the right moment. Also, because of the loss of popularity, PSD cannot hold a position until December 2020 and hope for PNL errors during this period. It is more expedient for the party to begin real internal restructuring and confront the PNL and the Romanian Salvation Union (USR) in early elections than to simply expect nothing to change.

At the same time, the Social Democrats will only agree to an early election if the mayors are elected by a system of relative majority that plays to the hands of those who hold the office today, that is, the current PSD measures. Orbán's proposal to hold the election on the contrary is advantageous to the candidates.

If in the local elections, the mayors will still be elected in one round, the USR will suffer the most. Applying a relative majority system in local elections will mean that voters will be reluctant to cast their votes for third party candidates because they will be perceived as having little chance of winning. Such features of the system benefit the Liberals as they reduce the likelihood that those PNL supporters who have not yet become disillusioned will vote in local elections for USR candidates, especially in the close race between Liberals and Social Democrats.

The large agreement between the Liberal and Social Democratic parties on early elections is currently not ruled out. PSD is ready to support their holding in exchange for PNL reversing its decision to elect mayors in two rounds. Both PSD and PNL may suffer losses from such an agreement: the former is likely to lose polling stations, which will pay them for three years of poor governance, while PNL will lose its reputation as a reform party (at least in the near term). In addition, if such an agreement does take place, the Constitutional Court must also express its position on it. What it will be until it is known.

Bucharest: Everything Goes to Early Elections?