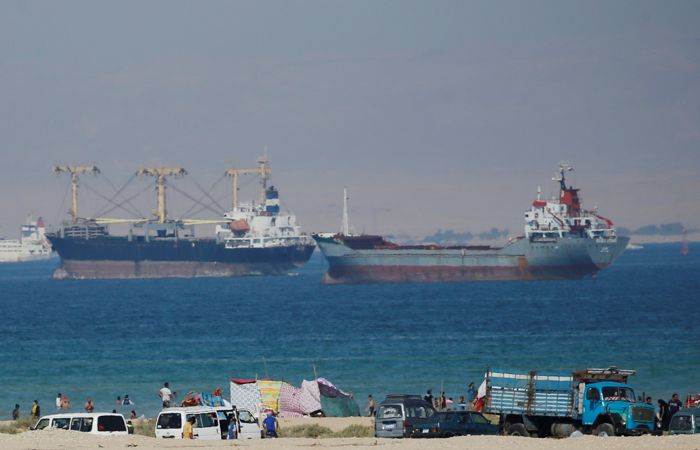 Traveling to distant countries is always fraught with some discomfort. Night flights, connections with long waits or, on the contrary, with such short transfers that it is necessary to hurry so as not to be late for your flight. Difference in time, acclimatization. And all this for a couple of days, just to listen to people whose problems are not very similar to yours. And yet, these trips are extremely useful, useful, first of all, because they allow you to look at the world from another point, at a new angle. And in this sense, the trip to India for a grand, without exaggeration, conference Raisina 2020 completely met my expectations.

For us, the inhabitants of the outskirts, but still of Europe, it is difficult enough to imagine the scale of what is called the Asia-Pacific region. It is easy to say - a region with more than a third of the world's population living in the same region, living with their problems, dreams, wars and conflicts. Back in the last century, everything that was happening in the outside world really concerned us little. For the inhabitants of the Indestructible Union, the Earth began with the Kremlin, and ended at the border of the USSR, for me - in Batumi (it was impossible to even go to Sarpi), for someone - in Chop, Brest, Lenkorani, and so on. In 1991, there was no “border on the castle”, but the mental border remained. Let's look at the map, here is Europe, here is Eurasia, here we are, Georgia and Ukraine, almost in the center. And here is the vast Russia from St. Petersburg and Novorossiysk to the Pacific. There are still our neighbors and brothers unfortunately from Central Asia. It's all right, but Earth is known to have a ball shape, so any geographical point can be placed in the center of the map. I remember a friend of mine was very surprised to see a geographical map in Indonesia, in the center of which, for some reason, was Indonesia…

So, the first conclusion is that when we talk about international politics, let's mentally map our countries, and then things will look a little different. In particular, it may be that we are halfway from Delhi to Berlin, and some of the former fraternal republics are halfway from Beijing to Paris.

We know from history that in ancient times, people lived in subsistence farming. In general, this is not quite true, all people have never lived in natural farming. Even the ancient Phoenicians and Greeks began to wander the open sea in search of what is better and what is cheaper. However, transportation was expensive and dangerous. To protect themselves from alien bandits and robbers, their bandits and robbers were hired. This is how entire states emerged. Today, technologies have evolved so much that to bring goods from point A to point B is cheaper than ever, and something tells me that the process of cheapening will continue. But there is a nuance. And it is that along with rapid commodity exchange competition between routes of delivery of goods from the seller to the consumer will grow. It is clear that the one who will provide the cheapest and safest route will win. The task is as follows, there is one large space that has already turned into a worldwide factory for the production of goods. It is about the Asia-Pacific region. And there are two huge markets, with huge financial and technological resources - talking about the US and the European Union. Access to the goods manufactured by the factory should be optimized. China's experience has shown that both sides benefit from this exchange. It is the turn of the Southeast Asian country and, of course, India.

What does this mean for us, Georgia, Ukraine and other post-Soviet countries? Here is an example from our history. At the end of the XI century Tbilisi was considered a terrible outback of the Middle East, and already in the first half of the XII century it became a flourishing shopping center. What has changed? Trade routes have changed, as a result we have a golden age in the history of Georgia, no less than the merits of David the Builder and Queen Tamara, without this circumstance, a golden age would hardly be possible. Today, technologies have changed, but the essence remains the same. Trade routes are a powerful driver of economic development. About the Chinese megaproject "One belt -one road" is written so much that you do not want to repeat. Let us limit ourselves to the fact that the political situation in the Middle East gives our countries a unique chance to become the main land route of this megaproject. To do this, it is necessary to build the port of Anakliya and modernize the railways of Kazakhstan, Azerbaijan, Georgia and Ukraine. The task is general and it is necessary to perform it together. The understanding and political will of the leadership of our countries is needed.

But One belt - one road is not the only project in which our countries can be integrated. The Indian Silk Road project can be just as promising. About this project is still little known, and even less say, and meanwhile, it was announced in 2009 by Hillary Clinton, as the last Secretary of State of the United States. Now, more than ten years later, this project has been discussed again. In particular, Uzbek Foreign Minister Abdulaziz Kamilov spoke about his country's readiness to participate in the project at the Raisina 2020 conference. The Minister's speech was largely programmatic, he set the task of resolving all disputes with neighboring countries, connecting Afghanistan to regional projects of Central Asia and creating a transport corridor Central Asia - Afghanistan - India. It is clear that one of the main options for the continuation of this corridor is the corridor Aktau - Alat - Anaklia - Odessa (Burgas, Constanta - depending on the destination). Another road to Alat and further along the Baku - Tbilisi - Kars and Kars - Izmir railway. Here again, the task of building the port of Anakliya and modernizing the railways of the countries listed above, plus Afghanistan and Uzbekistan, are in full growth.

Connecting the Trans-Caspian International Transport Route to the One Belt One Way Megaproject and the Indian Silk Road should be a priority for Central Asian and Southern Caucasus countries. And it's not just about the economy. The common interest in the implementation of these projects can be a driver for solving the local problems that have been inherited since the collapse of the Soviet Union. Of course, I am far from thinking that an interest in a project can be resolved by the conflict in the Karabakh conflict. Much more serious motivation is needed here, for example, to solve the problem of integration into global markets for all three countries of the South Caucasus.

The same applies to Central Asian countries. The success of modernization projects in Ukraine, Azerbaijan, Armenia, Georgia, Kazakhstan and Uzbekistan depends directly on how successfully our countries will be integrated into the world economy. The time is right for this, virtually all the elites of the post-Soviet countries are in search of effective measures for self-preservation. It is clear that the preservation of the elites is impossible without solving social issues, and this in turn - without the development of the economy.

Let's look at the prospects of implementing a single space project that connects the Asia-Pacific region with the largest market in the world. The strengths of this project are:

Instead of a conclusion

It is clear that not all of the content in this material is a reality today. In the already existing project “One belt - one way” our countries have yet to prove the feasibility of the proposed route. Not to mention the prospects of the Indian Silk Road project. However, the need to join forces to integrate into the global economy is something that is relevant today.

In today's world, economic development equals integration with global markets. However, it is impossible to do this on your own. It is impossible to argue with geography, and therefore the task of synchronizing efforts is obvious.

Of course, each country has its own interests that sometimes conflict with one another. And here we have come to a fundamentally important moment - until the local elites realize that the only way to develop their countries, and therefore their own self-preservation, is the priority of common interests, and no forward movement can be discussed. There can only be temporary local successes and attempts to escape from reality.

We are on the threshold of the birth of a new world, a world of rapid exchange of information and goods. Of course, sooner or later everything will be there, but the sooner the better.