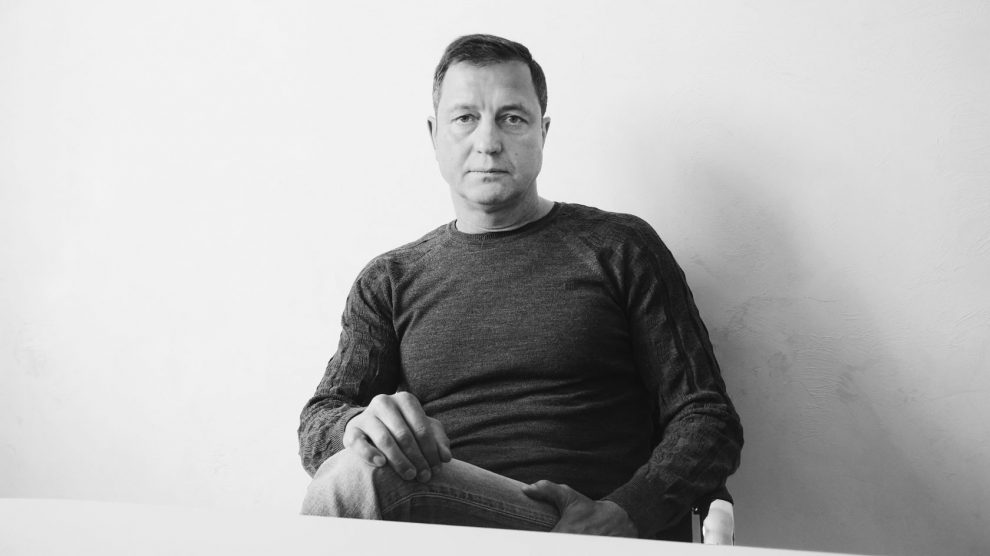 Director of the Center for Army, Conversion and Disarmament Studies on the prerequisites for Russian aggression, the specifics of the Donbas hybrid war, what direction the Armed Forces of Ukraine should develop, and whether to count on international partners.

What can be considered a point of reference when the issue of Russian aggression was only a matter of time?

Speaking in Bucharest in 2008, Putin called Sevastopol a Russian city and said that more than 17 million Russians live in Ukraine. In spreading such fakes, in fact, he was already conducting an information operation against Ukraine. After that, it became clear that the moment would come, which Russia would surely take advantage of.

What prerequisites were acceptable for Russia to launch an attack?

Let's put it this way: if it weren't for Yanukovych's traitor with his entire team and, eventually, the Revolution of Dignity, if we had a powerful army, Putin would not have gone to war with Ukraine. Be it because, above all, he understands what power is.

It is worth noting that Putin resorts to cruel action only when the target cannot protect itself. It is sad that, knowing Russia's preparation, we did not respond, did not prepare the army and technology for resistance.

Were the military actions in Georgia a direct signal to Ukraine?

In the fall of 2009, we saw that Russia was allowing itself to use the armed forces to protect its political interests. This was precisely the moment when the cycle of preparation for war ended with a legislative decision. At the same time, it was a signal that Russia was ready for war not only with Georgia but also with Ukraine.

Together with Vladimir Gorbulin, we published an article in the Mirror of the Week entitled "The Conquistador in Iron Armor." It stated that Russia was ready for war. However, we must realize that this is not a prediction: we did not expect the war to be in this form, but even then we understood that Russia was a loaded gun that would certainly fire.

What is the essence of hybrid warfare?

It is similar to any other war through which Russia tried to suppress one's national position. In the Russian sense, any development in the post-Soviet space can only be coordinated through Moscow. The very term "hybrid war" is used in the case when propaganda and other information manipulations are used simultaneously with the military lever.

It should be noted that Russian propaganda does not end within Russia. It is about the whole Russian-speaking space, where Russia is trying to wash the brains of the Russian-speaking viewer of any country in the world. It is interesting that these channels pay more attention to Ukrainian issues than to the problems of Russia itself.

What are the tools of a hybrid war?

First, Russia uses the intelligence services very actively. Among their activities are: committing massacres with Ukrainian patriots, undermining well-known figures who participated in hostilities and defending Ukraine, and recruiting Ukrainians for terrorist acts.

Second, political loosening, attempts to destabilize Ukrainian society, for example, through the label of nationalism. This will facilitate various rallies and public events against the official Ukrainian authorities, which will show differences between the authorities and society. This allows Moscow to influence Kyiv's position.

Third, the use of information stands in all international organizations, where Russia is represented, for the purpose of fighting the information tribunes of the world. Such a strategy makes it possible to influence some foreign politicians and opinion leaders and to promote their involvement in anti-Ukrainian actions. For example, a visit to Crimea by a delegation of Italian or Czech parliamentarians certainly has a very negative impact on Ukraine.

How would you assess the impact of information fighting in the framework of Russian hybrid aggression on Ukraine?

Things related to the effect on consciousness are more important and important than artillery shelling or sniper attacks on the front line. Anything that can act to undermine and change consciousness is an important component of a hybrid war.

What are the Armed Forces of Ukraine at the moment?

Today, the Armed Forces of Ukraine are a uniquely powerful force, but they cannot yet be called the Institute for the Suppression of Aggression. In order to be like this, Ukraine must have a sufficient number of high-precision weapons, powerful air defense, air force and artillery. In addition, you should not forget about communication and automation systems, as well as the protection of soldiers.

If Ukraine had such a defensible army, Russia would have faced so much casualties in the war that would have caused social collapse that could have stopped the enemy. When I talk about the potential casualties among the Russian army, I mean about 50 people. We have not reached this level yet, but we can talk about the possibility of creating such an army in 4-5 years.

How do you see the development of the Armed Forces?

Now it is worth reviewing the development of the Armed Forces in the direction of the latest defense systems. I would divide them into three types: detection and surveillance, defeat, control and communication.

The first type allows to detect the enemy by means of electronic reconnaissance. The second is the defeat with the help of such missiles as "land - land", "land - sea", as well as adjusting artillery fire. The third is to improve the military command and communication system.

How do you assess the steps taken by the Ukrainian authorities to reintegrate the Donbas?

The reintegration efforts that are currently under discussion and discussed have problems with consistency and therefore have some risks. In my opinion, it is first necessary to guarantee security and a complete ceasefire, to establish Ukrainian border control, and only then to resolve things related to the transformation of regions: to hold elections and launch reconstruction. Russia is de facto dominant in the Donbas today, but peace at any cost is an unacceptable strategy.

On diplomatic efforts: should diplomacy always be backed up by military forces?

Diplomatic work is very important, sometimes even top priority. At the same time, any diplomacy will face obstacles if it is not backed by military forces. If diplomacy does not rely on a powerful military lever, it is in fact doomed and fails. And it is necessary to take into account not only the military lever, but also the general security issues, which also include intelligence and information security.

How much can we count on for military support from the United States and the European Union in the event of an open war?

From the very beginning of Russia's attack on Ukraine, it was clear that none of the Western partners would help us. Moreover, it is not just about sending your own military contingents or means of military-technical assistance. Unfortunately, we have even faced the fact that in many European countries we were de facto embargoed on the sale of weapons and critical weapons.

It is no secret that Germany, Italy and France are at the beginning of economic cooperation with Russia today. The Kremlin is skillfully building up a number of circumstances in which European countries will swallow not only the current situation in the Donbas, but also a large-scale military conflict between Russia and Ukraine - such a situation is extremely dangerous for Ukraine.

From the US side, we see the restraint of assistance from the last two administrations. The Obama administration was even more restrained. It is possible that this year's presidential election in the US will change something, but in any case it is not necessary to count on an easy solution to this issue.

Since the beginning of the war in the east, our Center has insisted that Ukraine should develop a rearmament strategy in a way that focuses mainly on its own forces.

Speaking specifically about the US?

If Ukraine consistently upholds its position on Western values ​​and Euro-Atlantic integration, then we will have a great chance of achieving the desired level of alliances with the United States. At the same time, we need to understand why we consider the United States to be our primary ally. The fact is that the US is actually the only country that can help us without looking back at Moscow. I mean helping with weapons and technology, from consulting and training to ideas like a former landing lease. Simply put, we could get a lot of help from the US, but today we still have a lot of work to do.

How do you assess US President Donald Trump's activities in the military?

Trump is an unpredictable and risky person who does more for his resonant image than for the development of his own country. Unfortunately, Trump's attitude toward Ukraine is built solely through the prism of his own interests. The situation with the attempt to blackmail Biden and defer assistance to Ukraine clearly illustrates this. Based on such realities, he is a negative hero for us, and his presidency as a whole is a challenge for Ukraine. It would be positive for Ukraine if someone else came to the post of US President.

What is your position on selling Motor Sich? Can we sell a similar enterprise to China with a strategic ally in the US?

In the context of the Motor Sich plant, it is fundamentally important for us that technology owned by the state cannot fall into the wrong hands, and in this case, the foreign state. At the same time, having a strategic partner and ally in the face of the United States, we must also consider their interests in order not to damage the system of our relations. After all, the United States is perhaps the only one who can help us with weapons and technology.

To what extent is it possible to involve the UN peacekeeping mission in resolving the Donbas conflict?

In my opinion, a peacekeeping mission is only possible if there is a complete ceasefire. In other words, Putin must be really inclined to stop military aggression and put an end to the pressure on Ukraine. However, given Putin's position today, I do not see such prospects.

Almost every day we hear about the deaths of Ukrainian servicemen in the east. From this we can conclude that Russia continues the war, despite no one, and in fact ignores both the Minsk agreements and the Normandy format. In view of such realities, I see no prerequisites for a peacekeeping mission.

Interview published on the site The Kyiv Review

Round Table: Passport Policy as a Tool for the Kremlin's Hybrid Influence on the Post-Soviet Space