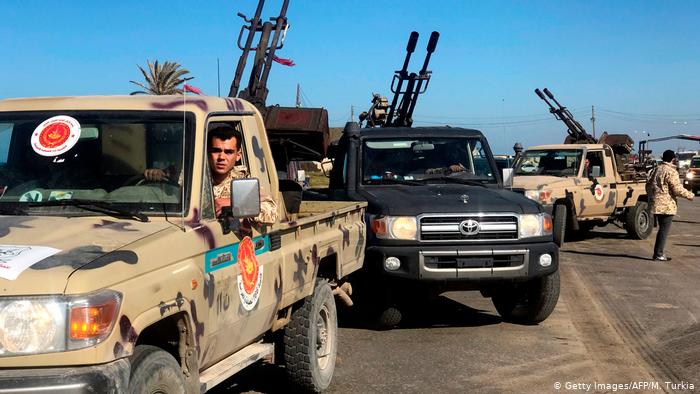 In my opinion, today it is not necessary to consider linearly the logic of the confrontation between Turkey and Russia in Libya.

The fact is that Ankara may, in fact, be situationally seriously interested in enhancing its role and enhancing Russia's presence in Libya. In the geopolitical game, Turkey has almost already turned Russia into a major player against the West. We saw a similar, run and mirror scenario in Syria, and now we have a similar picture in Libya.

At the same time, Turkey has not made Russia its ally in the game against the West. Ankara seeks to negotiate with Russia on its own. With France having a tense relationship with Turkey in virtually every direction, Paris does not regard Ankara as an influential foreign player in Libya. As for the US, Ankara's and Washington's relations are far from being in the best of condition; Americans do not particularly listen to Turkey's opinion when it comes to geopolitical interests. Turkey is interested in participating fully in the negotiations on Libya, but the United States and France are preventing it. It remains the only channel in the face of Russia, which itself is in a similar position as Turkey ... Moscow is trying to represent Turkey as a representative of Tripoli, and Ankara, in turn, is trying to represent Russia as a representative of General H.Haftar. (Supporters of the latter do not support the presence of either Turkey or Russia in negotiations on the Libyan issue). In fact, both Turkey and Russia are opponents, their interests in Libya are very different.

The focus on the Ankara-Moscow confrontation often casts a shadow on the fact that the main players in Libya are France and the United States. Washington skillfully creates the appearance of a suspension from the Libyan negotiation situation. But even the absence of the United States at the recent international conference on Libya in Berlin should not mislead us. The rejection of the Americans by Libya is for now a myth and someone's desires. I do not think that this is possible in the near future, remembering that it was Washington who made the major efforts, spent enormous funds and played a major role in overthrowing Muammar Gaddafi's regime. In addition, both the current UN-backed National Government agreement with the Tripoli headquarters and forces led by Libyan National Army Commander General Khalifa Belkashim Haftar have direct links with the United States. The same Paris communicates with both opposing parties, trying to moderate the conflict in its own interest. And the ongoing personal rapprochement between the presidents of Russia and France on many issues should signal Ankara.

Moscow will certainly try to interfere with the Libyan presidential election after the creation, launch and visible stability of the country. Recall that the first ever presidential elections in Libya were to take place in the spring of 2019, but due to the offensive of Khalifa Haftar's forces in Tripoli were postponed indefinitely. Russia supports Seif al-Islam Gaddafi, son of Muammar Gaddafi. Support is provided through political, financial means, as well as through the media.

In my view, the Kremlin does not have strong, singularly critical levers of influence over General Haftar, who controls much of Libya's territory, and with it oil exports.

Dives between Ankara and Moscow regarding Russia's transfer to Libya of Wagner's mercenaries are more of a backdrop for the confrontation and elements of the information war. Several hundred Wagnerians in Libya are more about the Kremlin's intention to expand its presence in Africa as such. But Wagner's PMC fighters are unlikely to be able to significantly influence the ongoing processes in Libya.

Although Turkish President Recep Erdogan claims that the number of Wagner fighters is more than 2000, Turkey wants to demonstrate to the world that General Haftar is ruled by Russia, and Ankara has a key influence on Libya's head of government. But this, again, is a simplified picture. Faiz Saraj maintains close relations with France, they are more essential than Turkey.

Just like General Haftar, there is no single chief or curator. Therefore, if Moscow alone requires it to cease hostilities, it may ignore it. Which, incidentally, he had already demonstrated when leaders of Turkey and Russia at a famous meeting in Sochi called on both parties to the ceasefire. Haftar then, in effect, rejected those appeals. The same can happen after the recent talks in Berlin.

Today, there are signs that Turkish policy towards Libya is failing. Turkey's prospects in this conflict appear hazy. The settlement of the Libyan crisis is moving into the diplomatic channel, and this conflict, in fact, has no force solution.

The Tripoli assault has ceased, its results are zero, and the hybrid war in Libya has been going on for 6 years. Yes, Turkish troops are officially in Libya. Turkey has previously supported certain Libyan clans, and will continue to do so. However, conflict between outside players is unlikely.

Egypt is trying to play its game (where Moscow's positions are also growing), sabotage, point sabotage and provocations against Turkish troops are possible on its part. We are talking about Egyptian proxies, supported by certain clans, mercenaries from Sudan, who are quite capable of such actions. A frontal conflict between Turkey and Egypt is unlikely, as Cairo is unlikely to decide to enter its regular army into Libya.

There will be no direct clash between Russia and Turkey in Libya. The incident with the Russian plane crash in Syria was remembered, after which both sides made this scenario impossible.

At the moment, we are seeing a Syrian scenario in Libya, but without a similar scale in military terms, since there is one front against General Khavtar's army. Just as Bashar Assad formally requested help from Russia, Tripoli also asked for support from Ankara. The scenario is a mirror one. At the same time, Ankara was interested in resolving the Syrian problem with the Kremlin. The main negotiations were conducted with Russia. And now Turkey is trying to bid on the future of Libya exclusively with the Kremlin, at least to demonstrate a mutually decisive role in this matter. I do not think that in Libya at least local skirmishes are possible between external players such as Syria, when there Wagner militants tried to seize oil fields.

I would also like to cite an interesting fact. 100 years ago, Turkish troops defended Tripoli in the fight against the British and Italians, and even the founder of the Republic of Turkey Mustafa Kemal Ataturk fought here. The historical ties between Turkey and Libya are very strong. Libyan national hero Omar Mukhtar fought against the Italians. Tripoli is a historically symbolic city for Turkey, which is why it is so important for it to protect this city for the second time. But this is not just about historical sentiment, it is about cooperation in the energy field. In November 2018, the authorities of Turkey and Libya signed two memorandums of understanding. The documents on Security and Military Cooperation, as well as on Restriction of Jurisdiction at Sea, were signed following the meeting between President T. Erdogan and Libyan Prime Minister F. Saraj in Istanbul. Libya actually gave permission for gas production in the Mediterranean. And now RT Erdogan is interested in maintaining the Saraj regime in Tripoli in order to maintain its activity in the Mediterranean region.

As for the opinion of the Turkish society on Turkey's participation in the Libyan conflict, the population is now systematically treated by broad state propaganda in favor of sending troops to Libya. System experts claim that the Libyan question is directly about Turkey's future, it is about the country's energy independence and so on. The fact that involvement in the Libyan conflict can bring a lot of problems to Turkey is silent. But this does not mean that there are no specific challenges and risks. Again, remember the Syrian conflict. The dubious successes of the fighting, about three and a half refugees in Turkey and so on ...

Turkey does not, in fact, have strong levers of pressure on Libya; it does not, for example, have much support among the Libyan people, so resolving the issue by force does not look promising for Ankara. Turkey will try to "break through" this issue of diplomacy. The hybrid war will continue, and this may turn out to be heavy casualties for Turkey (including, it is possible, military). This may not happen today, but in a few years.

Does the Kremlin have the right to interfere in Bulgaria's internal affairs with regard to World War II monuments?