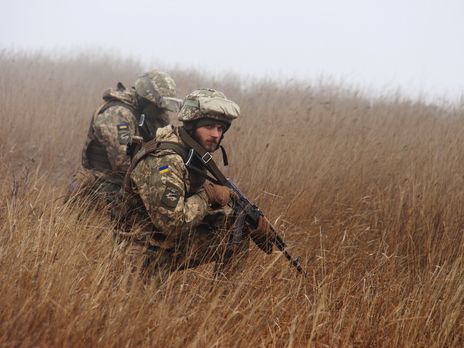 According to the CDAC, at this time, the multiplication of local and regional conflicts and the formation of a zone of managed chaos by Russia continue.

The neo-imperial expansion of Russia into Southeastern Europe, the Balkans, the South Caucasus, and the Middle East, North Africa continues. In addition to the direct geopolitical and military-political goals of establishing control over these regions, the Russian Federation aims at weakening NATO and the EU with their gradual destruction and expansion of westward and northwestward expansion.

The main task of such a Kremlin strategy is to destroy the world order that was established after the end of the Cold War and revenge for the collapse of the USSR. Formation of a new world order based on the agreements of the main players, among whom Russia will have an equal voice as a "pole of power". All other countries and regions should be the target of major players. It is about the creation of the so-called "world orchestra", which should include Russia, the USA, China, Germany, France, Great Britain, Japan. The role of the UN and other international structures will be offset.

Russia purposefully demonstrates the possibility of using the "right of force" to solve its own tasks in the international arena. The Kremlin demonstrates that the strong can do anything. International law is irrelevant. War and peace, occupation, aggression - all these basic concepts of international law are ignored by Russia, which blurs their meaning through "hybrid approaches" and the use of "proxy" models of conflict generation. At the same time, this trend, which resonates with Russia, is not rejected, but, unfortunately, is already perceived as an effective tool of modern international politics. Recent developments in the Middle East and North Africa demonstrate the "new reality" of "real politics" when "strong countries" can interpret the issue of sovereignty or territorial delineation of "weak countries".

Based on the above, Ukraine is in a difficult military and political situation. The war with the Russian Federation, which remains unannounced and therefore trapped in "hybrid" (largely, blurred frameworks), is the determining factor that will shape the situation both outside and inside our state.

At the same time, given the trends initiated by the new leadership of Ukraine towards finding ways to end the war with the Russian Federation, settle the conflict in the Donbas and restore territorial integrity (including the return of the Crimea), it is possible to predict a decrease in the intensity of direct fighting in the Donbas and partial reduction the likelihood of Russia launching a large-scale operation against Ukraine. However, it is obvious that the Kremlin will constantly use the possibility of exacerbation of the situation in the Donbass to improve its negotiating position or to directly pressure the Ukrainian side). Therefore, the situation in the Donbass will remain permanently tense and keep the format of the low-intensity position war.

The biggest challenge in the field of counteracting external threats to Ukraine will be the ability to rapidly transform the security and defense sector, which has been discussed for the sixth consecutive year. 2020 should be a period of active phase in the reform of the Armed Forces and other law enforcement agencies and intelligence agencies (intelligence and security laws). A deep reform of the defense industry is to be launched (defense procurement law, as well as preparation of the public sector for restructuring and privatization; forming a system of governmental coordination of the defense industry). The transition to NATO standards should not be symbolic but practical in the day-to-day operations of headquarters and troops. This includes, inter alia, the distribution of the training and deployment of troops (the creation of training and operational commands).

Particular emphasis should be placed on the development of intelligence systems and special operations forces.

At present, military threats from the Russian Federation include, first and foremost, the sharp increase in the likelihood of massive use of both ballistic and cruise missiles, the improvement of electronic warfare and reconnaissance systems, the widespread use of unmanned aerial systems, the dominance of the Russian Navy in the Black Sea.

On this basis, the main focus in the development of the Armed Forces of the Armed Forces should be placed on missile weapons (including cruise missiles and ballistic missiles with a range of more than 1000 km, which must be the backbone of the instrument of deterrence of the aggressor), missile and air defense systems, electronic warfare, electronic combat mosquito fleet concepts for the Navy (in particular, the creation of missile offshore platforms).

At the same time, it is necessary to flexibly approach the search for specific solutions for solving certain functional problems. In particular, autonomous and robotic systems that can replace traditional means (submarines, mine-trawl systems, marine patrol aircraft, etc.) should be widely used for the Navy. For the Air Force, the development of shock unmanned aeronautical systems that can fulfill the tasks of traditional aviation should be continued.

At the same time, due to the fact that in the period from 2014 the time was lost for the implementation of the stated tasks of re-equipping the Armed Forces, it is proposed to use military-technical cooperation with partners to meet the urgent needs of the troops and the fleet. At the same time, it is necessary to continue developing and arming the OVT of the production of the defense industry of Ukraine.

Video of the press conference from the Glavcom press center on "National Security and Defense: Challenges and Tasks in 2020" can be viewed - here.

On the border of two nuclear powers: what are the consequences of the conflict between India and China

Shanghai Cooperation Organization in a New Format of Geopolitical Realities