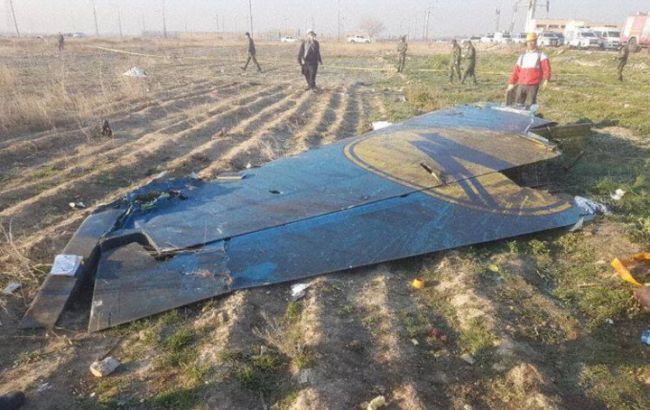 The CDAC believes that Ukraine's position on the causes of the Ukrainian Boeing crash in Iran should be based on reliable and objective information. The statements (that is, the positions of the military-political leadership) of the US, Canada and the UK regarding the possible destruction of the Ukrainian aircraft by Iranian missiles, apparently, are based on the data of the intelligence means available to the respective intelligence agencies of these countries.

Unfortunately, Ukraine does not have such technical facilities (reconnaissance satellites, strategic UAVs and other technical tools capable of documenting missile launches of Iranian SAMs near Tehran). Most likely, the Ukrainian leadership received intelligence from the region about the circumstances of the plane crash. However, these data obviously cannot provide clear confirmation or denial of information regarding the strike of the Iranian SAM on Ukrainian aircraft.

In this regard, the only sure option of Ukraine's action in the current situation is to obtain maximum assistance (including the maximum possible amount of intelligence) from the US, Canada, the United Kingdom and other NATO countries, active and intensive participation of Ukrainian specialists in during the investigation of the circumstances of the plane crash in Iran, processing, evaluating, analyzing the information obtained and forming on the basis of the whole set of data the basis for decision making and specific steps.

The sensitivity of the situation and the importance of making clearly-worded decisions in the situation surrounding the Ukrainian Boeing disaster is compounded by the approaching start of the lawsuit against MH17 in March this year. Any hasty step and wrong decision in the Tehran disaster could be used by Russia to influence the M17 litigation. Therefore, the painstaking and professional work of developing an actual evidence base based on objective and reliable information in these hours and days is critical.

It should be added that if Iran did knowingly knock down Ukrainian Boeing using an anti-aircraft missile system, it could be classified as an act of aggression. Because, according to international law, an aircraft is a territory of the state. It means that the use of military force against a Ukrainian aircraft is the use of military force against Ukraine.

In fact, it is now about making decisions that can affect the development of the regional and global environment. In this regard, the process of preparation and adoption of these decisions should be as thorough as possible and taking into account all possible factors and consequences.