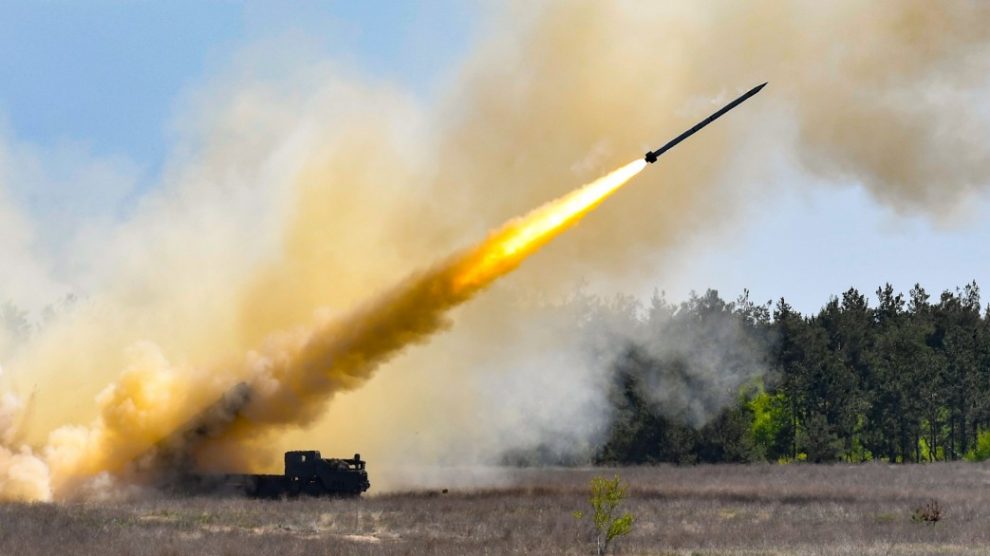 Have there been any significant changes in the defense-industrial complex of Ukraine during 2019? What achievements can you talk about, and what important things have remained unrealized? What security and defense risks should Ukraine be prepared for in 2020? About it - in the comment of the director of "Center of research of army, conversion and disarmament".

- The situation is annoying, as for me. In the context of slowing down the rearmament of the Armed Forces of Ukraine, within the framework of the defense budget for 2019, the Ministry of Defense proved unable to spend several billion hryvnias. According to various sources, it is from 5 to 8 billion hryvnias.

This hit quite hard on the creation of a "digital army".

- Is there something that has been successfully completed?

- So. Well done the test NPC "Neptune". This gives hope that in 2020 Ukraine will have its own production rocket wing.

Plus - a positive in the field of creation RSAW "Alder".

In 2020, Ukraine will be able to hit the enemy accurately at a distance of 70 kilometers.

- In your opinion, what conceptual questions about the security of Ukraine have not been clearly answered?

- From my point of view, the new government did not answer to myself and the society about what the Ukrainian army of the future will be like. Unfortunately…

Talks on "NATO standards" have raised problems of redeployment priorities, that is, the creation of adequate defense capabilities.

There is an impression that the military leadership did not decide this for themselves.

- And what are the main security risks for Ukraine in 2020?

- The first key risk is political.

The frenzied anti-Ukrainian information campaign around the world, the frankly increased support of pro-Russian, ie anti-Ukrainian politicians, and in general, the formation of powerful anti-Ukrainian forces - all this leads to say that the Putin Kremlin has gone on the offensive.

У CDDA statement we note that not only the population of Russia, but the world as a whole is carefully imposed on the idea of ​​"absorption of Ukraine", or at least "management of Kiev".

Interesting trend of the end of 2019: everyone who is ready to defend Ukrainian with and without weapons; all who are ready to defend their home, their land, in Russia are openly called "punishment and Nazis".

Why so? Quite a simple explanation: the Russian establishment is well aware that the only real force (and therefore a threat) is to increase the national dignity of Ukrainians and the readiness of the people for armed struggle.

That is why Russian propaganda has launched a powerful multi-level information war, the key points of which are: "In Ukraine, the Civil War is ongoing"; "Ukrainian war participants are Nazis and dangerous to society, potential or actual criminals"; "The only formula for the" survival "of Ukrainian statehood is union with Russia."

What is the Ukrainian government doing? He continues, following Poroshenko's tradition, to lose motivated people to the army.

Against this background, the main goal - creating a controlled Ukraine - is much closer to Putin today than it was in 2014 and 2015.

This is a statement of fact - from the analysis of the situation.

Accordingly, purely military and power risks are increasing, as negative military scenarios are possible under the guise of "protection" and "release".

Even more than before, Ukraine needs a powerful army - to change the rhetoric in relations with hostile Russia, to protect the state and to patriotic upbringing.

I think that the most powerful and authoritative in the society The Armed Forces of Ukraine can become the basis for cementing the national idea, strengthening the national movement through the development of all forces of defense, territorial defense, comprehensive youth hardening.

As we emphasize in the statement, action must be taken immediately. NATO standards are needed, but they cannot be a top priority for building defense capabilities.

"The motivation of the soldiers of the future army must be fought because the vacuum of action will be filled. Just as for the development of domestic weapons - the West will choose the first thing between reconciliation with Moscow or the Ukrainian armed forces! ”- we emphasize.

From the MO report on budget utilization and contracting

The Ministry of Defense reported:

“During the fourth quarter, due to the concentration of resources of the Ministry of Defense of Ukraine, it was possible to conclude contracts for the supply of the second batch of US-made Javelin missile systems. We also order similar missile systems from our national manufacturer. We have several artillery reconnaissance stations, about 100 armored vehicles of various types and armored vehicles, several planes, ”said the Deputy Minister of Defense Anatoly Petrenko.

"Two contracts with the US government for the Foreign Military Sales Program, and one contract with the NATO Support and Supply Agency. This allows us to use all the resources that exist in the arms market - national, non-state, as well as foreign manufacturers and suppliers. ”

“In 2019, we operated within the budget resource of 16 billion 790 million hryvnias. This financial resource is 100% funded by the state for the needs of the Armed Forces. Our budget execution rate is 99,3%. 0,7% are contracts that continue to be investigated, taking into account the risks that need to be eliminated »

“Three billion hryvnia commitments have been made in three months. Funds have been used, ie products of a military nature of UAH 3 billion have been accepted. Much work has been done to reduce current receivables and there have also been successful examples of overdue receivables and the supply of essential equipment to troops. ”

"State contracts for the supply of products from foreign suppliers were concluded and the problem contract was unblocked and the bankruptcy of the State Enterprise was made impossible"Kharkov Design Bureau for Mechanical Engineering named after A.O. Morozov»For the supply of armored personnel carriers BTR-4E to the troops.

These machines have already come into service with one of the mechanized crews. This is really the first time that we so massively supply the critical nomenclature of armored weapons to the troops and we are optimistic about the future of 2020, ”Anatoly Petrenko said.

«Now there is an unmanned aerial vehicle of operational range which can be used in shock variant. We have an automated artillery management complex, we also have a radar station for counter-battery fighting - this is all that was done in the framework of the state defense order by all participants of the process - it's customers, manufacturers and it's operators »

"This is where we are investing, expecting a result as early as the first half of 2020," the MO said.