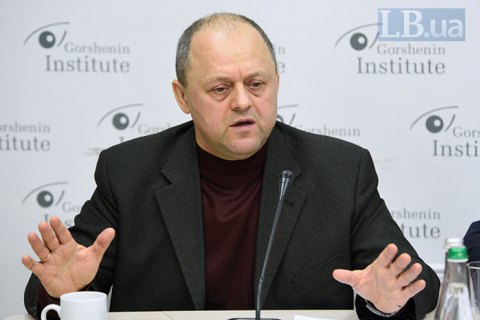 Russia's neighbors have higher standards than other NATO members.

The implementation of NATO standards does not undermine national defense objectives, especially for Ukraine and those countries that have a real military threat and do not yet have Alliance support.

About this during a roundtable "Will the implementation of NATO standards in the Armed Forces increase Ukraine's defense capability?" Head of the Expert Council of the "Center for Army, Conversion and Disarmament Studies" (CACDS), First Deputy Minister of Defense of Ukraine (2005 - 2008), Deputy Minister of Defense of Ukraine (2014) Leonid Polyakov stated at the Gorshenin Institute.

“Some issues are standardized in NATO, but in some countries their standards remain higher than in the Alliance. For example, the standards of Sweden and Finland, which are close to Russia, are higher than in other NATO countries. Of course, all this also applies to Ukraine, ”the expert emphasized.

Leonid Polyakov also noted that at present the powers of the Minister of Defense of Ukraine only partially meet NATO standards.

“Last year, they passed the Law on National Security and finally implemented one of the democratic standards of NATO that the minister should be a civilian politician, a representative of the party that won the election. Finally, it was implemented - for the first time, because past ministers did not meet these criteria. But, at the moment, our Minister's powers are in full compliance with NATO standards. This also applies to defense, military police and military counterintelligence. The minister should have all these powers and in this sense we will have to go a long way, ”said Leonid Polyakov.

Adil Kaukenov: COVID-19 pandemic as a trigger for the US-China confrontation

Engin Ozer: "On non-linear logic or Turkey's role in the Libyan confrontation"

How to get rid of Gazprom? Plamen Dimitrov about the new gas era in Bulgaria