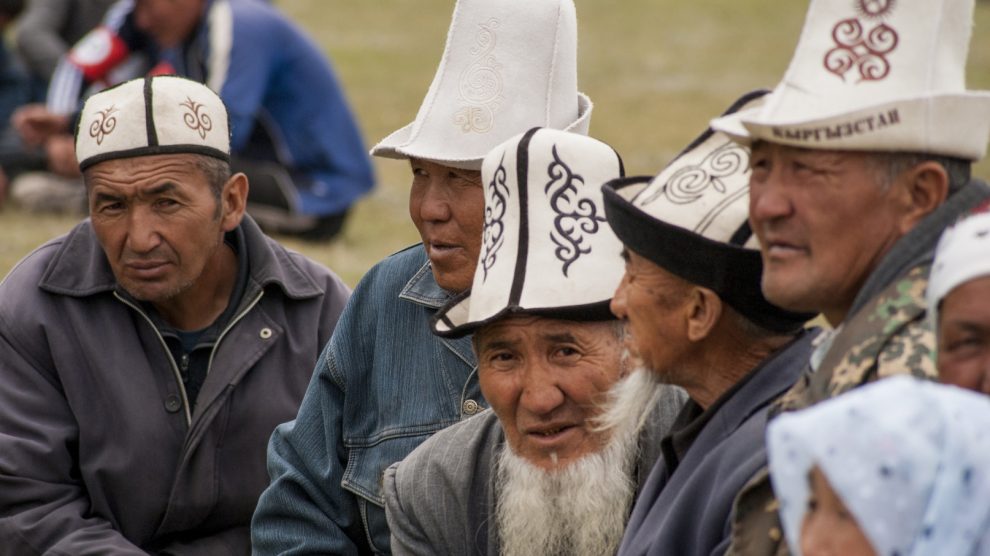 The Center for the Study of Army, Conversion and Disarmament presents an article by Medet Tyulenov, a lecturer at the International and Comparative Politics program at the American University in Central Asia (Kyrgyzstan), on the development of the internal political situation in Kyrgyzstan in the context of the 2020 parliamentary elections.

Innovations in the electoral process since the 2015 parliamentary elections have made the election process more transparent and responsive to the vote of the voter. The introduction of citizen biometric data and electronic voting have made voter registration and vote counting more honest. The voter gained much importance.

Political competition also intensified in the elections. For the first time in the 2010, the opposition party (Ata-Jurt) took the most seats in the parliamentary elections, and in the following 2015 elections, 14 parties participated in the elections and six went to parliament. The SDPK, as the party of the president, had the greatest chances and passed with the highest number of votes. Ata Meken, being the party that came to power after the forcible change of power in 2010, has hardly overcome the electoral threshold in this election. Two parliamentary parties, Republic and Ata-Jourt, united under one brand (Republic-Ata-Jourt), while Kyrgyzstan, Onuguu-Progress, Bir-Ball participated for the first time in the elections, but went to parliament.

If after the election of 2010, the party could be characterized as participants in two main blocs (SDPK and Ata Meken as representatives of the opposition who came to 2010, and Ata-Jurt, as representatives of yesterday's government and the current opposition), then 2015 parties were sluggishly structured around the SDPK. The presidential election was also quite competitive. Current President Sooronbai Jeenbekov has hardly received 54% of the vote in the 2017 election.

The next parliamentary elections (Jogorku Kenesh) of the country are scheduled for 2020, and this smoothly approaching event is already beginning to determine the current political situation in Kyrgyzstan. The peculiarity of the current period is the early preparation for the elections, which was not the case before - more than a year before the elections, parties are beginning to announce their intention to participate in them. The current electoral cycle began with the election of the President of the country in 2017 by S.Gheenbekov and the party configuration that emerged under the former president will change next year.

How important is the election of 2020 to the current situation? First, it will mark the end of 2017's inter-presidential transit, secondly, how and by what rules the political elite are grouped and what consequences it may have and, well, third, whether there are any national development agenda for the next parliamentary elections.

Despite the fact that this is a parliamentary election and that the constitution of the president has a minimum of authority, the policy of the current head of state will largely determine the general and, in particular, the electoral one. The rift between the current and former president came almost a few months after the election and ended with the arrest of former President Almazbek Atambayev this year. The failed political transit, conceived by the former president as a scheme of informally retaining power with his men in key positions, ended in the fact that one of these key characters (the newly elected president) did not destroy that scheme. The problem with this political transit is that, without having his own autonomous political experience, President Zheenbekov did not create his own vision of the countries or the team that would help formulate that vision. The confrontation with the ex-president amounted to the destruction of his power and human resources, including the rupture of the authority of the Social Democratic Party of Kyrgyzstan (SDPK), chaired by A. Atambayev.

With the largest faction in parliament, the SDPK no longer has the resources needed to run in the 2020 election. The protracted struggle between the presidents and the appearance of Zheenbekov as president of Atambayev created a situation where less than a year before the parliamentary elections power. During the confrontation against the ex-president, one of the main strikes came on the SDPK, whose leader was Atambayev after leaving the presidential post. The new president has not indicated his preferences as to which party is his political base.

The second aspect of the election situation is the processes of regrouping the political elite. The likelihood of getting into party lists is usually determined by the blessing of the presidential administration of a key party and the grouping of other parties' financial capabilities. Unlike all previous elections under the proportional system, less than a year before the elections, there is no party in power in the country. By destroying the SDPK as a resource of the former president, the current president did not create his own and did not support any of the existing parties. Although the experience of the past elections shows that even parties formed a few months before the elections still have chances of going to parliament. Since the president himself cannot formally support any party, the signal of who is the party of power is likely to be the entry of the influential brother of President Asylbek Zheenbekov into it. At the same time, those who take the first steps have more opportunities to accumulate different resources in the electricity market. Some of the current parliamentary parties, such as Kyrgyzstan and Onuguu Progress, have declared their participation in the elections, the Republic - Ata Jurt is planning a convention at which it is likely to announce it.

Of great importance for the formation of party blocs is the changed electoral legislation, which increased the threshold from 7% to 9%. Adopted under the previous president in 2017, it remained unchanged under the current one. Conceived as a strengthening of the party system in which the SDPK occupied a leading position at the time, in the current situation, this innovation raises concerns about the risk of many parties not going to parliament. At the current threshold of 9% of 6 of the current parliamentary political parties in Jogorku Kenesh, only four would pass in 2015 - SDPK (27,5% of votes), Republic-Ata-Jurt (20,2%), Kyrgyzstan (13%), Onuguu-Progress »(9,4%). The concentration of an active political elite in fewer parties will exacerbate the electoral struggle and, in the case of some parties failing to enter parliament, the political one. The change of party deputies was a mass phenomenon in all previous elections under the proportional system. To a lesser extent, it affected the oldest parties - the SDPK and Ata-Meken, but the leaders of these parties (Almazbek Atambayev and Omurbek Tekebayev) are in detention and the chances of both parties (especially the first) in the 2020 elections are very low. The absence of strong political leaders reduces the likelihood of competition, some in public opinion discrediting themselves in the process of political strife between former and current presidents, and some are being prosecuted and residing outside the country.

The third, very important, but poorly manifested aspect of the election process is the formation of the country's development agenda. On the whole, the parties are amorphous enough and have not only a clearly designed platform, but a clearly marked backbone of people at their core. The electoral process does not discuss the ideas of the country's development and this is a problem for both the institutional (electoral and parliamentary institutions) and the public. Although voter counting has become more fair, there has been no demand for clearly worded programs, and parties are not institutions that can offer a platform for action during elections.

The next year marks the next election cycle where this problem will manifest itself. The growing socio-economic problems and the weakness of the current parliament and the government in responding to them creates an opportunity for the formation of a public inquiry, which has so far been formulated as a request for new persons. One expression of this is the recently formed Umut 2020 (Hope 2020) movement, aimed at civic education and criticism of the current parliament and led by former MP Shirin Aitmatova. This movement, as well as other groups, were the organizers of one of the largest protests that took place in late November following the publication of journalistic investigations into corruption schemes in the country's customs. This request, however, concerns more people than ideas and, thus, does not create a favorable environment for discussing the country's development through elections. The long-discussed idea of ​​extending the agitation period (previously practiced one month) and introducing more systematic debates of candidates and parties has not been embodied in electoral legislation.

The election agenda is largely determined by internal factors and internal issues are the main points of election programs, even if they are largely rhetorical. The main external actors (Russia and China) have no specific interest in the elections, and candidates and parties also do not have a clear election agenda for these countries. Although the topic of migrant workers in Russia and the benefits of participating in the Eurasian Economic Union are sometimes discussed in society, they are rarely updated during the elections by major parties. The topic of Chinese loans (more than 40% of the country's total external debt) has escalated lately, but it is unlikely that mainstream parties will designate it in their election programs.

From the beginning of next year, the election process will be more active and more clearly felt. The authorities only have time until the spring to indicate the prospects for possible changes to the rules of the game, especially on reducing the electoral threshold. This is highly unlikely due to the chosen non-interference approach in many of the processes that have been initiated earlier. The current system of rules allows consolidation of control over the leaders of party blocs. At the same time, these rules carry the risk that a number of popular and active politicians may turn out after parliamentary elections, which will make non-parliamentary policies more radical. With the possible deterioration of the socio-economic situation, a more opposition agenda for electoral campaigns and an aggravation of any tendency to use administrative resources during elections will increase. This situation is likely to come at least because, sooner or later, a party or parties will be designated as coming to power on behalf of the incumbent.

Defense plan of Ukraine: In the area of ​​special attention

Theon Akubardia: The risk of "Putinization" of Georgia. Or any success of Georgian democracy is a threat to the Kremlin