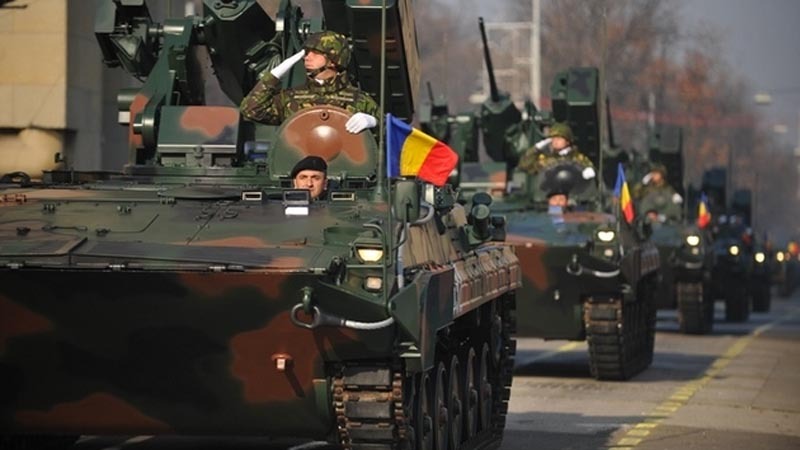 Romania's response to Russian aggression in the Black Sea region in the last five years has been in two main directions. First, Bucharest is seeking to make the Black Sea region one of NATO's priorities in its eastern flank. For this reason, it initiated the creation of the Bucharest Nine Initiative, which seeks to promote a unified vision within NATO on issues concerning the eastern flank. However, progress in this area is still relatively slow. Poland and the Baltic countries share Romania's view on the security situation in Eastern Europe, while this is not very interesting for Hungary or the Czech Republic.

The very cooperation in the Black Sea region is hampered by the lack of a unified vision of the threats facing the countries that belong to it. Unlike the Baltic States, which are united in assessing the nature of the challenges and threats, the situation is quite different in this part of the eastern flank of NATO.

Of the three NATO Black Sea countries, only Romania stands for increased NATO presence in the region. Bulgaria, because of its historical and cultural ties with Russia, is more reserved on this issue. At 2016, Sofia, despite initially agreeing to Romania's NATO Black Sea Fleet project, abandoned it at the last moment. Fortunately, Bulgaria is currently allocating a battalion for the Romanian multinational brigade Southeast.

Turkey's main ally in the Black Sea is Turkey, but Ankara has always had a personal stand on Russia. Prior to the 2016 coup attempt, Turkey had largely shared Romania's concerns about Russia's aggressive actions in the region. However, after 2016, tensions grew between Ankara and Washington over Syria, as well as overthrow in the US of a likely instigator of the coup against President Erdogan Fethullah Gulen. Ankara's decision to acquire Russian air defense systems sent a terrifying geopolitical signal to NATO allies. For the first time in NATO's history, Ankara's commitment to the Alliance has been called into question.

In addition, NATO cooperation is further complicated by different approaches to Russia by its individual members. France and Germany believe that strengthening NATO's presence in the East Flank will intensify tensions with the Kremlin, while strategic dialogue is the best way to de-escalate tensions with it. In its turn, Hungary, which today largely imitates solidarity with the Alliance, has for the past five years established closer ties with Moscow.

Romania supports the ambitions of Ukraine and Georgia to eventually become NATO members, but understands that this is unlikely in the current circumstances. Despite the weakening of the tensions in bilateral relations between Bucharest and Kiev since 2014, closer cooperation between the two neighboring countries is hampered by internal aspects, such as, for example, the new language law adopted by Ukraine in 2018. defense-industrial cooperation agreement between the two countries postponed.

Romania remains the main partner of Romania in the field of security and defense. In particular, they secured their military presence in Romania, which only grew after Russia's aggression against Ukraine. Bucharest would like to have a permanent US military presence on its territory near the Black Sea, but so far it should be satisfied with units on a rotational basis.

The second direction in which Romania responds to Russian aggression is to increase its armed forces' combat capability. Gradually increasing its military capability, Romania hopes to achieve two major goals: to demonstrate, on the one hand, that it is making a significant contribution to security in the Black Sea region, and on the other, to convince its NATO allies of the need to deploy its forces and capabilities. support her endeavor by herself.

Secondly, with a view to modernizing and enhancing its military capabilities, Romania has started allocating 2017% of GDP for defense since 2 and has promised to maintain this level of spending until at least 2026. In particular, around 2017 has been allocated in 10. technical re-equipment of the armed forces. However, there are three issues that can disrupt this process in the short and medium term. First, poor planning and overly complicated OTC procurement procedures have delayed some of the defense programs, the best example being the multi-purpose corvette program. Secondly, despite the fact that 2019 is the third consecutive year that Romania has allocated 2% of GDP for defense, it lacks the administrative capacity to utilize these funds effectively. Therefore, in 2017-2018 years, Romania did not reach its target of spending at the 2% level. Third, the Armed Forces retrofit program should have started earlier - as early as 2015, not 2017.

Against this background, the pace of defense procurement in 2019 was slowed. Romania has purchased only Spike-ER anti-tank missiles worth 60 million. Due to unforeseen logistical and technical delays, the delivery of Piranha 5 armored personnel carriers has been delayed until February 2020. and the Romanian private shipyard SNC, stuck in lawsuits. Unfortunately, Dutch Damen, who believes the tender was conducted in violation, appealed against it.

In the interest of completing the existing Romanian squadron of F-16 aircraft, negotiations have begun with the Portuguese government on the acquisition of five more aircraft of this type. The cost of the aircraft themselves is estimated at the level of 130 million, with another 180 million to be allocated for the modernization of the entire squadron to the latest technical standards.

In order to make the procurement process of the AAU more active and, in some areas, deadlocked, President Klaus Johannes and Prime Minister Louis Orban have decided to appoint the authoritative defense minister, both in Romania and beyond, the former NSA, combatant general Nicolae Chuke.

Overall, almost five years after Russia annexed Crimea and launched a war against Ukraine, Romania faces significant challenges in enhancing its defense capabilities and advancing its interests in the Black Sea region. On the one hand, Bucharest needs to defend its defense and security policies, and on the other, maneuver in the troubled waters of Alliance policy. In addition, it needs to forge stronger diplomatic and military relations with Ukraine, its largest neighbor and the main focus of Russian policy in the region.