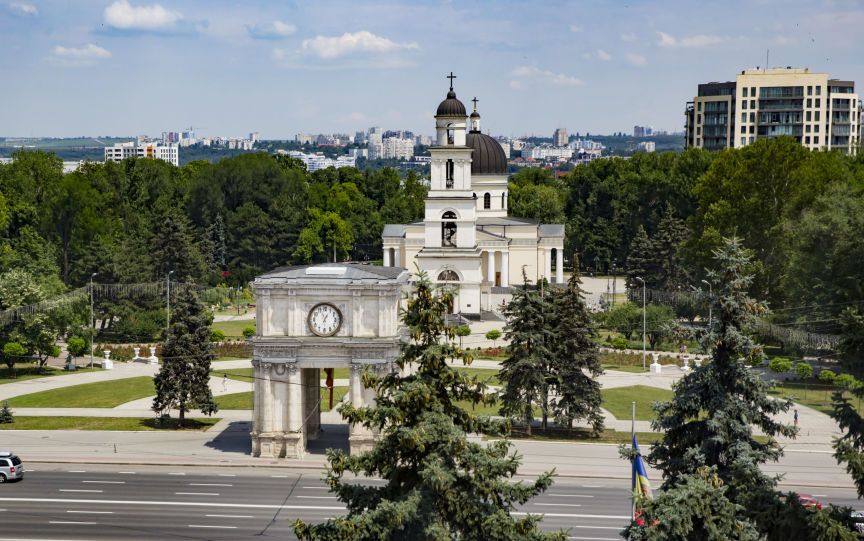 The second round of local elections in the Republic of Moldova (RM) caused shock, especially at the mayoral elections of Chisinau. For the first time since Moldova's declaration of independence, the capital will be governed by a pro-Russian mayor. The candidate of the Socialist Party of RM Ion Cheban won the election, about 5% ahead of pro-European candidate Andrei Nestas. Thus, the capital of Moldova will be controlled for the next four years by a man who declared himself a pro-Moscow and studied in the Russian capital.

Electoral context
Following the results of Mayor Chisinau's first round of elections, which took place on October 20 on October 2019, socialist Ion Cheban won first place with 40,19% of the vote. He was followed by Andrei Nestase from the AKUM bloc with 31,08%, then former Liberal mayor Dorin Chirtoaca with 10,15%. Octavian Tsycu of the National Unity Party, founded by former Romanian President Traian Basescu, (AKUM MP) took fourth place. None of the candidates received the required majority of votes. As a result, after two weeks - November 3 2019, the residents of Chisinau came to the vote again to determine the strongest of the two contenders - Ion Chebanu and Andrei Nestase.
Interestingly, in the "mayoral fight" the same two candidates who had already crossed swords in 2018 met. Then he won Nestas, but he did not manage to head the capital. The court in Chisinau did not allow him to become mayor because he allegedly spoke on Facebook on election day with a campaign speech. (The court decision was overturned by the Chisinau Court of Appeal only in October 2019.) This time, there was a slightly different situation.
So, who are the finalists?
Ion Cheban joined the PSRM in 2012 after leaving the Communist Party, which led him to parliament and government. He was Deputy Minister of Education under the government of Vladimir Voronin. Since 2015, Cheban became the leader of the PSRM faction in the Chisinau City Council. He is a graduate of the State University of Moldova and the Technical University, as well as the Academy of Public Administration under the President of the Russian Federation.
Andrei Nestase, in turn, took off for a political Olympus in 2015, becoming chairman of the PPPP party, following mass protests in Moldova over more than a billion dollars stolen from the banking system. He studied at the university. Stefan cel Mare in Suceava (Romania) and Alexander John Cuza in Iasi (Romania). Nestas is the godfather of businessman Viorel Tzopa, who was sentenced to 8 years in prison during the reign of V. Plahotniuk. Nestas supported Maya Sandu in the 2016 presidential election, and in 2019 he created the AKUM constituency. Currently, Andrei Nestase is Deputy Prime Minister and Minister of the Interior of the Republic of Moldova.
Both candidates were from a single parliamentary coalition, the PSRM and the AKUM, which was created in June 2019, but represented ideologically different political forces. In order to avoid confrontation, just a few days before the start of the election campaign for the local elections - "Socialist Party of Moldova - Party" Action and Solidarity "- Party" Platform of Dignity and Truth "" signed the Agreement on cooperation in the field of governance and non-aggression during the election campaigns.
Nevertheless, the first round of local elections in Chisinau has formed the opinion that Andrei Nestase does not aspire to become the mayor of the capital of the Republic of Moldova. While socialist Ion Cheban was actively campaigning, Andrei Nestase was in Washington with Prime Minister Maya Sandu. In addition, in the first round, they practically did not meet face-to-face in the election debates. Usually, they either sent representatives to them or did not come at all. The situation escalated before the second round. Pro-European Forces candidate Andrei Nestase severely attacked socialist Ion Chebán, who later claimed that "some partners have crossed the red lines", such statement was made by Moldovan President Igor Dodon. But Nestas couldn't change the situation. Political observers and commentators found that Ion Cheban was far more prepared and convinced in the election campaign than Andrei Nestase. If the geopolitical context were to be excluded, Cheban could have already won the first round of elections. For example, former PM of the Republic of Moldova Ion Sturza stated that he was convinced from the outset that Andrei Nestase lost the elections to the mayor of Chisinau and that he was "exceptional in the fight against the Plahotniuk regime, but very weak as a politician".
As a result, after processing all voting protocols, candidate Ion Cheban scored 52,39% of the vote, and ACUM bloc candidate Andrei Nestas had 47,61%. The pro-Russian candidate became mayor of Chisinau. At the same time, if in the first round in Chisinau 36,03% of votes were represented at polling stations, and in the second - 37,7%, that indicates that the electorate was not passive, and Andrei Nestase lost the election through his own fault. The electorate pushed geopolitics aside and voted for whoever convinced him. In addition, it is possible that Andrei Nestase lost precisely because of the PSRM-AKUM coalition. More recently, he has been closer to Igor Dodon than to the AKUM bloc, which has led to a loss of support from the Unionists. In fact, Cheban's victory is to some extent a vote against Nestas and his approach to Ion Cheban.

Domestic political situation and potential scenarios
Ion Cheban's victory in Chisinau unambiguously strengthens not only the pro-Russian party of the AKPM, but also President Igor Dodon a year before the 2020 presidential election. He has previously stated that he wants to stay for a second term. 3 November Dodon spoke up as he left the polling station that the fate of the Maya Sandu government could be resolved this week. However, he later stated that the AKPM would support the Cabinet of Ministers, headed by Maya Sandu. At the same time, the Socialists were tired of being a minority in the government and announced that they wanted more ministries. However, Igor Dodon has already announced that he is dissatisfied with the activities of some ministries. There are rumors that the AKPM wants to "get" the ministry of economy, home affairs and finance. Given that Ion Cheban is the new mayor of Chisinau, Igor Dodon has several arguments in discussions with Maya Sandu and Andrei Nestas. Chisinau is a very important electoral and financial center in Moldova. At the same time Dodon does not want to cause the collapse of the PSRM-AKUM coalition. For all the years of his presidency, he always had an "enemy" who did not allow him to do anything, which allowed him to explain to his constituent why he could not fulfill his election promises. Among the enemies were pro-European coalitions, followed by Vlad Plakhotniuk, who, through the Constitutional Court, dismissed him several times. Now Dodon is not only president, but also part of the government, but nothing is changing in the country - prices for food and utilities are rising, people are leaving the country and so on. That is why I. Dodon needs M. Sandu to use her as a "girl to beat" or "boxing bag." It will be her fault that people's lives do not change.
Under current conditions, I. Dodon and the AKPM are likely to try to open a new "clean political list" in the spring of the next 2020, ahead of the presidential election, where they will make new election promises. It is then that Dodon will emerge as a unique presidential candidate and the AKPM as the only strong political party capable of resolving all issues, but only in the future, after the elections. It is important to pay attention to Ion Chebana. After his victory, he becomes a national political figure, and his ambitions can put him on par with Igor Dodon. Dodon himself became the leader of the parties and then president after he participated in the election to the post of mayor of Chisinau by the PCRM in 2011 (then he lost). After Dodon was elected President of the Republic of Moldova and officially left the AKPM, everyone expected that Ion Cheban would be elected Chairman of the party. But this post was taken by Zinaid Grechany. Perhaps Igor Dodon views Ion Cheban as his potential successor in the Putin-Medvedev model. After all, both are henchmen of Moscow and a product of the PKRM party school. Both received positions from Vladimir Voronin. In fact, a certain perspective and strategy is already being built.
This is all happening against the backdrop of complications within the AKUM unit. Even before its formation, there were already visible differences in views. And with the coming to power they began to show more and more. The circumstances related to the PACE vote and the implementation of reforms in Moldova speak about this. After losing in Chisinau, Andrei Nestas becomes not particularly necessary for Maya Sandu. For now, he needs it in the context of the presence of his political power more consolidated positions in the regions of the country. However, it is possible that his position will increasingly weaken.
Against this background, the positions of the Unionist forces are gradually growing, and they are likely to try to unite in some new political formation in order to counter the new pro-Russian power.
So, today, the second round of elections, testified to the strengthening of pro-Russian forces in Moldova. The Socialists received in their assets the capital - Chisinau. The city with the highest economic potential and key electorate. At the same time, none of the political forces is seeking to hold early parliamentary elections by the end of this year, but the likelihood of their holding, before or during the presidential (November 2020), has increased significantly. After all, the main goal for I. Dodon and his party of the AKPM in the medium term is to gain dominance in the whole country. As long as they move systematically towards it. Whether they will finally be able to "sweep" under their control all Moldova will show time. For the time being, Moscow may, in part, triumph with the important interim victory of pro-Russian forces in the country.

The article is published in the newspaper "Day"

Kyrgyzstan on the eve of the 2020 year: entering a new electoral cycle

Key Security and Defense Challenges and Risks: What to Expect in 2020 - CDAC Analysis