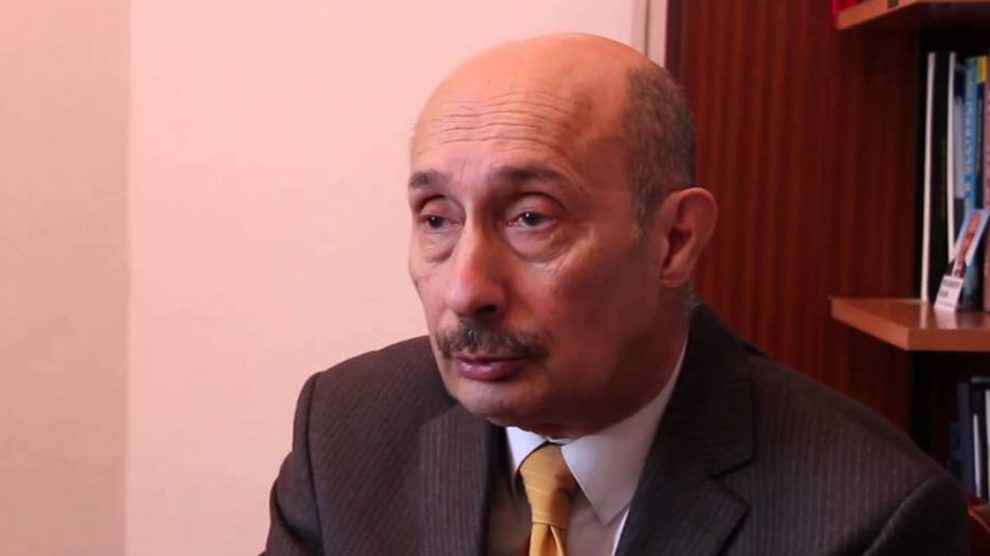 Recently, in Baku, "long-asked" personnel changes in the upper echelons of power took place. What changes will it bring to Azerbaijan's domestic and foreign fronts? How will this affect (and will it affect?) The flexibility of the government system, solving the Karabakh issue and more?

CIAKR - South Caucasus publishes two comments by Azerbaijani experts. Their opinions are largely (not all) polar - both in relation to what is happening and in terms of the optimism (pessimism) of the forecasts. For completeness, as the saying goes. Plus, such assessments are slightly debunked by the myth of a strictly “unified party line” among Azerbaijani colleagues regarding what is happening in the country…

… The recent reshuffles in the upper echelons of the Azerbaijani authorities are natural and expected. Former head of the Presidential Administration of Azerbaijan Ramiz Mehtiyev for more than 80 years. Two deputy prime ministers, Ali Hasanov and Gajibal Abutalybov, have also left their posts. They had to leave sooner or later, the age factor here on the surface. But it happened just now.

Another issue regarding the appointment of younger staff in their place, the principle of selection on personal loyalty to the president, as well as controllability and obedience - he never went anywhere. There has also been speculation about new reforms, economic spurts, the development of the non-oil sector, liberalization, and so on - all of which I consider to be empty talk. The essence of the power structure and the political system in Azerbaijan do not allow us to hope for any significant reforms in favor of improving the efficiency of governance.

There has also been a lot of talk about the struggle of the various branches of government. The fact that the old personnel system, formed under Heydar Aliyev, resists the redistribution of powers within the power structure. This is also an empty talk, because by and large the whole system of power remains sharpened under the relations of family clans. At the head of this system is the Aliyev family. It is shrouded in the system of state government, nothing has changed. The redistribution of some lucrative posts, some powers are purely tactical and do not affect the general character of the authorities. There are many positions in the state apparatus, and any change and redistribution can be presented to the ignorant society as a manifestation of the president's determination to carry out reforms, to increase controllability, to control efficiency. This is a fertile topic for misleading the masses.

In fact, the society is deeply indifferent to the name of the head of the presidential office, the name of the deputy prime minister, what changes there, what powers. Relations between the society and the authorities in Azerbaijan have not changed since the changes in the personnel.

Also, I do not think that personnel changes will somehow influence Baku's foreign policy. I doubt that there will be any roll, for example, toward the United States after the appointment of the head of the Presidential Administration, Samir Nuriyev, who received his education there. The US and so have strong enough positions in Azerbaijan by controlling the oil field. Washington is no longer capable, because another key factor in Azerbaijan is the Karabakh problem, respectively, it is the Russian factor. It does not change, everything will remain. Power in principle skillfully maneuvers between Russia and the US. Moscow tightly controls the region through total control over the Karabakh conflict. In fact, both Armenia and Azerbaijan are fully governed. Russia's influence is felt in Azerbaijan's general foreign policy course, plus its influence on the security forces, its influence on the appointment of key figures to key positions. I am more than sure that the last appointments have somehow been agreed with Russia. There should be no illusions - Azerbaijan is firmly attached to Russian politics. Everyone understands this and no one in particular denies it.

Undoubtedly, other personnel changes in the Presidential Administration should be expected. Ramiz Mehtiyev has people he personally trusted. Now Samir Nurieva will form his team on the same principle. But this will have absolutely no effect on the overall policy parameters of the presidential apparatus. Employees vertically follow the instructions of the president, make decisions, select personnel. In general, the Soviet system of government remained. The presidential apparatus is similar to the Central Committee under the Soviet Union. They worked under the guidance of the Secretary-General. Basically, now it's the same.

Of course, the topic of Karabakh cannot be ignored. Here, I repeat, Russia is the sole arbiter and controller here. Nothing will change here. Therefore, when, for example, the Azerbaijani Defense Minister says that the war could start at any moment, it is not serious. War can be resumed only if, following the order from Moscow, by Putin's decision. All the main parameters of the Karabakh conflict are under Russian control.

Also, nothing depends on Armenian Prime Minister N. Pashinyan. He is totally dependent on Russia. The degree of independence of Armenia is no more than the degree of independence of Azerbaijan, the situation in Yerevan is even worse. But our two states just sit in one "cage" in terms of the Karabakh problem. And the keys to this cell are in Russia's pocket. And how can they change course in that state?

Talks about the influence of the collective West and its competition on the Karabakh are definitely mixed at this stage. Everything between Russia and the West has been agreed for a long time, and everyone is now doing their own thing. I am more than sure that the West, for the sake of Armenia and Azerbaijan, is not ready to go for any deterioration in relations with Russia. Therefore, Baku and Yerevan are no longer able to change the parameters of their foreign policy. Today, the South Caucasus region is objectively not decisive for world politics. This is the outskirts, the outskirts of Europe, the outskirts of the Middle East, the outskirts of the former Soviet Empire. That's why Moscow has more and more open arms ...

Some of the serious players are trying to put today and at least somehow try to solve the issue of coexistence of the Azerbaijani and Armenian peoples? The question is rhetorical. Inside, the situation is brought to a state that these peoples in the general mass do not understand their benefits, their opportunities, their prospects, people in most of them are fixated on some mythical ideas and are unable to change something. They are, in general, not masters of their own destiny, and no one is interested in changing anything - instead of Azerbaijanis and Armenians. That is why it is ridiculous to me even when I hear about democratic changes, "democratic demands of society" and in Armenia. Nothing has changed, the nature of power there has remained the same, and Armenia there. Nothing will change until the nations agree on a solution to the problem and a way out of this Karabakh deadlock. Russia does not allow them to do so yet.

Rauf RADZHABOV: On the issue of speculation on the topic "Azerbaijan and CSTO"