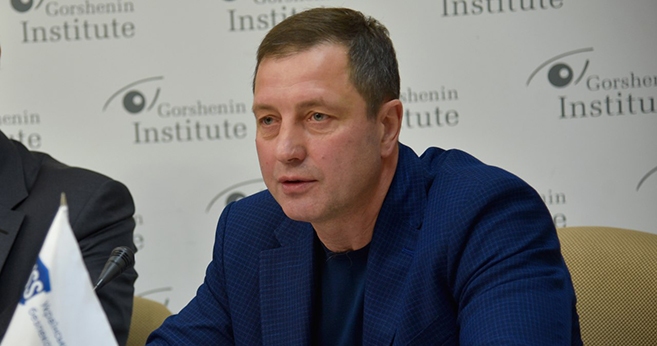 Ukraine should seriously work on changes in the legislation in order to establish effective military and technical cooperation with other countries, - said Valentin Badrak, Director of the Center for Army, Conversion and Disarmament Research.

He stated this during a roundtable discussion "Military-technical cooperation of Ukraine with the USA" at the Gorshenin Institute 25 in September.

“First of all, Ukraine needs air defense systems. If we recall the experience of Poland, the key rearmament programs of 4 are tied to the USA. Of these, 2 concerns air defense systems - Patriot systems and short-range missile systems. Poland has agreed to provide its territory for missile defense facilities. It seems to me that for Ukraine, when the situation is already existential, that is, the question of the survival of the state, this question can be put to the discussion. But in doing so, we really need to provide the legal conditions for such cooperation. The Law on State Defense Order must be revised, the law on military-technical cooperation should appear, as should the law on foreign investment protection. This will allow US companies to see that the country has been given the “green light” and can be reached here. The second aspect is active diplomacy, which involves, first and foremost, the protection of national interests. These are not only suggestions but also certain conditions. If Ukraine upholds Western values ​​on its territory and is an outpost of the Western world at war, it has the right to demand that the conditions of the international missile control regime be revised. Ukraine has the right to declare that it will continue to carry out projects such as the creation of a missile system for Saudi Arabia. Strengthening the strategic component is, on the one hand, air defense, and on the other - missile programs, "- said Valentin Badrak.

According to the expert, another important point in the process of establishing military-technical cooperation is the control of imports.

“Despite the fact that the United States remains our most powerful partner, we must translate all purchases of military equipment and equipment into government procurement through appropriate law. Then it will become impossible to buy French helicopters, as it were, and boats, as they are trying to do now. It will also be impossible for projects that have tried to embody past power, such as upgrading the MiG-29 to $ 40 million per aircraft. Despite the fact that the new F-16 aircraft costs 65-70 million, that is, we can imagine the level of intent in such a project. That is why parliamentary control and civil society control must exist, including at the level of arms imports, ”said Valentin Badrak.

Yavor Raychev: "Russia's hybrid war against Bulgaria is a fact"

Local elections in Moldova. Where the country is headed and who will win the battle for Chisinau