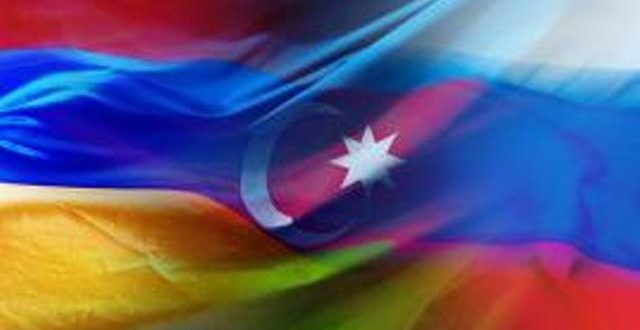 What does Azerbaijan hope to gain from Russia in the Karabakh issue? What can you expect in principle?

To put it briefly, Azerbaijan wants Russia's assistance in resolving the Armenian-Azerbaijani conflict. In our understanding, this means restoration of the territorial integrity of Azerbaijan and sovereignty, the return of persons who, as a result of ethnic cleansing by Armenia, have become displaced persons in their country, refugees. We would like these consequences to be addressed.

What hinders conflict resolution now? The fact is that Russia maneuvered in the nineties and deployed its armed forces there, including aviation units and a ground military base in Gyumri, to guarantee the security of Armenia. Moscow also made a statement that guarantees Armenia's security. And in some "inexplicable" way, this security extends to the Azerbaijani territories occupied by Armenia. Clearly, it is not officially announced, but it is implied. And we do not see any unambiguous declarations that allow us to judge that in the event of hostilities, Russia will not act on the side of Armenia. This is the main obstacle to the settlement of the conflict.

We understand that Russia will never give up its military base in Armenia. Some experts are musing that if Azerbaijan joins the EAEU and the CSTO, it will be able to return at least five districts around Karabakh with the help of Russia…

The situation is changing, first of all, in Armenia itself. Yerevan is pursuing a policy that does not satisfy Russia. The logic of Yerevan is that he wants to get security guarantees from Russia, and politically, economically integrate with the Western community.

In its time, as a result of the fact that Armenia was a satellite or, as it was called - an outpost of Russia in the South Caucasus, it in essence, "earned" its territory. But it has not received the opportunity for development, and so far its economy is in decline. Outflow of population, lack of investment, independence at risk, spoiled relations with neighbors and so on. Yerevan is away from regional and transregional projects. And then the desire for the West ...

As a result of the current situation, many today are beginning to criticize Armenia in terms of allied relations. Armenia loses its military-political significance for Russia: Moscow is systematically developing relations with Turkey. And the imperial ambitions when Armenia played the role of a large outpost in the south - now all this has "evaporated" and is losing its relevance.

This is against the background of the rapidly developing Azerbaijan, whose economy is of decisive importance in the region of the South Caucasus. Azerbaijan's economy has been able to attract billions of foreign investments, projects of regional and trans-regional importance are being implemented today.

Based on the above, we can say that Russia will be satisfied with a new format of relations with good in all respects Baku, taking into account the respect of national interests of Azerbaijan. And Armenia will fade into the background. Again, based on all of the above, I think the situation is about to change rapidly.

The accession of Azerbaijan to various unions, I think, does not seem appropriate today. Because the practice of relations that we observe within the framework of the EEU and the CSTO, it is far from being of interest to Azerbaijan. At least because Azerbaijan, unlike other countries in the region, is not a member of the WTO and can maintain its market and promote the development of foreign entrepreneurship. Also important is that Azerbaijan sells liquid commodities such as oil, gas and even agricultural products on the foreign market, which are also in demand. Azerbaijan is economically viable, so the integration formats mentioned by you are not on the agenda.

What exactly should Azerbaijan do in its relations with Russia for the Kremlin to assist Baku in solving the Karabakh problem? Are current efforts sufficient ...?

I think in order to address the issue in this way - "Azerbaijan is doing something, and Russia is starting to resolve the situation in Nagorno-Karabakh in response" - such an approach should be really good. Russia is interested in a really strong, economically viable and liquid partner that can provide something important to the Russian market. Real politics are worth real competitors. Azerbaijan is very attractive for Russia in transit. It is no secret that Moscow wants to use the Azerbaijani railway communications. It may also be interesting for our northern neighbor to have a tourist destination, cooperation in the humanitarian sphere and so on.

A mutually beneficial partnership is possible. And so I think that these processes - the distance of Armenia from Moscow and the serious rapprochement of the positions of Russia and Azerbaijan - are developing naturally, and they will come to a logical conclusion in the near future.

That is, as a result, Russia will help us in solving the Karabakh problem?

To begin with, Russia will not interfere and give preferences to Armenia, which in itself will lead to the activation of the negotiation process.

In addition, Russia has serious challenges outside the South Caucasus. First of all, it is the situation in Ukraine that seeks to become a NATO member. We do not forget about Syria. From time to time there are problems with the Republic of Belarus, there are questions with the Baltic states, which are already NATO members, and this is not a complete list. Therefore, small Armenia is just a military post of Russia, no more. The military-political significance of Armenia tends to zero.

Recently, the Azerbaijani Foreign Minister did not rule out the possibility of placing a peacekeeping mission on the front line. In what format, in your opinion, is this possible in principle?

I can say that the peacekeeping mission proposed by the OSCE, and even conducted the appropriate preparatory work, prepared the appropriate concept is not a myth. But there is one caveat - the fact is that any deployment of a peacekeeping operation by OSCE and UN standards implies that the parties to the conflict reach some kind of peace agreement, sign memorandums of desire to accept this mission and ensure its stay, adhere to the rules of this mission. missions and so on. But the fact is that we do not have the main thing - even a preliminary agreement to settle the conflict between the parties. So it is too early to talk about organizing such a mission today.

Which countries could enter such a peacekeeping mission?

As I said, there is a special concept for such a mission, fully developed by the OSCE back in 1995. At the time, officers from several dozen countries were part of the working group, and they developed a complete concept for the operation. The composition of this mission, the logistics components - they are all spelled out. So, if this mission is to be launched, it will function according to this concept, in accordance with UN regulations and resolutions.

After the meeting of Azerbaijani and Armenian foreign ministers at the Washington meeting, the exchange of prisoners of war has been observed for more than a month for a relatively stable situation on the front line. How long will this lull last?

First, this calm has nothing to do with the Washington meeting. Moreover, if you remember, provocative actions were taken on the eve of this meeting - a major of the Azerbaijani army was killed by an Armenian sniper…

I would again mention the internal political processes within Armenia itself. The matter is that the Pashinyan administration has no relations with the Kremlin. Moscow does not now see a reliable partner in Yerevan. N. Pashinyan himself understands this perfectly. He also understands that the country's Armenian opposition is closely linked to Russia and lives on the Kremlin's agenda. I am referring to Robert Kocharian and the "Karabakh" clans. And to get out of this situation, N. Pashinyan may be interested in the resumption of hostilities. And in case of the slightest defeat or failure to blame Moscow for everything. In particular, Russia betrayed Armenia. As a result, it will accumulate the necessary anti-Russian opinion and begin to pursue a pro-Western policy. As a result, Yerevan can get whatever it wants - help, investment, plus turn public opinion in its favor. And with one blow he will deal with the pro-Russian opposition, which closes on Kocharyan. Such logic of events, drawing of such a "party" in Armenia are quite real. So the calm on the front, in my opinion, is temporary…

Ruben Megrabian: “Last bastion or Armenia on the path of judicial reforms”