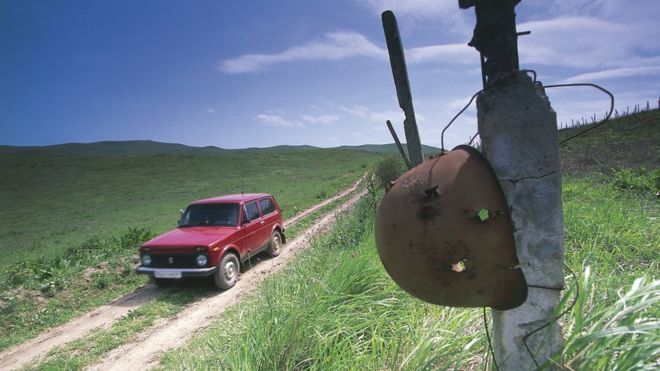 "I think that in this situation, at this stage, the peacekeeping forces here are absolutely nothing to do, because the minister was referring to the situation in another aspect."

Azerbaijani political scientist Fikret Sadikhov said this, commenting on the statement of Azerbaijani Foreign Minister Elmar Mammadyarov on the possible deployment of a peacekeeping mission in the conflict zone.

According to him, when Armenian troops liberate Azerbaijani territories, one can already think about peacekeeping forces and their composition.

"It is clear that the forces of the leading states were not included there. It will be in the second stage. But we can not ask for the introduction of peacekeeping forces that will be located between the occupied Azerbaijani territories and the rest of our territory. I think that if this happens, and this stage will be resolved positively in our favor, we need to negotiate this with the UN and the OSCE. And here the forces of so-called Third World, Neutral States. That there were no Russian, American or French forces. For this to be the forces of neutral states represented in the UN, the OSCE. That would be the right answer to this question. Naturally, under the UN flag or the OSCE, there can be blue helmets. But so that they do not claim that this is the last word and that we do not dictate the conditions for our further actions. In order for them to have a purely peacekeeping mission ", F.Sadykhov emphasized.

Speaking about which countries could join the peacekeeping force, the Azerbaijani political scientist said that there are a lot of neutral countries.

"I can not specifically name it now. I mean not only neutral countries, let's say, countries that are not leading. This could be, for example, Poland, the Czech Republic, Hungary, and other eastern European states. As for Turkey, Armenia will not agree. This is unequivocal. We will not agree to Iran. In spite of all that we and Turkey are allies and fraternal states, they will help us in any case. So peacekeepers must have completely different forces.

... There are Madrid and Kazan principles, where everything is clearly stated, that the captured territories of Azerbaijan are freed. At the first stage, five regions can be released, then two more, refugees return. Whether or not there are some peacekeeping forces, it will depend on the political situation and on the further course of events. A temporary status is granted to Nagorno-Karabakh and talks on Nagorno-Karabakh are continuing. All of this is set out in the Madrid Principles, which today simply ignores the Armenian side. They were nominated by the co-chairs of the OSCE Minsk Group, which was supported by Azerbaijan. At one time, Armenian President Serzh Sargsyan spoiled all this and shunned the solution to this problem. In the case of the fulfillment of the Madrid Principles, a significant part of our territory is freed. We guarantee the security of the Armenians in this territory because we consider them to be their own citizens. Whatever they say, and whatever slogans they have put forward. The world community supports our position and recognizes the territorial integrity of our country, "said F. Sadykhov.

Referring to the talks in Washington DC at the level of Azerbaijani and Armenian foreign ministers, the Azerbaijani expert said that this fact, apparently, played a role and probably the State Department unambiguously and firmly declared the inadmissibility of provocations on the front line.

"The provocations are actually carried out by the Armenian side. We just responded to provocations. Armenian Prime Minister Nikol Pashinyan is trying today to play the role of a peacekeeper who is not responsible for Nagorno-Karabakh and wants to Nagorno-Karabakh himself sit at the negotiating table. Although everyone knows perfectly well that the 7 areas are occupied not by Nagorno-Karabakh, but by the Armenian armed forces with the help of "certain external forces". And it seems to me that N.Pashinyan today pauses in order to reconstruct his internal political forces, because he is under pressure from the "Karabakh clan", he has big problems in the economy, his political opponents in the parliament are pressured by him ...

He needs a pause in order to work out certain priorities to develop his program regarding the conflict with Azerbaijan. But in the end, we should not be deceived by the fact that there was some calm on the front line. The calm may be before the storm, the calm may be tactical in nature, and this does not mean that they raised their hands and are willing to voluntarily release the occupied territories of Azerbaijan.

So the indicated moves absolutely do not speak about readiness of the Armenian side to solve the problem of the occupied Azerbaijani territories in a peaceful way. Unfortunately, this is still - albeit important - but a little thing, which is unlikely to contribute radically to the solution of the basic issues of restoration of the territorial integrity of Azerbaijan. It is necessary to emphasize this today. Although any release of prisoners is a positive factor that can not be discounted, "F. Sadihov concluded.

Security in the Black Sea region: a view from Bucharest