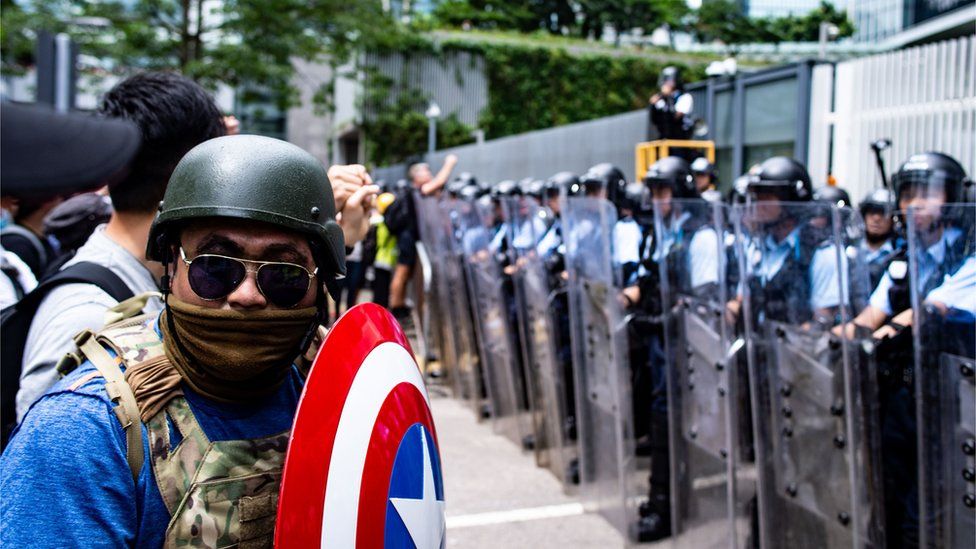 "Special agreements were signed between Hong Kong and the United States, which set the preferences for trade relations," said Yuriy Poita, the head of the Asia Pacific Region section at a press conference at IA "Glavkom".

Protests in Hong Kong against the bill on extradition can cause economic losses. Such an opinion was expressed by a journalist-internationalist, a member of the board of the Ukrainian Association of Sinologists Alexei Koval and the head of the section of the Asia-Pacific region of the Center for Army, Conversion and Disarmament Studies, and Chinese expert Yuriy Poyt at the Glavkom press center.

"Between Hong Kong and the United States signed special agreements that set the preferences for trade relations. Therefore, all commodities and financial flows that go from Hong Kong to the United States are not identified as Made in China, so customs barriers, trade wars are not related to Hong Kong, "says Poyt.

The expert notes that Hong Kong's 2018 was 19's trading partner in the year. "The balance of trade in the United States with Hong Kong is positive and 2018 has reached 30 billion dollars, trade volumes are considered separately from China, which is also very important," Poyta continues.

Hong Kong is a kind of gateway to the US in the Asian region. "At the same time, it is beneficial for China, because registering there companies can bypass appropriate barriers, tariff barriers, etc. And under such special conditions it is more profitable to work with the USA, with the rest of the world. For now, if the situation between countries is worsening, it can not be ruled out that the United States will review trade and special laws between the United States and Hong Kong, which may also be one of the keys to influence during a trade war, "says Poyt.

Oleksiy Koval drew attention to the fact that today local residents are concerned about the impact of protracted rallies on the economy of their region.

"Hong Kong is now worried whether these protests will affect the economic situation, or investors who invest huge money are frightened. In fact, all these events can affect the business climate, economic activity in Hong Kong, and the holding of international conferences. After these events, I think all the same - it's a pause in the protests, because the law is not withdrawn, although the protesters are now seeking this. Moreover, in their latest speeches, they said they wanted the Governor to resign (the Governor of Hong Kong, Carey Lam is considered loyal to Beijing), and this should also be taken into account ", - notes Koval.

View the press conference record with a full analysis of the causes, consequences and options for the development of the situation there.

Togrul Ismail: "Idlib - chances to negotiate or Russia and Turkey on the threshold of a new conflict?"

2019 Defense Results: What Ukraine has and has failed to do

Personnel sensitivity of the security sector