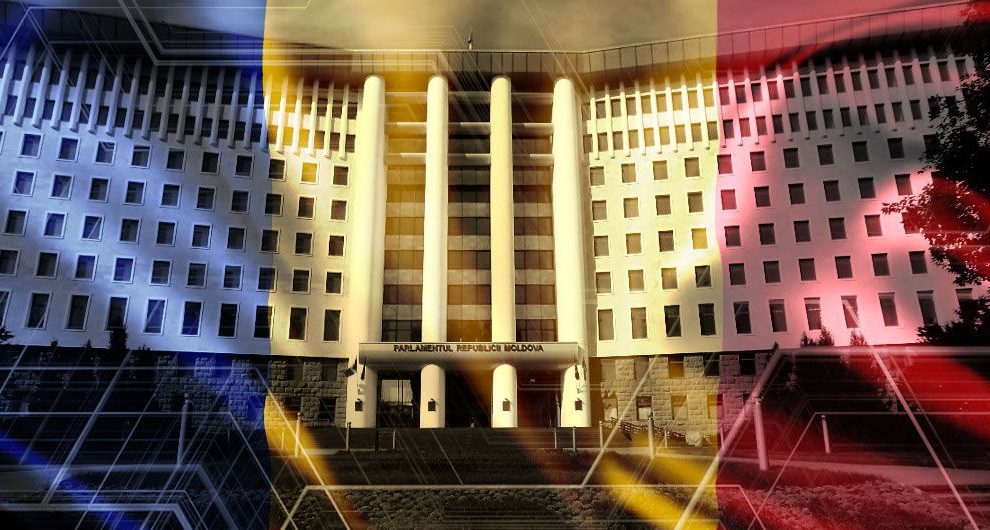 Do not shoot, but everyone is ready for confrontation

In the Republic of Moldova (RM) today there is a difficult political situation. In the country - dual power.

After the creation of the 8 of June 2019 of the year, a situational anti-oligarchic coalition between the frankly pro-Russian Socialist Party of the Republic of Moldova and the pro-European ACUM bloc (Action and Solidarity and Platform for Dignity and Truth), declaring that Moldova is an "enthusiastic state", the formation of a new government and mistrust of the Constitutional Court of the country, an escalation of political and social tensions in the country. The Constitutional Court of the country, controlled by the Moldovan Democratic Party (PDM), led by the oligarch Vlad Plakhotnyuk, decided not to legitimize the adoption of all decisions of the newly elected parliament after 7 in June of this year. due to the time spent to form a coalition, and made a decision to dismiss the president from power and appoint the prime minister of the Democrat Paul Philip v. president of the country. The newly appointed head of state issued a decree dissolving parliament.

Instead, the pro-Russian president of the RM, Socialist I.Dodon, took the side of the new coalition, refused to dissolve the parliament, declaring that it was his right, not a duty, and took the oath of office of the new government. In turn, the leadership of the DPM acted brutally against such developments and 9 in June this year. organized a rally on the square of the Great National Assembly, which ended relatively peacefully.

Subsequently, DPM representatives began to block state institutions and prevent newly appointed ministers to work places. Nevertheless, in 10 June, two government meetings were held - led by Paul Philippe and led by Maya Sandu. Both did not recognize the legitimacy of each other.

The expert environment of the Republic of Moldova is not ready at the moment to make clear forecasts regarding further developments in the country in the short term. Nobody expected a coalition between ACUM and the PCDM. Everyone was inclined to options - either early elections, or coalition PSDM and DPM. What has happened is, in fact, a consequence of the convergence of interests of the West and the RF aimed at removing from power the power of Platoitnyuk, who monopolized the authorities and through his representatives controlled the key administrative and power structures in the country.

At the same time, the newly formed coalition is unlikely to be strong and viable. Too diametrically, these parties look at the further development of events in the country. Nevertheless, in the event that DPM and Vlad Plakhotnyuk do not want to radicalize the situation and use the power structures to eliminate opponents from the authorities, an interim coalition and the newly formed government will have the opportunity to implement their own re-election promises - to adopt regulations on the removal from power of the oligarch Vlad Platochniku, who is considered the key representative of the ruling oligarchic regime, as well as to amend the electoral law (return to the previous election system), to renew the composition of the Constitutional Court Duo, take control of the power structures and administrative resources of the country. After that, it is likely that a decision will be made on the early parliamentary elections, which may take place roughly no earlier than 6-12 months.

It is important that the security forces have taken a neutral position. The armed forces, in fact, have been abandoned, and the Interior Ministry has decided to focus solely on observance of the order in the country, without taking precisely the one or the other side. ACUM expects that the police will not interfere and act forcefully against the political forces that have created a coalition in parliament. The fact that the police took a neutral position points to its actions during the rally of the DPM, in which the security forces did not occupy the position of any of the parties, only supervised the order.

Special attention needs to be paid to some newly appointed ministers in the government of the Republic of Moldova. For example, Prime Minister Maia Sandu from the European bloc, Foreign Minister Nick Popescu, is a purely pro-Western Moldovan diplomat who has been working for a long time in the public sector, respected and trusted. Minister of Defense Pavel Voyku is a representative of the PSDM. He is a former representative of the Interior Ministry and has a controversial and controversial past. Nevertheless, this figure is better than exclusively pro-Russian general Viktor Ghaychuk, who at one time actively promoted this socialist post. Andriy Nastas, the leader of the "Platform of Dignity and Truth" Party leader's head of the Ministry of Internal Affairs, is also an interesting step. Probably thus the new government is trying to stabilize the situation and to restrain the reaction of the security forces. It is important to note that the post of Deputy Prime Minister for reintegration is given to the representative of the PCR, Vasiliy Shov, which points to the desire of the Socialists to give a new impetus to the process of settling the Transnistrian conflict, which is likely to be based on the positions of the Kozak Plan.

At the same time, the media space of the RM is feverish. Thus, on media resources controlled by the oligarch V.Plachotnyuk, video materials, articles and speeches of experts are distributed with the following narratives: "The RF through I.Dodon conducts a special operation in the Republic of Moldova in order to further implement the Kozak plan on federalization of the country", "Dodon received funds from the Russian Federation (there is a video of his recognition) "," the coalition created in the parliament violates the legislation, because it acts contrary to the decision of the Constitutional Court "," PPPM and ACUM are trying to carry out a coup d'état in the country "," Dodon the traitor "," We demand extraordinary elections ". Also video of the informal meeting of I.Dodon and V.Plachotnyuk was broadcast, in which the Moldovan president conveyed from D.Kozak a proposal by the Kremlin to sign a secret agreement between the PSBM and the DPM, on which the federalization of Moldova was to take place. The signing of this agreement was envisaged in conditions of secrecy in the Russian embassy in the presence of the ambassador of this country. Igor Dodon makes reference to Dmitry Kozak as the author of this idea. Plakhotnyuk offered the post of prime minister, and the closure of all criminal cases, recognizing them that they were open for political reasons. In turn, D.Kozak in an interview with the Russian newspaper denied exactly this development, pointing out that it was Plakhotnyuk himself who proposed the federalization of Moldova and its reorientation to the Russian Federation. However, this did not happen as a result of the association PPPM and ACUM.

The danger is that the oligarch Vlad Plakhotnyuk actually lost his support. Almost all the key players in the region - the EU, the USA, Romania and the RF - refrained from stinging statements regarding events in the Republic of Moldova and did not support the old government and the head of the PDM. Thus, the Russian Foreign Ministry issued a statement welcoming the leadership of the Parliament of the Republic of Moldova to create a coalition of the PPPM and ACUM. The EU External Action Service - "called on all involved parties to rest and restrain and stressed the need for further progress for the Republic of Moldova in the framework of the signed Association Agreement." The Council of Europe appealed to all political forces in Moldova to "act calmly and calmly". The CoE experts "expressed readiness to help the country to carry out reforms in the judicial system, as well as in the fight against corruption." The US Embassy issued press releases, which welcomed the fact that "the political class of the Republic of Moldova came close to resolving the parliamentary crisis in the country." Romanian President Klaus Johannis appealed to the political forces of Moldova "to adhere to the rule of law" and "through the responsible dialogue of all political forces to show rest and restraint, as well as to give priority to the country's political stability."

Later, five countries of the European Union - Germany, France, Great Britain, Poland and Sweden, in a joint statement expressed support for the Moldovan parliament and called on all parties to the conflict to restrain. "In the current constitutional crisis, we consider and support the Moldovan Parliament as a representative of the Moldovan people and as the most appropriate place to discuss all political issues, including controversial," the statement said.

In turn, the Ministry of Foreign Affairs of Ukraine urged Moldovan leading political forces to act within the legal framework, to resolve disputes through political dialogue in order to avoid a power struggle. At the same time, attention was focused on the security situation in the region and "the prevention of external interference aimed at implementing the Russian scenario of federalization of the country."

In fact, neither party - neither the West nor the Russian Federation, nor the current parliamentary coalition of the Republic of Moldova, definitely does not know how the current oligarch Vlad Plakhotnyuk will actually act. The only restraining circumstance is that if he uses the power scenario, he will finally lose confidence and will be able to continue to cooperate with international financial institutions, which means he will not be able to get investments in the country and keep the economy of Moldova at a stable level. Therefore, it, and without that low rating, will continue to fall.

It is also clear that every day the positions of the new government will be strengthened through external support as well as internal changes. Penal movements have already begun in the same Constitutional Court, where they talk about pressure from them on the part of the oligarchic regime in making decisions, and some police officers gradually began to move towards a new government.

At the same time, it should be said that the current situation of instability and uncertainty in the country, oddly enough, is beneficial for the Russian Federation. The fact that D.Kozak during the visit at the beginning of last week, surprisingly showed all support for the creation of a coalition of PPPM and ACUM, which has no solid foundation for a long-term existence, may indicate not only the desire to eliminate the authorities of the notorious V.Plachotnyuk, but to destabilize the situation in the country at a certain time and to try to bring pro-Russian forces into the RM in the future during the extraordinary elections in Moldova, to implement its own plan of federalization of the country and to continue to use the "worked out" in Moldova the scenario of actions already in Ukraine.

In general, it is difficult to make clear forecasts of how the situation in the country will develop in the short term in the future. Too much depends on many different factors. However, it is clear that in the next half year - a year, the RM will plunge into the atmosphere of instability with unpredictable consequences. All this will end (or the contrary will continue), at least by extraordinary parliamentary elections, the results of which the composition of political forces in the legislative body of the country will change significantly. Whether the radical political vector of the state will change or will only receive a significant correction - time will tell.

Ukrainian defense of the times of the coronavirus