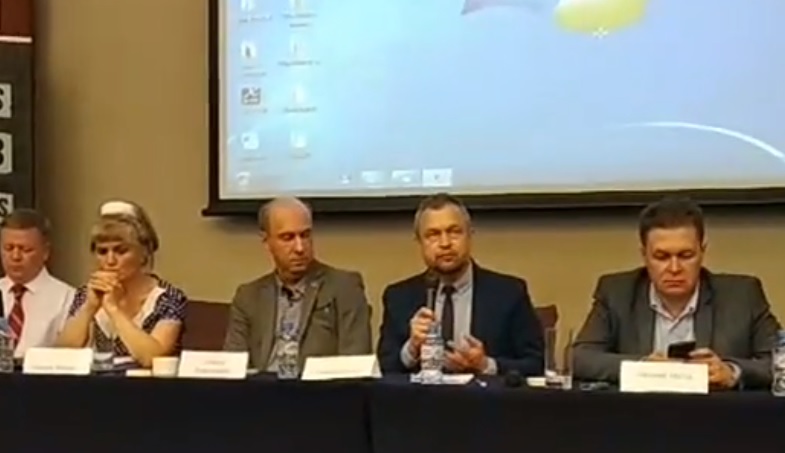 Mikhail Samus, deputy director of the Central Scientific and Research Center for International Relations, Mikhail Samus, during his stay in Minsk, took part in the conference "Belarus and Ukraine: Prospects for the Development of After-Election Relations". The conference was organized by the Embassy of Ukraine in Belarus with the assistance of the "Press Club of Belarus" and the site of the expert community "Our Opinion".

During the conference issues of relations between Ukraine and Belarus in trade and economic sphere, in particular in the field of energy, were considered; prospects of security situation development in the region; the influence of Ukrainian elections on the post-Soviet space; Russia's influence on the Belarusian-Ukrainian relations.

Video of the event here

Ilian Vasilev: "Until the second thread of the Turkish Stream is launched, Russia will refuse to transit through Ukraine"

To transform the Armed Forces into a real institute of deterrence of Russian aggression, it is necessary to increase the rate of rearmament 7 times