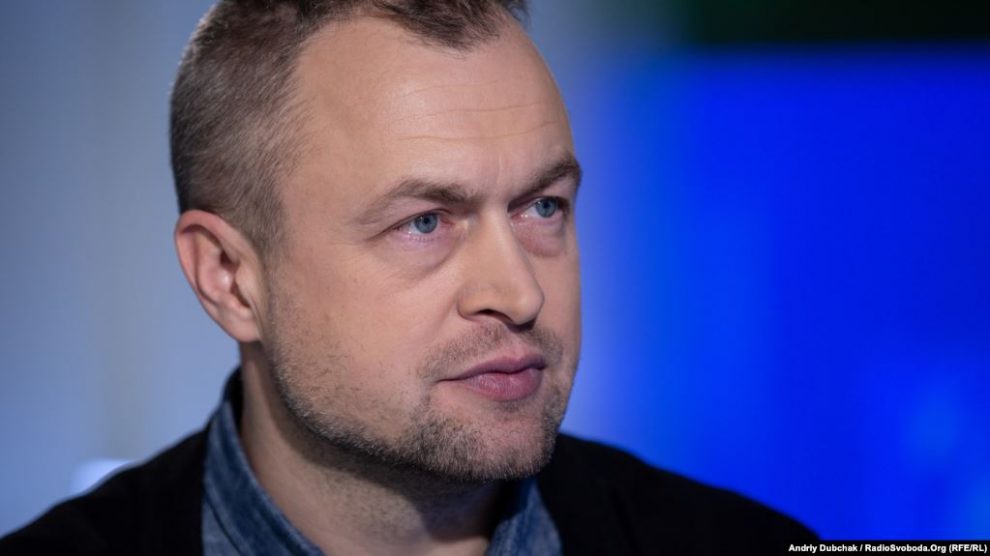 It is not time to negotiate peace with Russia, says Deputy Director of the Center for the Study of Army, Conversion and Disarmament Mikhail Samus. He believes that the new administration has not yet fully realized the security challenges that Ukraine faces today, in particular those that are linked to the need to sign a new gas transit agreement, because the pre-end is due at the end of the year. On the other hand, the military expert says that the new president's team has a unique chance to reform the Ukrainian army, since the reform plan and the relevant legislation are already in place. We met with Mikhail Samus after his meetings with international security experts in Prague and began to talk about the question that both Ukrainian society and Western partners are receiving controversial signals about Ukraine's future security policy. As, for example, one should understand the proposal to "put on a referendum the question of the format of negotiations with Russia"?

I think this statement was unclear. And this points to a communication problem. If it is said from the beginning that we "do not trade" territories and people, then this means that there will not be any negotiations. Because there is no subject of negotiations.

What can be negotiated with Putin? It is not interesting for Putin to negotiate a peace treaty, since, in Putin's view, Russia does not participate in the war on the Donbass, but they do not negotiate on the Crimea. And if Ukraine says that it is ready for compromises - just to complete the war, it's closer to capitulation.

Putin has no reason to negotiate with Ukraine - he has no critical issues in the economy, or existential threats to his regime. He will be forced to negotiate if his regime starts to sink, but in this case, one should not expect diplomatic talks, his tactics - aggressive, intimidation, raising rates.

The new administration should clearly understand that, during the entire period of Ukraine's independence, besides the Grand Treaty and the Black Sea Fleet Treaty, signed by another president and in other circumstances, we have never been able to reach mutually beneficial agreements with Russia. For Putin there were only blackmail, provocation and lies. You can recall dozens of rounds of negotiations on the Black Sea, on the border in the Sea of ​​Azov, on the Kerch Strait. No progress was made - there is still no border with Russia in the Azov Sea. Russia has made it possible for us to agree to define the boundary in the next treaty and to pull out the promise not to allow the warships of third countries to enter the Sea of ​​Azov - this is what the treaty was signed.

And this will be the case, because Russia's strategic goal has not been achieved - it seeks to ruin Ukraine. And she is ready to negotiate. In her opinion, Kyiv should negotiate with "L / DNR" factions, as a result of which, in effect, Ukraine will have virtually independent states with its own police, border troops, with its economic and foreign policy. Is Ukraine ready for such negotiations? No, now is not the time to negotiate peace with Russia.

- Your colleagues and Czech experts, with which we spoke at the beginning of the year, remind that this year the expiration of the agreement on the transit of Russian gas to Europe through Ukraine, which was signed by 10 years ago by the government of Yulia Tymoshenko. There is no new agreement; it is not clear whether we will work again, will we return to the situation when Russia will stop the transit to Europe and blame Ukraine for this?

- Russia did not have time to complete gas pipelines bypassing Ukraine, the same "Nord Stream-2" to transfer the entire gas transit around Ukraine. But this gas pipeline will not be ready yet for 2-3 years. And now it faces the task of providing this transit through the territory of Ukraine without having an agreement with Ukraine. The same problem faces the same Germany and other countries that buy gas transported through the territory of Ukraine.

Ukraine is in a strong position on the issue of gas transit because Russia needs more gas to Europe than we need to transport it. But not the fact that we can use our strong position. And the challenge before the new administration is to concentrate and understand it.

- In order to get conditions that would benefit Ukraine, the new administration needs to sit down for negotiations now, not in December, when the time for negotiations is no longer possible and Ukraine can again find itself in a situation where it will sign a disadvantageous for itself agreement. How to prevent such a situation?

- Yes, Russia is taking time to reach the moment when Europe starts to press Ukraine to allow it to transit gas through its territory and the conditions for Ukraine will not be of interest to Europe. And the Russians will say that this is not what we do not want to negotiate, that is Ukrainians who invented that as if we are fighting with them, so they do not want to negotiate with us about the transit of gas. And here Russia will say: want to negotiate gas or peace, sit down with the "L / DNR" groups. Russia will play this game to the end.

It is quite possible that Russia will blackmail Europe: "Tell Ukrainians to negotiate with" L / DNR ", then we will sign an agreement on gas." I'm sure this option will appear on 100%. It is especially beneficial now, when Ukraine itself offers peace talks. If we can use the gas aspect and make it part of the peace talks, then Russia will take Europe to its side. Here's which scenarios you should prepare. It is necessary to stock up gas for ourselves and for our European counterparts in the event of a new gas blackmail from Russia.

Therefore, peace talks can only be talked about after we sign a gas agreement.

- But in society there is a expectation that peace negotiations should begin almost tomorrow, and the administration will have to do something about it.

- Yes, this is a problem of a new administration that has created unrealistic expectations. She created the impression that it is possible to speak with Russia, it is possible to negotiate. And in Russia there is no motive to change its position. They can not even let our seamen seized completely unlawfully. Let's say the negotiations have begun, and they let our sailors go. They expect Ukraine to do something in return. And in us there are very few trump cards. And Ukraine needs to look for opportunities now so that Russia will not be the first to talk to Europe, but to look for ways to create additional pressure on Russia from Europe.

- Is there any reason to hope that the new administration will realize these challenges and begin to act? This is especially important now, when many European countries stipulate their assistance to Ukraine in conducting reforms and fighting corruption.

- Russia will use the moment of transfer of power to destabilize Ukraine. When the new team begins to fill the posts, even if they, as they have promised, will be engaged in reforms, will bring specialists through social lifts, then there will still be moments when there will be a vacuum of power. And there will be a time when these new people will have to study in positions, because one thing is to be an activist, and another thing to be a public servant who must make complex professional decisions.

Regarding reforms, then all plans, all the legislation on reforms is ready. And the institutions are ready, the Ministry of Defense is ready. The previous administration could begin to implement these reforms, but for some reason did not start.

Now, if appointed, as they say Ivan Afarchin, or they are talking about Anatoly Gritsenko, they will have support within the Ministry of Defense. But here just has to be a specialist, not just a trustee of the president, because in this sphere there should be a professional.

The new administration is not such a difficult task. She needs to launch the "Law on National Security", where everything is defined in a frame. It is necessary to propose specific legislative acts of the law on the Security Service of Ukraine, the Ministry of Defense, and the Armed Forces.

The only question is whether there will be a political will and a desire to break the corruption schemes, so it is very important to see who will be appointed SBU chairman, for example, because the head will be responsible for this reform.

An interview was published by Radio Liberty

Gela Vasadze: “A bridge from Europe to Asia. Need for synchronization of efforts »