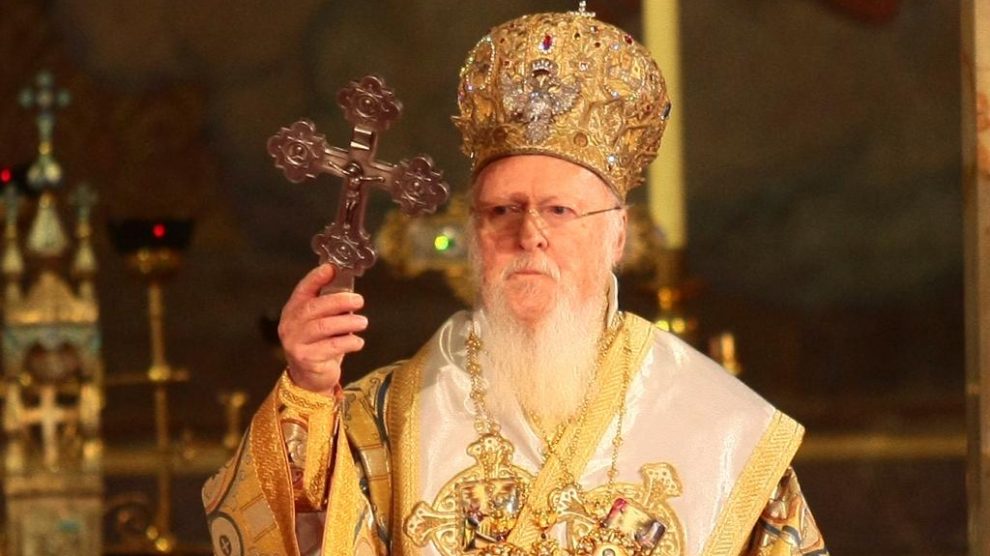 Since the adoption of the Ecumenical Patriarchate, the decision to give Tomas on autocephaly to the Ukrainian Orthodox Church has already passed more than a year. However, there are still speculations on the canonical nature of such a solution, generated by the Russian Orthodox Church, which can not reconcile with its supporters. In an interview The Bulgarian Information Agency of BGNES, the Ecumenical Patriarch Bartholomew, explained the reasons and provided evidence of the canonicality of this ultra-important decision for Ukrainian Orthodoxy, which eventually restored historical and ecclesiastical justice and is an important aspect of the process of creating a new Ukrainian state.

Your Holiness, the Ecumenical Patriarchate of Constantinople is known for its openness and commitment to the development of relations established between national confessions in the Orthodox world. "Proclamation" of the Ukrainian Orthodox autocephaly was a rather bold step, which some Orthodox Christians regard as the reason for the split in Orthodoxy. Could you explain how this decision was made?

Thank you for inviting to a very important spiritual and church conversation, which will undoubtedly cover many aspects of the Ukrainian church issue and much more.

To reveal the reasons why the Synod of the Ecumenical Patriarchate, after a very serious discussion, decided to provide autocephaly to the Ukrainian Church 22 April 2018 year, we must first consider the history of the Kievan Metropolitanate, although it is hardly possible to do this within an interview. But before this, before God and the people, we must recall some historical truths.

Despite this, the Kievan Metropolitanate has never been canonically transferred to the Moscow Patriarchate. There is no official document confirming such submission or act by the Church of Constantinople. The well-known letters of the Ecumenical Patriarch Dionysius IV only gave a canonical permission to the Moscow Patriarch to appoint a Metropolitan of Kiev, who, at the same time, remained subordinate to the Patriarch of Constantinople.

Since then, and until April, 2018 year, when the Ecumenical Patriarchate decided to provide autocephaly to the Ukrainian Church, many attempts were made to obtain the Church's independence of Ukraine from Russia, but none of them was successful, for which the Moscow Patriarchate is fully responsible. In fact, not only these attempts were unsuccessful, but also the splits that were created in the last century and are mainly related to the desire of the Russian Church to prevent the Church's independence of Ukraine. There is no need to return to the historical events of the last century, because they are well known to all of us. We note only that until recently in Ukraine there were three church jurisdictions: one under the Moscow Patriarchate as an autonomous church of Ukraine headed by Metropolitan Onuphrius; another under the leadership of the self-proclaimed Patriarch Filaret as the "Patriarchate" of Kyiv; the third, under the leadership of the self-proclaimed Metropolitan Macarius, as the autocephalous church of Ukraine.

11 October 2018 year The Synod of the Ecumenical Patriarchate, after the long requests of Filaret and Macarius, restored the canonicality of the two leaders of the canonical groups, recognizing their archiepier, but not their rank. This means that Filaret is no longer a Kyiv patriarch but a former Metropolitan of Kiev, and Makarios is not an archbishop of Lviv, but rather a former Lviv archbishop. The good news in the decision of the mother church is that the two church jurisdictions of Filaret and Macarius are united under the spiritual guidance of the Ecumenical Patriarchate. They took part in the Cathedral, who chose the Metropolitan Epiphany as the head of the new Ukrainian Autocephalous Church. We consider it to be a great blessing from God that the Ecumenical Patriarchate succeeded in restoring the canonicality of an entire multimillion nation that was outside the Church without any dogmatic reason. Thank God. Consequently, the decisive factor that made the Ecumenical Patriarchate to give Ukraine an autocephaly is the healing of the split and the restoration of church unity.

Is there a consensus among other national Orthodox churches about the "proclamation" of Ukrainian Orthodox autocephaly?

In the first millennium, the decision of the Ecumenical Councils established the boundaries of the five ancient patriarchs (Old Rome, New Rome - Constantinople, Alexandria, Antioch, Jerusalem) and the Cyprus Church. Over the next few years, the Ecumenical Patriarchate, guided by the Holy Canons (including 9, 17 and 28 canons of the Fourth Ecumenical Council, 36 Canon Church of Trullous, and 1 Canon of the Cathedral from 879 / 880, which was held at the Church of the Holy Sophia in Constantinople) took responsibility for giving Tomos an autocephaly to all newly created churches, turning them into archbishops or patriarchates, without discussing or co-operating in this matter with other churches. In the case of Ukraine, we have not done anything else. We used the same practice that we adhered to in recognizing all newly created autocephalous churches.

Obviously, after the collapse of the USSR and the proclamation of Ukraine's independence, Russia wants to preserve its domination in the post-Soviet space. What is the policy of your Holiness about Russia's interference in the religious affairs of Orthodox Ukrainians? Speaking about religious issues, we mean any institutional intervention of the Russian Orthodox Church in the religious affairs of the Ukrainian Orthodoxy.

We believe that the Ukrainian people need to provide autocephaly and church independence - something that he sought to receive for centuries. Autocephaly, given to the Ukrainian Church by the Ecumenical Patriarchate, provides an opportunity for internal self-government, which always supports the development of the local church. At the same time, do not forget about the latest socio-political changes that have created new conditions. In addition to the independence of the country and the creation of a new state of Ukraine in 1991 year, after the annexation of the Crimea in 2014, conditions for Russia's presence in Ukraine have become even more complicated. Shocking political events, through which new, completely different geopolitical conditions were formed, made the Moscow Patriarchate (in Ukraine, ed.) Unwanted and detrimental to the interests of the Ukrainian nation and the unity of the Ukrainian people. For this reason, it is quite clear why a large part of the Ukrainian people wants church liberation from the church, which helps or even serves the interests of a state that is in conflict with Ukraine.

A similar situation is observed in relations between other national Orthodox confessions, which is very similar to the "proclamation" of autocephaly of the Ukrainian Orthodox Church. Both Ukrainian and North Macedonian autocephaly raise issues related to the status of the national Orthodox clergy and their property. For example, the Ecumenical Patriarchate urged the Bulgarian Orthodox Church not to interfere in the spiritual affairs of Northern Macedonia, and your Holiness said that you would personally follow this. Does this mean that this is part of the appeal?

The request for a challenge is a privilege and a great responsibility given to the Constantinople Church by the Fourth Chalcedon Cathedral in 451 year. The 9 and 17 Canon of that Cathedral rule that if a bishop or priest is rated by his metropolitan or local synod and considers that he is offended, then canonically he may refer to the Constantinople Patriarchate, who is responsible for considering his petition and making a final decision. This prerogative of the Ecumenical Patriarchate has been used repeatedly in the history of bishops' questions from other patriarchs and autocephalous churches.

In this context, the Ecumenical Patriarchate expresses its great pain in connection with the internal split experienced by the Bulgarian Orthodox Church in the 1990-ies. Similarly, she considered the request of Filaret and Makarios, who used to be metropolitans of Kiev and Lviv. The Ecumenical Patriarchate also received a request from Metropolitan Stefan, the head of the so-called "Macedonian Church". In fact, each case is unique; The mother church examines each case in the spirit of love and unity, always pursuing the spiritual benefit and salvation of believers. And she will always continue to move with love in the same spirit over the next few years.