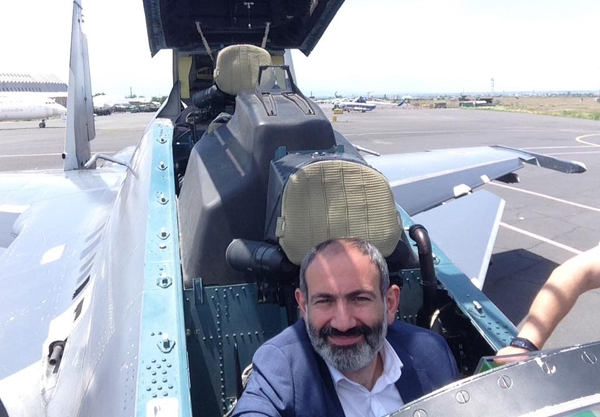 Interview of the head of the South Caucasian branch of CIACR Vladimir Kopchak to Vesti.Az

Recently, the Stockholm Institute for the Study of Peace (SIPRI) has published data that military expenditures in Armenia in 2018 increased by 33% and reached 609 million US dollars. How do you comment on such a jerk?

The growth of Armenia's military spending in 2018 year does not look like something extraordinary. He predicted, though not at such a scale, but at the level of 500-520 million dollars.

In addition to the worldwide trend of growth in defense spending, there are several explanations. First of all, we, however steep, are dealing with inertia after the events of April 2016 of the year, when the corresponding organizational conclusions were made both in Baku and in Yerevan. Cost growth is a direct consequence of those events. Secondly, there is nothing unusual in principle in increasing the defense spending of a belligerent country, which is de facto Armenia. The peaceful solution to the Karabakh conflict is not even seen even now in May 2019 year after all known initiatives - what to say about the 2018 period of the year.

As for the voiced numbers, I would be at ease with all these Top-15 or Top-10 ratings. It is imperative to consider dynamics in isolation from absolute indicators. The presence of Armenia in these "tops" suggests that Yerevan at the beginning of 2018 year was at a very low start. (For 2018 the year in these "tops" is also present, for example, in Latvia). As for absolute values, Armenia's indicator is not comparable with Azerbaijan (not to mention neighbors - Turkey or Iran).

Is there a growing cost of purchasing new costly complex weapons systems?

Here, of course, the structure of defense spending is important. We can not operate closed numbers. It is also important what SIPRI considered. Here, in my opinion, the very attempt to withdraw from the budget of the contents of the budget for the development of the armed forces is important. An important percentage of the military personnel's money (other types of security), the cost of military training and the rearmament of the army is important. I do not think that Yerevan has managed to leave the content budget in a qualitative way, in spite of the declared dynamics of expenses. Although a tendency or desire is viewed.

It is not yet a question of a cardinal high-quality re-equipment of the army through some mass procurement of new weapons systems. It is preserved, and I would even say, that the dependence on preferential Russian loans for point purchases of Russian weapons systems, which remain unaltered in the importation of Airborne Forces for Yerevan, is increasing. It must be understood that for all the "special conditions" for Yerevan, for example, the already obtained operational-tactical missile complexes "Iskander" or the SSC "Buk" required and require the creation and support of an integrated system of dislocation / deployment, maintenance / repair, training of personnel and so on. It is a significant financial measure in Armenia, and it also has a bearing on rising costs. Plus credit lines (let and preferential) provide both prepayment and their maintenance.

The latest purchase of Russian multipurpose fighters Su-30СМ only confirms the above-mentioned calculations. The appearing from time to time promises of the possibility of Yerevan purchases of Western weapons systems (the United States, etc.) are still not speculative soil, no more. The vassal military-economic dependence of Armenia from Moscow has not gone away.

How far is the Armenian economy capable of sustaining such trends?

The right question. For the only alternative to the described processes for Armenia is the development of its own military-industrial complex (MIC). Today one can talk about a certain rate on national development of tactical unmanned aerial systems, battlefield reconnaissance systems (which, incidentally, also became a reaction to the events of April 2016). However, the development of "defense" can not take place in isolation from the economic growth of the state. And here Yerevan has problems. Despite the stated goals of the new team of Prime Minister Nikol Pashinyan, there is still no need to talk about high-quality economic reforms in the economy. Accordingly, it's too early to talk about a qualitative leap in the development of a national military-industrial complex.

The question is not in balance, but still in need of spending on the military sphere. If someone advocates for peace, what are these costs, and even in a difficult situation in the economy?

This is a matter of desires, priorities, current necessities. Again, the SIPRI figures shown do not look like something out of the rows, on the contrary, they look, rather, modestly and as much as possible.

Your binding of military spending figures to the current "revitalization of the peace process" is premature or not at all, in my opinion, correct. On the one hand, the intensification of the high-level dialogue between Azerbaijan and Armenia can not be welcomed. After a series of "targeted" contacts, the first official meeting between President Ilham Aliyev and Prime Minister Nikolai Pashinyan took place. Meetings at the level of the two foreign ministers are regular. All of them end with calm, verifiable and constructive statements. It is impossible not to mention a long period of relatively calm conditions on the line of contact in the area of ​​Karabakh.

But at the same time, the OSCE MG offers a settlement option that is not initially acceptable to either Baku or Yerevan. Exit deadlock is not visible. It turns out that the process lives separately at the level of declarations after formal meetings (and we can only guess the actual content of the negotiations) and separately in practice, when both opposing sides hold in the head and systematically prepare for a military variant of the development of events. The same slogan "on the preparation of peoples for peace" remains a thing in itself and so on ...

Therefore, the tendency of increasing military expenditures - that in Armenia, that in Azerbaijan - will only intensify.

Gela Vasadze: "About the situation in Iran without slipping into simplicity ..."