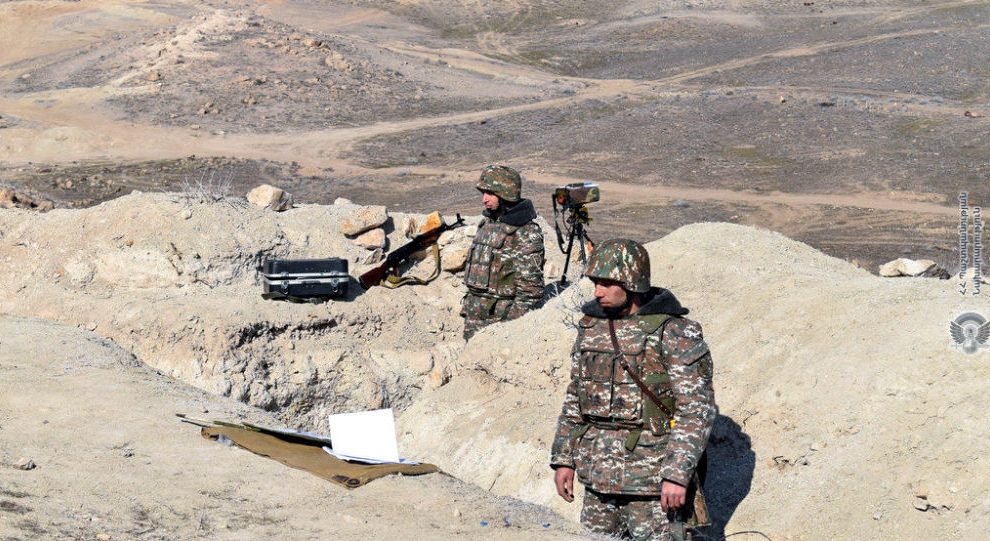 CIACR-South Caucasus presents an interview with the director of the Institute of the Caucasus (Yerevan), political scientist Alexander Iskandaryan

What is the general geopolitical context of the US decision on the Golan Heights? Can this decision be a precedent for Nagorno-Karabakh?

The Golan Heights are extremely important for Israel. It is important, in particular, in the military sense, since the heights, in fact, hang over Damascus. When the heights belonged to Syria, the Arabs, the northern part of Israel was constantly fired. And in 1967, Israel was able to capture them. In addition, almost one-third of Israel's water resources originate from the Golan Heights.

The population of the Golan Heights now consists mainly of Jews, as well as of the Druzes, an ethnoconfessional group of Arabs, who, unlike Muslim Arabs, serve in the Israeli army. For Israel, the Golan heights are important, which is why Israel has "officially annexed" them. The territory of the West Bank and the Gaza Strip is under Israeli control, but Israel has not been annexed. Part of these territories is the Palestinian Authority, the other part is under the military jurisdiction of the Israelis. And in the case of two territories - Jerusalem and the Golan Heights - Israel says that these territories belong to him. Jerusalem in view of the sacred significance of this city, the Golan Heights - a strategic one.

If, from this context, we switch to other contexts, in my opinion, the problem is political rather than legal. The decision on the Golan Heights can not be a precedent for other conflicts. That does not happen. If that were the case, then, after the recognition of Kosovo, all other examples of this kind would be recognized, which are in the world, and their order is fifty. Of the recognition of Kosovo by more than a hundred countries of the world, it does not follow that they immediately recognize North Cyprus, Taiwan, Abkhazia, South Ossetia or Nagorno-Karabakh. This does not work, it's not a precedent question.

Talks that if the Golan is strategically important for Israel, then Nagorno-Karabakh is strategically important for Armenia, and the same thing as the Golan Heights must take place - these conversations are groundless ... No, it should not. Each particular solution is primarily political, not legally. It concerns specific relationships. In the case of the Golan, we are dealing with the US with Israel, and not with all states. Precedents just do not work like that.

... In 1971, Bangladesh was able to separate itself from Pakistan after the war. Bangladesh has recognized, and this country has an armchair in the UN. But this did not help other unrecognized states.

... In 1993, Eritrea has become a recognized state, but it has not become a precedent.

The Golan Heights also can not be a precedent. It was a political decision. Trump's decision is political, and it can not be a consequence for other examples. In general, one can say that international law is subject to some erosion ...

How correctly is it possible to compare the Nagorno-Karabakh problem with the recognition of the Golan Heights?

Looking who compares. If we talk about scientific reality, scientists compare, since the comparison is one way of knowing. To understand, describe phenomena, find typical things, general similarities and particular. Different conflicts are taking place, which have differences, but there are similarities. Compare to better understand, but this is what concerns the scientists.

As for the right, the law must appeal to the universals. Right says it's admitted, but it's not. If the law can not kill people, but the state has a monopoly on violence. A policeman or a soldier can shoot at a person in a number of situations. And a private person can not, he does not have such a right. Right - it is universal, but politics affects the right. And we see that there is a violation of things, which, in essence, are universal.

... And we have to explain that, for example, Kosovo was recognized because it was an exceptional case. Why is he exceptional, nobody can explain, but he is exceptional. In the world there are thousands of territories of strategic importance for different states. And if each state captures these territories for strategic reasons, there will be chaos in the world. Right - it should be conservative.

But, on the other hand, law exists not in airless space, but in a world in which different decisions are taken by different states. And what if the decision is taken by a superpower like the US? We have to somehow coexist with this, and we see that many states of the world have not recognized the Golan Heights. The positions of geopolitical centers differ on this issue. And it turns out that there are two realities, one is real, the other is legal.

Very many states in the world, in fact, do not exist. There are really no states such as Afghanistan or Somalia. And there is a right. The UN has an armchair in which their representative is seated. But the state itself controls a small part of its territory.

There are also surprising cases. By 1971, Taiwan was represented by China at the UN. That is, the Taiwanese state was recognized, and the PRC, which occupies a huge territory, did not have a seat in the United Nations. Now on the contrary. And this is a reality with which to be considered. Therefore, let it be slow, but changing. On the one hand, it must be conservative, but on the other hand, it's naive to suppose that the right must remain as it was during the Napoleonic wars. There are changes, and what we now see is part of these changes - they are due to political reasons. The reality in the world is changing, and countries are beginning to behave differently. Not like it was during the Cold War, for example.

That is, political changes are needed to recognize Nagorno-Karabakh?

The political will is not about the problem of unrecognized states, in general. Obviously, if Nagorno-Karabakh were in the heart of Europe, if there were not as many as 140 thousands of people living in it, but two million, and refugees would be in European capitals, then it would have to do something about it. As with Kosovo. If there were as much oil in Nagorno-Karabakh as in Kuwait, then it was necessary to do something about it. And this is not always good, because the solution can be either one way or another. Unrecognized countries have many in the world, and their problems have not been resolved for decades.

How will this affect the situation in Syria?

Not so. Syria, of course, does not recognize that the Golan Heights belong to Israel, but Damascus has never recognized it. On the other hand, to de facto make the situation change, Syria is not in a position to. She was not able to do this even when she was a single state. Such an attempt was in the autumn of 1973 during the Arab-Israeli War or the War of Judgment Day. But nobody made a serious change. After that there were no attempts. Now Syria is not up to the Golan Heights due to many known domestic problems.

There is talk of the likelihood of terrorist groups entering the Syrian Government's uncontrolled regions that border the Golan Heights. This may be, perhaps, but this is not due to the recognition of the United States of the Golan Heights. If geography allows Gaza to shoot southern regions of Israel, then in the case of the Golan Heights it is difficult, since the shooting must be high.

Recognition of the Golan Heights will weaken Russia's position in the region?

I do not think that recognition of the Golan Heights will somehow affect Russia's interests. Because this, again, is not a Syrian issue. Syria is unable to fight Israel. There are no such tasks. The questions concerning Syria's own affairs and the interests of Russia in this state, do not touch that part which, in general, has been de facto not controlled by the Syrians for many years ...

Iran's role in Syria is serious enough. But again, it's about Syria, not about the Golan Heights.

GSAC-analyst: “Features of forming public opinion in the conditions of political stress. Results of the week in Georgia (December 16 - 22, 2019) »