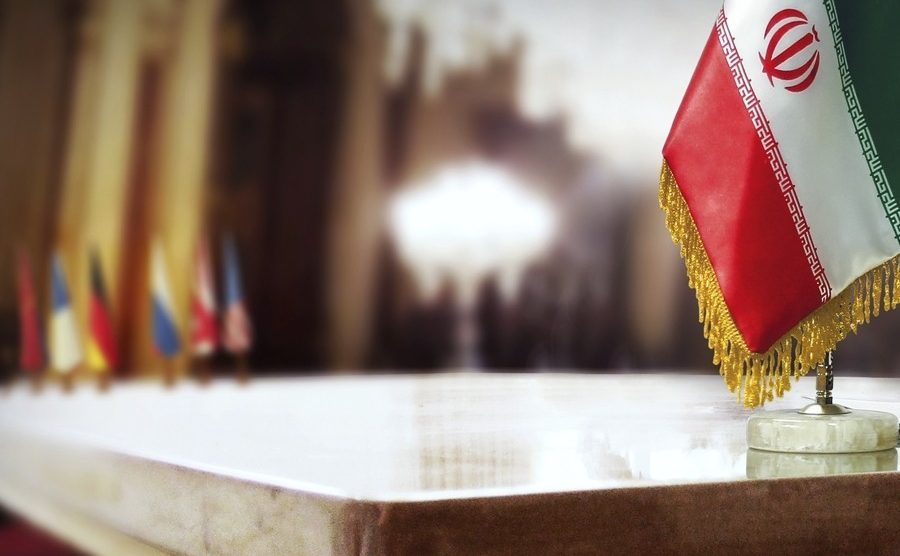 Iran, as a major state of the region, is interested in developing economic and cultural ties with the countries of the South Caucasus.

Iran's relations with the three South Caucasus countries are different. Azerbaijan is in the first place in the depth and diversity of relations in Tehran. This is Iran's closest neighbor in terms of historical ties, common traditions, and a common culture. Our close ties are historically determined.

However, today it is possible to speak about the unrealization of the potential of the Iranian-Azerbaijani relations. For example, the level of trade between Iran and Azerbaijan is only 400-450 million dollars a year, which is very small. Iran buys Azerbaijani gas through Astara and at the same time exports gas to Nakhichevan through Gaza. A separate direction is the distribution of electricity. Iranian company owns 10-percent share in the Shahdeniz gas field and so on ...

The completion of the construction of the Astara-Rasht railroad may be an impulse to a breakthrough in Azerbaijani-Iranian trade and economic relations. This line has already begun to function. In general, relations between Iran and Azerbaijan in the field of economy, energy, transport should be actively developed.

Separately, the rapprochement of our countries will allow Iran to strengthen its relations with Russia and Georgia through Azerbaijan.

At the same time, Iran develops good neighborly relations with Armenia. We are actively developing trade relations with Yerevan. Iran exports gas to Armenia. With the link to gas supplies for Yerevan, there is an agreement on purchasing electricity by Iran in Armenia between naked countries.

IRI has a total 40-km border with Armenia, but Iran plays an important role for the Armenian economy. Today, Armenia is in fact blockade by Turkey and Azerbaijan. There is no diplomatic relationship between Armenia and Turkey and so on. And the paradox - even under these conditions, the trade between Iran and Armenia is equal to the trade turnover between Turkey and Armenia. Iranian-Armenian relations are poorly developed and far from being fully realized.

Georgia for Iran is in third place in the region according to the level of development of bilateral relations. According to the most optimistic estimates, the trade turnover between our countries can be 100-150 million dollars a year. This is very small, given that the trade between Georgia and the same Turkey reaches 2 billion dollars.

Georgia holds pro-Western policy. She has a close relationship with the United States. But, despite this, the official Tbilisi could not go far ahead. Georgia has unresolved issues with Russia after the 2008 year of the August war. Relations in the Tbilisi-Moscow line have not normalized, and it is unlikely that this will happen in the foreseeable future. In general, the trade turnover of Turkey with the countries of the South Caucasus has potential - up to 6 billion dollars. As for Iran, there is not even 1 billion dollars. Hence the level of influence. Compared to Turkey and Russia, Iran is inferior to the level of trade and, accordingly, by the level of influence on the countries of the region.

In this plan, it is precisely Azerbaijan that has to pursue a balanced policy from the three countries of the South Caucasus. Baku has normal workers with Russia. Similarly - from the United States. Nowadays, the West seeks to exert pressure on Azerbaijan, which does not contribute to the normal climate of relations.

It is important to understand that Armenia is also trying today to build a normal multilateral diplomacy, but it is not yet possible to achieve it. And here the agenda is much wider than the unresolved conflict around Karabakh. Armenia has a military base in Russia. Her economy, energy are completely subjected to Russian control, the borders are guarded by Russian troops. Under such conditions, the pursuit by Armenia of a normal, balanced policy is impossible in principle ...

Syndrome of the UAES

The Armenian parliament ratified the Free Trade Zone (FTA) temporary agreement between the UAE and Iran.

The procedure for preparing the signing of an agreement on the establishment of a PTA between Iran and Armenia in connection with the Eurasian Economic Union and its further ratification continues. From the side of Iran there will be no problems with this. The agreement will be ratified.

It should be understood that as a result of the occupation of Azerbaijani territory, Armenia was in a state of blockade from the sides of Turkey and Azerbaijan. Last but not least, Yerevan signed an agreement with Iran. This is vital for Armenia. Not sure if this would happen, do not be in the Nagorno-Karabakh conflict ...

A number of goods, being exempted from taxes, will now be free to leave Iran from the countries of the EAEC and vice versa, and this will happen precisely through Armenia.

The EAEC has not yet become a strong international economic organization. FTA with Armenia does not mean the automatic entry of Iran into the EAEC. This may not happen, in any case I do not expect it in the near future. At first the ATP should start working. If this happens, then this will create prerequisites for joining Iran in this organization. It is also necessary to resolve political issues before Iran makes a decision to become a member of the EAEC.

Tehran has for many years sought to become a member of the SCO, with the status of an observer country. A positive decision is not yet seen. A number of countries have joined the US sanctions imposed on Iran.

... For example, Azerbaijan and Georgia are not members of the EAEC, but they have normal connections with the member countries of this organization, except for relations between Tbilisi and Moscow.

The EAEC has yet to prove its economic efficiency. Let's recall that the goal of establishing an organization was the entry into it of all CIS countries. But this did not happen. Putin's idea of ​​creating a kind of economic remake / likeness of the USSR remained an idea far from realizing. Russia is not so powerful from the point of view of the economy, in order to form a positive agenda for potential members of the EAEC for the future. At the present historical stage, the main driving force of any state is its economy. Russia is also trying to exert political pressure on the countries so that they become members of this alliance. The current members of the EAEC, in fact, did not enter it voluntarily. The aspirations of other states to join this union have not yet been observed.

There is a tendency, there are symptoms that Russia wants Azerbaijan to become a member of the EAEC. Rumors and speculation around the Nagorno-Karabakh issue and so on are being heard. All this, one way or another, means of pressure on Baku. Again, without a clearly expressed economic motive, other leverage of pressure will only lead to the opposite result.

For example, today, the United States and Europe do not need to resort to pressure. American and European factories have the image of world-class organizations. Following the imposition of sanctions against Iran, European corporations (such as Renault or Total) simply left Iran. They counted losses on the prospect, and did not hold on for immediate profit. But if they viewed Iran with a prospect of future profits, for example, in 50 billion dollars, and with the US at 20 billion, they would donate their accords with Washington in favor of Tehran. Today's strong economies are leading global processes.

The EAEC can become a strong, competitive global organization, only based on economic factors. Otherwise, if it continues to be a structure under the umbrella and influence of Russia, its influence on world processes will be very limited. Today, Russia needs capital investments and developed foreign technologies. What role can a locomotive take from her side? And the force pressure will only lead to the rejection of the current and potential partners of the Kremlin ...

Security in the Black Sea region: a view from Bucharest