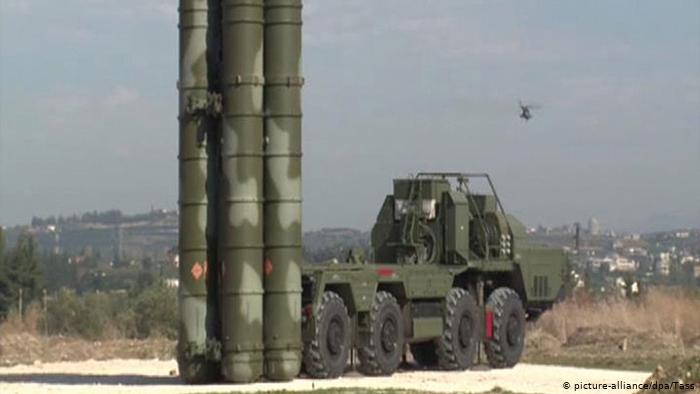 CIACR-South Caucasus presents an interview with director of the Institute of Oriental Studies of the National Academy of Sciences of Armenia, Turkologist Ruben Safrastyan.

How deep is the breakdown of relations between Washington and Ankara because of the deal on the delivery of Russian complexes of air defense to C-400? What will happen if Turkey does not refuse this idea?

This deal already already affects the relations between Turkey and the United States and NATO in the deepest way. It has come to the point that, in fact, both the United States and NATO make an ultimatum to Turkey, putting it before a choice. Nevertheless, judging from information from the Turkish press, President R. T. Erdogan is resolutely determined and does not intend to abandon the deal with Russia. The United States has already stated that in the case of the sale of Turkey, it will have to refuse to sell the F-35 transaction, and also threaten that Turkey will not receive Patriot anti-aircraft missile systems (ARDS). Turkey, in turn, declares that it does not bother her. But is it really necessary to wait for the development of events. The main question is how far Turkey will go in its confrontation with the United States. It's hard to say how far it will come and how it will end.

But Turkey is a member of the North Atlantic Alliance. How likely is Turkey to be out of the block?

Yes, and remains a member of NATO. She is not going to leave the block, nor is she going to roll out relations with the United States. But Washington is already very resolute about Turkey. I follow the publications of the Washington think tanks, the issue of Turkey's alternative as a geopolitical, strategic ally of the United States in the Middle East is currently being discussed quite actively in expert circles. In particular, the issue of replacing the US air base in Inzhirlik, which in terms of the US strategy plays a crucial role in the Middle East region, is also discussed. So, I think that Turkey has not yet crossed the "red line". But close approached her.

Why Turkey seeks to buy Russian C-400 complexes? How critical is it for a Turkish military-industrial complex that a possible rupture of cooperation with the United States is critical, given that Russia is the supplier of final defense products, but not technology?

At some stage in this deal, judging by the open press, the question of the production technology of C-400 for Ankara was raised. Turkey, of course, insisted on this, but Russia did not agree. Over time, they ceased to write about it. Some arrangement has been achieved. If you believe in the press, Russian specialists who will install the complex must arrive. Turkey also demanded that Turkish specialists be involved in this, in order to gain access to certain technologies associated with C-400. But, I believe that some compromise has been reached.

The rapprochement with Russia would jeopardize Turkey's strategic priorities in the interests of the situational interests of its political leadership?

I do not think that R.P. Erdogan is seriously expecting to break with the United States. He, of course, is a charismatic person, but at the same time is a sober politician with a completely rational thinking. He counts on the fact that the geopolitical significance of Turkey for the United States is so great that, even if Turkey will be in something to crack, Washington will not break with Turkey. This is a betting game. Washington is still trying to find an alternative to Ankara. I think so far unsuccessfully. Turkey retains the role of a geopolitical, strategic ally of the United States in the Middle East.

Turkey, in its turn, depends on the supply of American weapons, although it actively develops its military-industrial complex and is trying to find an alternative in the face of Russia, purchasing something from China. But while her interests are that the flow from the United States, feeding on the military industry and the armed forces of Turkey, is not exhausted. Its interests objectively consist in maintaining strategic and allied relations with the United States and NATO. Turkey needs the Alliance. Well, with Russia, I do not think that R.T. Erdogan will go so far as to consider the question of a serious military-political alliance with Moscow. It will not be. I can not see the prospects of leaving Turkey from NATO yet. Ankara is trying to systematically raise its significance in the region.

Declares itself as a serious player in the region?

Attempt at any rate.

What prevents her from becoming?

The fact that she is a NATO member and an ally of the United States (if the word "interferes here is appropriate"). On the whole, Ankara's policy is in the wake of the US. It represents the interests of the West in the Middle East. Her relations with Russia, if not to take into account the transaction on C-400 (which in turn is closely tied to the events in Syria), are, if not tactical, situational in nature. For example, contradictions of strategic nature with Russia in the South Caucasus remain behind the levers of influence. In a strategic sense, Russia and Turkey are not allies.

What is Russia's interest in selling critical technology to a NATO member country?

For modern Russia, given the sanctions against it, given the acute competition in the global arms market, it is very important to make a deal worth several billion dollars. There is another factor. He proceeds from the modern Moscow policy, which, against a background of confrontation with the West, is trying to maximize the use of contradictions between Western players in order to make a greater split in the EU and NATO. And such a deal clearly lies in the channel of geopolitical calculations of Russia.

Turkey's rapprochement with Russia will affect the Kurdish issue?

The Kurdish issue in the Middle East is intense and will become more acute over the next few years. Although in the foreseeable future, the creation of a single Kurdistan is not visible. But the process is in this direction. The Kurdish movement in Syria is under the influence of the United States. Before the war, the Kurds accounted for 9% of the Syrian population, but occupy about a quarter of the territory. They demand autonomy, but Damascus does not recognize this under the current constitution. The Kurds tried back three years ago to establish contacts with Moscow, but eventually turned to the United States, which sold them a large number of weapons and trained staff. And when the US leaves Syria, everything will be left by the Kurds. Washington will continue to use them for their geopolitical purposes in the Middle East, in particular, in Syria. Russia today has no serious leverage on the Kurdish movement in Syria.

For Turkey, the main goal is to prevent the creation of an independent Kurdish state in the Middle East and to have as few autonomy as possible, especially in the border region of Syria. Ankara will be in a hurry to prevent this. The Kurds will continue to support the United States, which offers Ankara specific opportunities for trading with Washington. The US has yet to stop Turkey's third offensive in Syria - in the Kurdish region. And here Russia has fewer opportunities than Washington, in terms of its influence on the Kurdish movement. Therefore, the US is trading Turkey on this issue.

And on the stability of the South Caucasus, in particular, on the Karabakh conflict - how will the situational Russian-Turkish rapprochement affect?

Here, the geostrategic purpose of Turkey is evident - the weakening of Russia's influence in the South Caucasus, ideally, so that this region is as independent of Moscow as possible. Turkey is trying to create a kind of economic, political and, to a certain extent, Turkey-Azerbaijan-Georgia military axis. This is still in the process of becoming, and it is difficult to say that this will turn out. The project of this "tripartite axis" in the Ankara paradigm is directed against Russia and, obviously, to strengthen Turkey's role in the South Caucasus. And also on the isolation of Armenia.

In the Karabakh problem, Turkey will from time to time try to assume the role of mediator - either as a fourth negotiator, or in some other, less explicit format. But this is unlikely to succeed. The current Russian-Turkish tactical rapprochement will not affect the settlement of the Karabakh conflict. Russia will not make concessions to Azerbaijan or Turkey in the Karabakh issue. In the strategic sense, it does not matter to her.

Is situation destabilization expected from Moscow's rapprochement with Ankara?

Turkey takes this opportunity into consideration because it can try to use Azerbaijan to destabilize the situation in the South Caucasus. Ankara will keep it safe. But not against Armenia, but against Russia. Here in the strategic plan the game goes against Moscow. For some time, Russian-Turkish relations have a tactical allied character, but at any moment it can change. Neither Russia nor Turkey take concessions. These are situational interests. If Ankara is to try to raise rates in confrontation with the Russian Federation (as it is today with the USA), the option of stimulating Azerbaijan to escalate against Armenia and Nagorno Karabakh can not be ruled out ...

Rauf Rajab: "Turkey-US: way out of the Syrian impasse?"