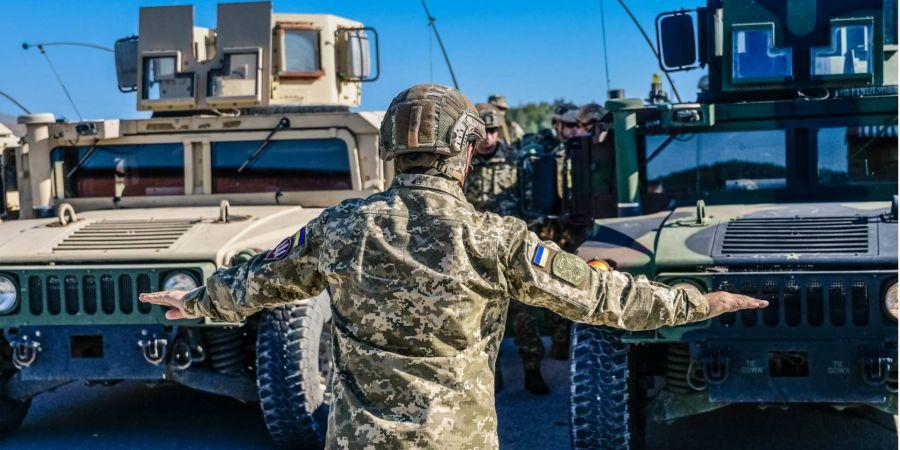 Security and Defense Issues - sphere of responsibility of the president.

We will provide united leadership by the forces of defense in accordance with the principles and standards adopted by NATO member states.

In the shortest terms we will solve the problem of transferring the system of military control bodies to the J-, G-, S-structure.

Head of General Staff will be separated from the post of Commander-in-Chief of the Armed Forces.

To withstand the enemy, which prevails in our numerical and material terms, will be a professional, voluntary and motivated army, interoperable with the armies of NATO member states.

The army will be reinforced by a permanent reserve of resources and a system of territorial defense.

We will ensure the involvement of the army military officers who care about the soldier's life and are able to win.

Commanders and Tactical and Operational Levels will get the maximum possible independence in making decisions on the repression of armed aggression.

We will not give the enemy one meter of our territory.

We will create a modern one system of planning and management of defense financial and material resources, based not on the minimum need for defense, as we do today, but from regulatory needs, as is done in the leading armies of the world.

We will deprive the Armed Forces of non-specific functions. Military property that is not used by appointment will be transferred to the management of central or local authorities and other bodies authorized to manage state property.

Will be secured openness of financial information regarding the functioning of the security and defense sector and public access to control the effectiveness of the use of each penny of allocated financial resources.

No one will earn an army.

We are not in a word, but in practice we will provide real NATO standards for the distribution of financial resources:

The state guarantees a decent soldier's security and when he serves, and when he becomes a veteran.

We will ensure the transparency of the state defense order and create competitive conditions for private business and state-owned enterprises.

Ukroboronprom will be deprived of functions related to the formation of military-technical policy. Formation and implementation of military-industrial policy will be carried out by a new central executive body.

Most defense procurement will be transferred to electronic platforms without the possibility of interfering with the process of their work. The price will be just one of the criteria for determining the winner.