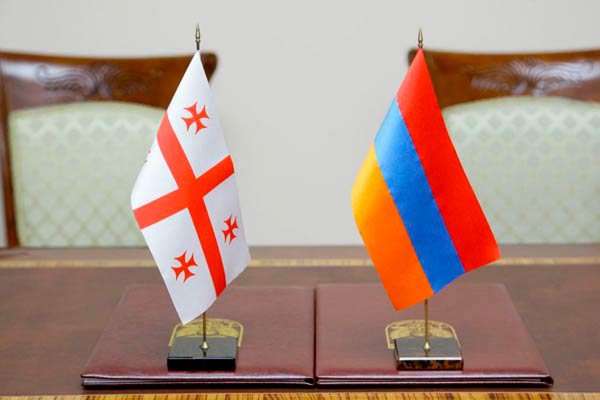 CIACR-South Caucasus presents an interview with the Georgian expert on the Center for Regional Studies, political scientist Johnny Melikyan.

How do unresolved conflicts and, in particular, the Karabakh conflict on Armenian-Georgian relations affect?

The attitude of Georgia to the Karabakh conflict does not change. The Georgian side claims support for the territorial integrity of Azerbaijan, at the same time, stressing that it supports the peace process and opposes the resumption of hostilities, because regional security is very important for Georgia.

In the 1990 years of independence, some well-established approaches have developed. There were gentleman's agreements, according to which Armenia and Georgia did not vote against each other on international sites. With the change of power in Georgia and the coming to power of M. Saakashvili, deepening of relations with Turkey and Azerbaijan this agreement has ceased to exist ... And today we have another picture - Georgia votes for resolutions initiated by Azerbaijan, Armenia votes for resolutions initiated by Russia. This in a certain sense has created complications in relations over the years. Territorial conflicts have become a watershed between Armenia and Georgia.

Countries have objectively different approaches to conflicts and their settlement. In Tbilisi, they know that in the Karabakh conflict for Yerevan the right of nations to self-determination is fundamental. And in the context of territorial integrity, they have an understanding that Yerevan approaches the issue in its own way. But relations, in general, remain good-neighborly.

Interconnection of Nagorno-Karabakh with Abkhazia and South Ossetia hinder the development of relations?

Yerevan has always clearly stated that it recognizes the territorial integrity of Georgia and stands for the peaceful resolution of conflicts. On the other hand, Georgia understands that Yerevan has its own priorities. That Nagorno-Karabakh has its foreign policy agenda. And these visits are permanent, meetings of foreign ministers [unrecognized NKR, Abkhazia and so on. South Ossetia], there is a political dialogue between them. There are contacts between Yerevan and Abkhazia on the issues of the Armenian community. But all this does not mean recognition of these republics. In addition, Nagorno-Karabakh stands out against the background of unrecognized republics. The history of the conflict and its scale differ.

Georgia, of course, can not like these contacts. Hysteria rises periodically, Azerbaijan tries to use it, inflating anti-Armenian sentiment. But this does not lead to a conflict between our countries, thanks to tight horizontal contacts at the level of heads of state and foreign ministers.

Delegations of Nagorno-Karabakh are also visiting Moscow, Paris and Washington. And it is important for the Georgian side to inform that Armenia respects its territorial integrity and advocates for a peaceful settlement of conflicts, whatever the third party would say. And it is important that in recent years there is a clear emphasis on the fact that third parties should not interfere with our interstate relations. The recent visit of the Georgian president allowed them to discuss these issues in a broad public format.

What is the statement of the President of Georgia, Salome Zurabishvili, linked during the last visit to Baku on the occupation of the territories?

The Georgian press is permanently at the level of the top officials of the state, emphasizing that Russia is an occupier in relation to Georgia. But the fact that a sign of equality [with Nagorno-Karabakh] is placed and that countries have suffered from occupation was something new. It seems to me that this statement was not agreed with the Georgian authorities, since the foreign policy is carried out by the Cabinet of Ministers, formed by the party "Georgian Dream". Salome Zurabishvili was positioned as an independent candidate, emphasizing it in every possible way, but won, no matter how she spoke, largely thanks to the ruling party. All statements are in line with them, and she can voice some of the messengers of the Cabinet during the visits, such as, for example, the processes of demarcation and delimitation of borders. The president said in Baku looks like a deviation from the general line.

How are relations between Georgia and Azerbaijan and Turkey affect relations with Armenia?

Mikhail Saakashvili was a Western, relations with Turkey and Azerbaijan were constructive, which proceeded from the economic interests of Georgia. Many of the neighbors were allowed. And the change of power in Georgia led to the new authorities rethinking their regional agenda. There were some red lines in relations with Turkey and Azerbaijan. In particular, we are talking about diversifying gas supplies to Georgia and new negotiations and changes to the free trade agreement with Turkey. These relations, of course, are strategic for Georgia. Turkey is a trading partner of 1, Azerbaijan is one of the top five trading partners and is a partner of the 1 in terms of the export market. Now the authorities in Tbilisi are trying to balance the situation.

In addition, one must understand that the attitude towards Turkey is twofold. Both as a regional player and as a member of NATO. Attempts by Turkey to create a triple alliance in the region were rejected by the Georgian authorities. Georgia has always emphasized that it perceives Turkey as a country with which it should integrate into NATO. Georgia thus shows that they have the priority of entering the Alliance, and not the creation of any other regional security structure.

Azerbaijan, in turn, can lobby for its interests in Tbilisi, but not to indicate how to act. An illustrative point was the situation with the restoration of the monument in Javakhk. Azerbaijan's attempts to indicate were not very well received in Tbilisi ... Against this backdrop, statements about the need to diversify the gas market of Georgia began to sound.

It should be understood that all questions Georgia passes through the prism of its national interests. One thing is when a tandem is created, in which the country is allocated a transit role, and neighbors are trying to point something out. And another thing is, when a transit country says: "Yes, I'm a transit country, but without me you will not have to go out to each other, which means I have to get this and that." Georgia simply balances and lobby for its own interests.

How foreign-policy vectors are reflected in Armenian-Georgian relations?

In the 1990 years, the foreign policy vector of Armenia and Georgia was post-Soviet integration. Since the end of 1990, Georgia has chosen a Western vector, an EU-Associative Agreement has been signed, an intention to join NATO. Yerevan has kept the old agenda. Occasionally there are complications, but I will not say that this creates serious problems.

But Armenia also develops in the foreign policy a western vector that is a converging factor. These are joint programs with the European Union, infrastructure projects within the framework of the Eastern Partnership, cooperation with NATO. This is the general thing that can unite us. And this does not contradict the main vector of the Armenian foreign policy - membership in the CSTO and the EAEC. On the contrary, it allows Armenia to maneuver. Opens opportunities for cooperation on specific issues. Taking into account the conflict between Georgia and Russia, Armenia, as a moderator, is taking steps to bring the parties closer to specific issues, such as energy, transit of gas to Armenia. By the way, this allows, among other things, not to remain Georgia alone with Russia.

How likely is the opening of alternative routes to the Upper Lars through Abkhazia and South Ossetia?

An agreement on customs posts in Abkhazia and South Ossetia was needed in Moscow to obtain Georgia's consent for Russia's accession to the WTO. In principle, this is an interesting document. He, besides giving the opportunity to create corridors, he can allow Georgia to own trade information at its external borders, which is understood by the border of Abkhazia and so-called South Ossetia with Russia. But Georgia has a law prohibiting trade with the occupied territories, which creates restrictions.

Abkhazia and so on are lost in these corridors. South Ossetia, which are not parties to the agreement. Therefore, there will be political questions. They will need to work with them, which is unacceptable for Georgia. Eight years after signing the agreement, as much as possible can go to the implementation of the agreement. So far, this all looks hopeless.

You said that Armenia and Georgia did not vote against each other until the 2000-ies. What needs to be done to bring back these gentleman's agreements?

I believe that this issue is on the agenda of the Armenian-Georgian relations, but it is still being discussed behind the scenes. The current status quo simply follows from the interests of both countries.

Eldar Namazov: Disputes in the Context of Azerbaijan and CSTO…