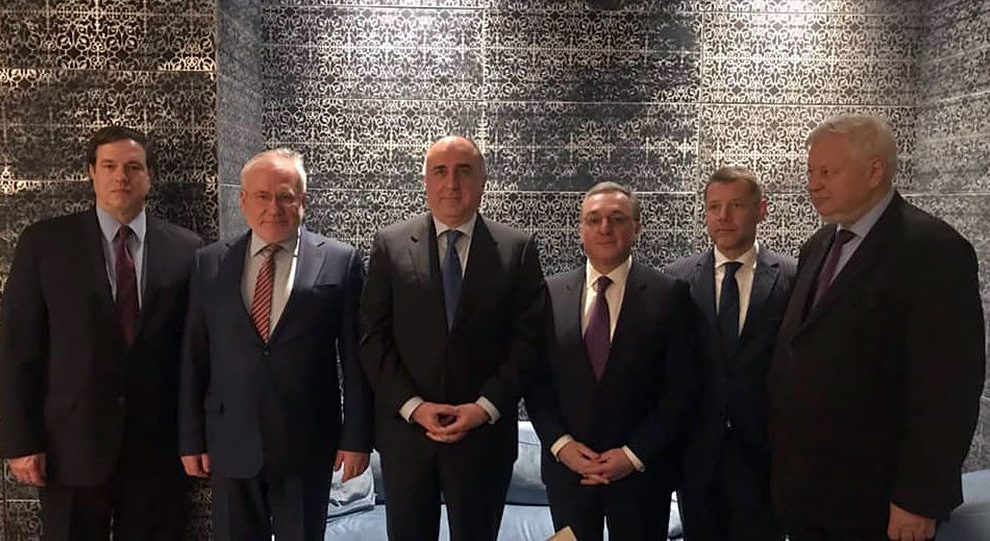 In the light of the scheduled meeting of the "Aliyev-Pashinyan" in Vienna, "CIAKR-South Caucasus" presents an interview with political scientist Zaur Mammadov, a teacher of the Academy of State Administration under the President of Azerbaijan

The Madrid principles are interpreted differently by the parties. First of all, it is necessary to understand that, despite agreed positions, Prime Minister of Armenia Nikol Pashinyan, in essence, leaves the obligations of Armenia. Yerevan does not deny the Madrid Principles for the settlement of the Karabakh conflict, but, as we see, it is not going to follow them.

More recently, the OSCE Minsk Group has voiced the principles of the Madrid document for the first time. This document implies a step-by-step settlement of the conflict, that is, a phased settlement. It is known to the whole world that the settlement of this conflict is very complicated, but it needs to be resolved. This requires mutual trust in each other and the atmosphere of peace and stability. At the first stage of the settlement Yerevan should withdraw its troops from the occupied territories around Nagorno-Karabakh. This is also required by the resolutions of the UN Security Council. And the presence on the occupied territories (this is also recognized in Yerevan, by the way) by the territories of the troops impedes the beginning of the implementation of the Madrid Principles.

The first point of the Madrid Principles is the withdrawal of occupation forces from seven regions adjacent to Nagorno-Karabakh. That is, you need to solve this question first. By the way, the area of ​​land captured outside of Nagorno-Karabakh (7634 km²) is noticeably larger than the territory of the former NKAO (4 400 km²). Depending on the implementation of the first paragraph, the following points, including the question with the peacekeepers, also depend. I do not think that now, in Baku and Yerevan, the question of the introduction of peacekeeping forces into the region is being considered. This is a very responsible decision, and so far the parties will not agree with it.

Today, Yerevan was completely incapable of anyone, as is now commonly said, to "substantive negotiations", i.e. negotiations - independent of external factors.

If, however, it comes to such a mission, what does your format (composition), mandate (mandate), functions look like?

You see, the institution of peacekeeping did not justify itself. Peacekeepers are instruments in the hands of large states to realize their interests. Again, I repeat, so far there is no prerequisite for the realization of this mission. What will the peacekeeping force give to the region? Yes, and for the first time, it is necessary to solve the problem with de-occupation of 7 districts ...

And so, the question should be considered in the broader - geopolitical - context. We remember Yugoslavia, Abkhazia and South Ossetia. Now there is a very rigorous clash of interests between the US and Russia. Accordingly, the arrival of peacekeepers in the region in Moscow will be taken negatively. Russia will simply not allow this. And this is quite obvious.

In its turn, the Kremlin does not mind the introduction of its peacekeepers in Karabakh. And this is also an ambiguous sentence. First, Yerevan will be against it. At the same time, it is also not profitable for Azerbaijan. Peacekeeping operations in the Middle East at 1967, Cyprus in 1974, Georgia in 2008 and Yugoslavia in 1990s. showed what this institute is capable of.

The issue of placement of peacekeepers in the Nagorno Karabakh conflict zone is untimely.

How will Turkey and Iran relate to such a mission?

In any case, Tehran will react very badly and painfully to it. As far as Turkey is concerned ... Turkey is a NATO member and it can be beneficial to it in a certain way.

An initiative from the "Sasna Cher" movement on the process of the so-called "NKR" in Armenia. Why are they doing it? And how real is this scenario?

Everything goes for the sake of capitalizing the solution of the conflict. During the reign of S. Sargsyan, R. Kocharyan, and also during the premiership of N.Pashinyan, with the help of some opposition forces, under the pretext of alleged suppression of the authorities, such tricks were shaken by the pressure on the authorities in front of the next meeting of the heads of state as a sign of disagreement with the existing format of negotiations. It is known that an official meeting of the heads of state is scheduled, and the initiative (signing up) indicated by you is in the nature of pressure.

Apparently, there are forces in Armenia who are against any treaty with Baku. In fact, and during the reign of the previous authorities, they used such methods. Let's recall how the representatives of Sasna Cearer took the police station after the April fights of 2016 year, when there were certain arrangements on the table at the district level. S. Sargsyan then, due to the actions of these radicals, essentially escaped pressure from the Kremlin. I think today these are "similar tricks" for Karabakh.

Azerbaijan loses nothing. Moreover, Armenia can receive a lot of signatures among its citizens, and then this will be a reason for Baku to begin the war and carry out an anti-terrorist operation on their lands for their de-occupation.

Nikol Pashinyan insists on changing the format of negotiations on the Karabakh issue. In your opinion, why does the Armenian side initiate this issue?

N.Pashinyan does not have the power that the former authorities had, so he does not want to be held accountable for the negotiations. I mean the environment of Karabakh Armenians. As is well known, N.Pashinyan has recently been trying to promote the initiative to involve the negotiation process representatives of the separatist regime of Nagorno-Karabakh. The Armenian PM has repeated this thesis recently and during meetings with officials of the European Union. However, the EU did not support it. In particular, all EU officials spoke in favor of the Prime Minister of Armenia Nikol Pashinyan participating in negotiations under the auspices of the co-chairs of the OSCE Minsk Group without preconditions.

Moreover, the Minsk Group co-chairs also did not support official Yerevan in their statement. It is necessary to deal with the settlement of the issue, and not to arrange a comedy. There are two interested parties in the conflict, the Azerbaijani and Armenian communities. Two sides of the conflict are Azerbaijan and Armenia.

Official Baku has repeatedly stated that there are many ethnic groups in Azerbaijan, including Armenians, and Nagorno-Karabakh, with Armenians residing there, will be granted the highest autonomous status. If Armenians want to live peacefully, then they can agree with this thesis. Unfortunately, there are forces in Armenia, and these forces not only inside this republic, but also outside the South Caucasus, which do not want constructive, and this conflict in the region is beneficial - both for representatives of the elite inside Armenia and abroad. That is, in the unsettled conflict, the foreign policy factor must also be taken into account.

Recently, the head of the press service of the Ministry of Foreign Affairs of the Republic of Leyla Abdullaev answered Yerevan very clearly. It is a document from which, in fact, and began its history, the Minsk Group of the OSCE (then still CSCE) on Nagorno-Karabakh: https://www.osce.org/mc/29121?download=true

Specifically, in this document I would like to draw attention to the following two points, which I quote from the original:

The first one. The ministers expressed their firm conviction that the Nagorno-Karabakh Conference under the auspices of the CSCE would provide a permanent forum for negotiations with a view to peacefully resolving the crisis, based on the principles, commitments and provisions of the CSCE. In this regard, the ministers asked the incumbent Chairman of the CSCE Council of Ministers to convene such a conference as soon as possible.)

The second one. The ministers also agreed that Armenia, Azerbaijan, Belarus, the Czech and Slovak Federal Republic, France, Germany, Italy, the Russian Federation, Sweden, Turkey, and the United States of America will be participants in this conference to be held in Minsk. The elected representatives and other representatives of Nagorno-Karabakh will be invited to the Conference by its Chairman as interested parties after consultations with the States participating in the Conference. The Chairman-in-Office of the CSCE Council will appoint the Chairman of the Conference on Nagorno-Karabakh under the auspices of the CSCE.

It is very important here to pay attention to two details that reveal the myth that the supposedly "tripartite format" once existed, and now it is only necessary to "restore it".

The case has reached such a status that in the latest statement by the Co-Chairs of the OSCE Minsk Group, the open text already says that it is not possible to change the existing format ...

Do you not think that the perseverance of Yerevan can lead to escalation?

This is a game with fire. We can not bring the situation before the war. Unfortunately, there is no progress in the negotiation process. By the way, if someone thinks that the transition from the presidential republic to the parliamentary form in Armenia was the idea of ​​S.Sargsyan, then he is mistaken. Everything was thought out precisely in such a way as to delay the solution of the conflict ...

At the doorstep of local elections. What to expect in Moldova?