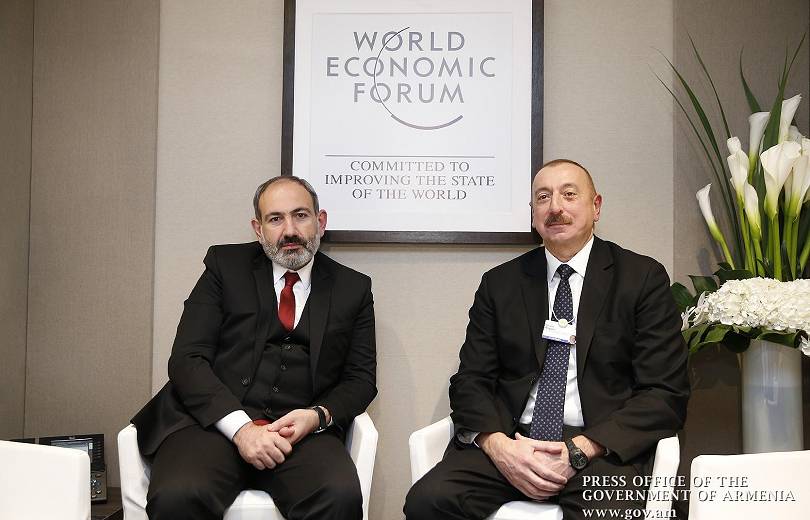 CIACR-South Caucasus presents an interview with Director of the Armenian Center for National and Strategic Studies, political scientist Manvel Sargsyan.

What is happening around the settlement now? Your assessment of the negotiation process.

After the change of power, the old approaches to conflict resolution went into non-existence. Although, before the revolution there was no settlement. There was a fuss around the problem. Nothing real happened. Only Armenian soldiers died for years. The Azerbaijani side resorted to the tactics of military diplomacy in an effort to exert pressure on Armenia and the mediators of the OSCE Minsk Group in order to obtain a solution that would be beneficial for them. But this tactic began to work against Azerbaijan after the conclusion of the Vienna agreement on the introduction of mechanisms for monitoring the ceasefire regime and identifying the perpetrator of the truce violation. A fundamentally new scheme of responsibility for violations was launched, which was not before. As a result, the shots began to play against the one who violates the truce. And this is an extremely dangerous situation for Azerbaijan.

After the change of power in Armenia, Azerbaijan also lost its convenient partner - Serzh Sargsyan, during which Armenia-Moscow-Azerbaijan triangle worked, and Azerbaijan repeatedly, with the support of the Kremlin, urged Armenia to take certain decisions. This was evident during the April war. Now this formula has collapsed.

In addition, the new authorities of Armenia laid down conditions, in particular, that Nagorno-Karabakh should negotiate on its own. And they demanded that Baku declare the admissibility of the settlement for Azerbaijan, Armenia and NKR. The formula is convincing, on such conditions Azerbaijan can not go, and shooting is dangerous, the Vienna agreements will live here immediately.

Vienna agreements - the trump card of the Armenian side?

Definitely As soon as Azerbaijan fires, they will pop up. And in Baku this is well understood.

What to expect from the negotiation process?

What is the negotiation process? Its de facto does not exist. It will begin when Stepanakert returns to the negotiating table. The latest statement by Prime Minister Nikolai Pashinyan made in Iran - the absence of an agenda at the talks and the need to discuss their format - is evidence of that. Let's also recall statements by the head of the National Security Council of Armenia Arthur Vanetsyan, who stated that Armenia is not going to give "no spray of land." Specificity went.

How is it real that Azerbaijan agrees that Artsakh should become a full-fledged participant in the talks?

The answer is obvious - Baku will not agree to this. So far, Azerbaijan has only agreed when it was forced. That is, when a situation was created in which he had no other option. As it was in the 1994-95 years, when they made an armistice agreement.

Why Azerbaijan agrees, the logic of Baku is obvious and understandable. Azerbaijan wants in all ways to return the breakaway territory. It does not work. All 25 years Azerbaijan is struggling to formally retain its rights to this territory. But in practice these rights, except for Turkey and Pakistan, have not de facto been recognized. Azerbaijan's right to apply force is also unacceptable.

The last point is very important. Azerbaijan was recognized, provided that the conflict is resolved peacefully. This is a very important principle in international relations, which Azerbaijan violated in April 2016 year. Today Baku remains to hold formal talks and try to return to the situation that was before the April war. However, Armenia has set the conditions - talks will begin when Artsakh will participate in them. It will be difficult for Azerbaijan to explain to the international community why it does not want to speak with Stepanakert.

Can we say that the Madrid principles have lost their relevance?

The issue of canceling or preserving the Madrid Principles is not worth it. They are in the past. Now another situation, other conditions - both political and diplomatic. Rather, the hands just do not reach to recall Madrid principles.

So, the negotiations will begin with a blank letter?

From a blank sheet, or in a different perspective - negotiations are now about another - which format, who is responsible for what. The process introduced a problem of responsibility, which was not yet in the negotiations. Everyone was free to behave the way they want. Now the situation is different. Armenia stated that it was not authorized to speak on behalf of and in place of Artsakh. Territorial and all other problems reflected in the Madrid Principles are exclusively the prerogative of Stepanakert. Armenia is not here.

What interests are the pursuit of regional players, in particular, Russia as the chief arbitrator?

Everyone has their own interests. They combine the balance of power. In the period of great changes, when the old world order goes away and a new one is formed, the balance of power takes precedence over the rest - economic or financial interests. Settlement is global, it's not a local problem. But there is no definitive agreement on the situation. What is the status quo? This is when there are disagreements over the same situation. The world does not recognize the settlement of the conflict by the force method, although de jure Azerbaijan has this right in accordance with 51-th article of the UN. But de facto the world community has a situational consensus regarding the inadmissibility of this principle. In this interest of the states coincides, in this right Azerbaijan was denied.

Are there any prerequisites for the well-known "peoples' preparation for peace"? What, in your opinion, steps have been taken and what should be done?

These phrases have a diplomatic meaning. They determine the situation. This thesis can be interpreted as you wish - for a hundred years prepare for the world, but forget about the war. This can be the status quo that you want. Nothing changes in force. The international community does not accept a military solution to the conflict. Everyone is talking about it. Therefore, Azerbaijan stopped and did not fire. You can not shoot.

Is Russia interested in fueling the conflict in order to maintain its influence in the region?

And what tasks does she solve thus?

And what are the tasks that she wants to solve?

Such tasks are always. But the world is changing. Playing with the conflict is all the more dangerous. Today, Armenia's high sovereignty has deprived Russia of the mechanisms it has built for centuries. It was a vassal principle. And when this mechanism has disappeared, there are no previous methods of influence. Everything acquires the normal civilized meaning of the relationship, as it should be.

How realistic is the resolution of the conflict?

To settle it you need consent. You see, there is already a consensus about the non-use of force. When on the other issues there will be an international consensus, the problem will be solved. The current status quo is a lack of consent. Recall how Kosovo conflict was resolved.

Azerbaijan can go for a new escalation?

... Such things do not end well. Remember the "four-day war" of April 2016. Blitzkrig will not work. In February 2017 years were attempts on a small scale, but they did not succeed. After this, the sabotage stopped. War is an incredibly serious matter. One thing is when you fight at the level of machine gunners. Another thing is when tanks and artillery. The process can be started, and then can not cope with it. That is why there is the current consensus. The war will bring about serious destabilization in the region, including the North Caucasus ...

Benyamin Poghosyan: The uncertain future of EU enlargement: Implications for the South Caucasus

The implementation of NATO standards does not undermine national defense tasks, the expert said