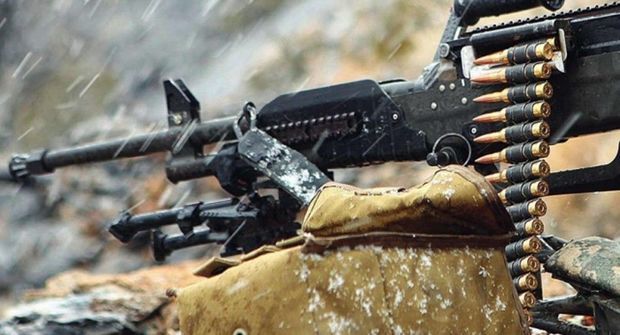 It is worth noting the systematic work on organizing an official meeting of the leaders of Azerbaijan and Armenia. Question on the surface - Are there any serious developments in Karabakh?

The actively promoted official meeting between the leaders of Azerbaijan and Armenia is actually very complicated, and the main problem I see is the preparation of a concrete basis for a specific agreement. This is not yet visible. Nationalist tendencies are very strong in both countries, and the confrontation around Karabakh provides legitimacy and immunity to power - both in Baku and Yerevan.

The launching and unleashing of the idea of ​​preparing the public from both sides to peace is, without a doubt, very important, and this is the fundamental moment in the process of a final peaceful settlement. However, it makes sense if there is a working formula for the final decision of the question ...

Is it worth it to finally hope for a breakthrough in the Karabakh issue under the auspices of the OSCE Minsk Group?

Do not think. The only positive event that the OSCE Minsk Group can carry out is the maintenance of an open channel for dialogue between Baku and Yerevan. The final settlement of the Karabakh conflict is not seen and close.

Frankly, the OSCE Minsk Group is a source of disappointment over the last two decades. A change in the format of the negotiations can be useful for a peaceful settlement, because the lack of a binding decision is the main source of OSCE inefficiency as such. Let's be frank, the OSCE Minsk Group Co-chairs - Russia, France and the United States - have different priorities and agenda for this issue. Without changing the structure and forming cohesion within the group, its new members (one can not but mention the recent activity of Berlin) are unlikely to offer something new in terms of bringing about a peaceful settlement. At the same time, I believe that the official participation of Turkey and Iran in the working group could have a positive effect on the process, in particular on the elaboration of a specific timetable for resolving the issue ...

Many experts support the idea of ​​attracting Tehran and Ankara.

But what will this be said in Moscow and Washington?

The United States will most likely oppose Iran's membership in this group. Especially, under the current agenda of exacerbation of relations. Armenia consistently objects to the participation of Turkey.

Given the current level of Moscow's relations with Tehran and Ankara, there are options in which Russia can welcome the participation of Turkey and Iran in the negotiations on Karabakh. Much in such an approach will depend on triangular relations on the subject of Syria. So far, during the Astana process, negotiations in Sochi in recent years, the parties have created a working environment for cooperation. How much will such a dynamics remain, will the interests of all parties be taken into account in the solution of the Syrian issue, and this will depend on the prospect of attracting Tehran and Ankara to the solution of the Karabakh problem ...

Is there any sense in negotiating at a higher level and in an expanded format, if the parties are not looking for mutual compromises? Yerevan, for example, basically does not consider the return not only of Karabakh, but also of the adjacent seven (five) districts ...

No deal can be reached without mutual concessions. Without them there is no solution for Karabakh.

In addition to the territory of Nagorno-Karabakh, the 7 of adjoining regions of Azerbaijan was occupied by Armenia. Baku calls for the immediate withdrawal of troops from these areas (with the exception of Lachin and Kelbajar). According to my observations, the expectations of the international community are approximately the same. In turn, Karabakh will enjoy the greatest autonomy under the strong influence of Armenia and the construction of two corridors through the territory of Lachin and Kelbajar. Continuing occupation of the five other adjoining Azerbaijani districts, Yerevan is putting an end to the situation. Without their de-occupation, a final peace settlement, in my opinion, is not possible in principle.

The keyword here is "peaceful". He has no alternative. None of the regional or global players (Georgia, Russia, Turkey, Iran, USA, EU) is not interested in a new war between Armenia and Azerbaijan. Therefore, the preservation of the current status quo is still the most realistic scenario in the near future.

It can not be said that the current status quo is in favor of Armenia. While the conflict over Karabakh continues, the double isolation of Yerevan from Azerbaijan and Turkey continues. Armenia has no access to energy and transport projects in the region for years. Let's be frank, in particular, Armenia's access to the West through normalization of relations with Turkey is very important for Yerevan in the light of integration into international projects.

What risks creates an arms race in the South Caucasus?

The arms race and further confrontation between Armenia and Azerbaijan are dangerous in terms of uncertainty for the South Caucasus. The protracted conflict on the Karabakh problem as a whole continues to create significant risks. A potential military conflict between Baku and Yerevan will have a side effect for Turkish-Russian relations. For Ankara and Moscow, this is likely to actualize their disagreements - both in Karabakh and in Abkhazia, the so-called South Ossetia, Crimea and Donbass ... In the event of the escalation of these disagreements in Ankara, it is possible that we will have to agree with the strengthening of the presence of NATO in the Black Sea - in order to preserve the regional balance in its favor.

And yet, in the event of a large-scale war between Azerbaijan and Armenia, which reaction will be from regional and non-regional players?

Russia, the United States, Turkey and Iran will not tolerate a full-scale war between Azerbaijan and Armenia, because it will turn out to be a catastrophe for all sides. In the light of the Syrian experience, nobody is interested in the next hot war in the region. This is in general.

Obviously, the final settlement of the Karabakh issue is possible only if Russia wants it. From this one should proceed - the key to resolving the conflict around Karabakh is in the Kremlin. After the collapse of the Soviet Union, Moscow believed that the Karabakh conflict led to the isolation of Armenia. As a result, Yerevan relied strategically on Moscow as a safety guarantor. If Russia believes that Armenia remains its strategic ally, then it should consider scenarios for a peaceful settlement between Armenia and Azerbaijan and the diplomatic normalization of relations between Yerevan and Ankara. And it is in this paradigm that we develop concrete steps to resolve the Karabakh conflict ...

Armenia is already participating in the Russian humanitarian campaign in Syria ...

Yerevan states that sending a humanitarian mission to Syria primarily aims at helping the Armenian community in this Arab Republic. Direct and official cooperation of Armenia with the government of Bashar Al-Assad de facto transferred Armenia to the Russian camp in the Syrian conflict. The United States has already responded accordingly. As far as Turkey is concerned, the participation of Armenia in Syria is not yet on the agenda of the official Ankara. The fact is that Turkey is still "hesitant" between the initiatives of Russia and the United States concerning Syria ...

Should we wait for further exacerbation of the Russian-American confrontation? US trade war with China?

This opposition has always been, and it will continue. The recent Munich Security Conference has demonstrated fundamental differences in the positions of global players - the United States, Russia and China. As well as between countries within NATO. The atmosphere of the conference was undoubtedly influenced by the ongoing US-China trade war and the extremely tense American-Russian relations. There are deep differences between the US and its European allies on sanctions against Iran. Earlier in February, 13-14, the USA organized the Warsaw Summit with Israel and its Arab allies to prevent the spread of Iranian influence in the region. Germany, France and the United Kingdom sent a low-level delegation to the summit. As the Turkish leader chose to meet with Iranian and Russian colleagues at the talks in Sochi on Syria.

So the Munich Conference has become a sign that there is an atmosphere of chaos in the resolution of regional and global problems, there is no consensus among world leaders. And this trend will intensify.

M.Samus: NATO will not help Ukraine in the Black Sea

Benyamin Poghosyan: "The perspectives of Russia-Iran relations in the context of the recent US-Iran escalation"