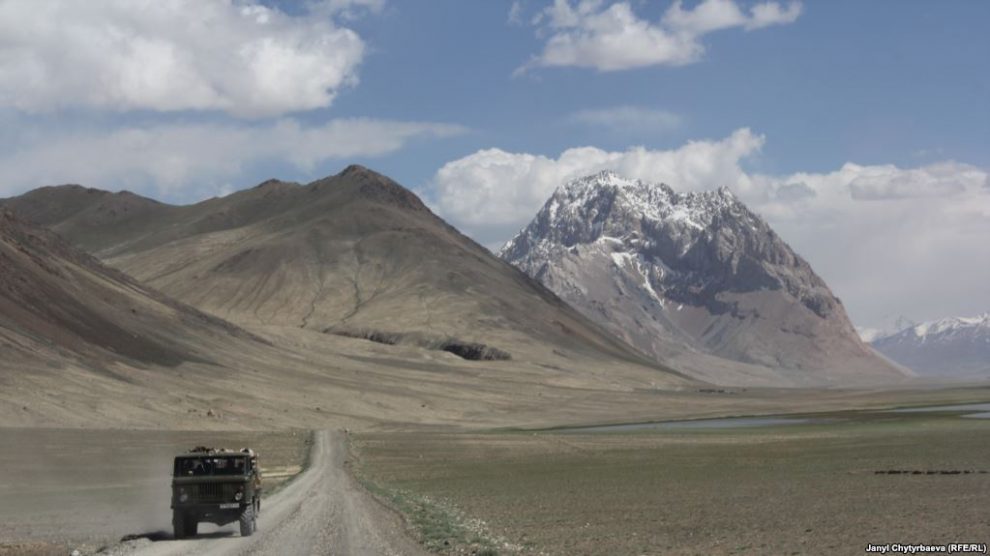 In this issue of the digest, you will learn about the unexpected appearance of Chinese military personnel on the territory of Tajikistan, redevelopment camps in China, disputes in the CSTO, the myths and realities of terrorism in the Central Asian Republic, as well as on the possible strengthening of military-technical cooperation between Uzbekistan and the United States

Chinese military on the territory of Tajikistan

The Washington Post says the Chinese military outpost is located in Tajikistan, although neither Dushanbe nor Beijing officially reported it.

A Chinese outpost is located near the Afghan border crossing point of the Vakhon in the Murghab district of Tajikistan, the correspondent of the newspaper said. He even visited the military base of China, located in the Vakhan corridor, a narrow lane between the mountains near the Tajik-Afghan border. At the same time, according to Chinese military personnel, whom the journalist talked to, they are already in Tajik territory for three to four years.

The Chinese, according to the author, were dressed in a uniform worn by the military personnel of the Xinjiang Uyghur Autonomous Region (SUAR), inhabited mainly by the Muslim region. An American journalist also writes that at the entrance to the checkpoint, the state symbols of the People's Republic of China and Tajikistan are visible, but it is not known who the buildings are owned and on which side the financing of the military object is made.

According to residents of Murgab, there are dozens of services here, but there may be hundreds of Chinese servicemen. Chinese military in the local market are buying hundreds of kilograms of Yaka meat. Typically, Chinese soldiers are accompanied by a Tajik translator. The newspaper also published photos of two Chinese servicemen in the Murgab market.

It is likely that the base may be designed for border control and security of the Chinese western regions. According to experts, China's strategic priority is not to allow Uighur militants who have found refuge in Afghanistan to cross the Vakhani corridor to transfer operations to the territory of the Syrian Arab Republic. Beijing also fears that the militants of the "Islamic State" group, returning from Syria and Iraq, can also use Afghanistan as a springboard to reach this western province of China. There is no information on weapons, but it should be noted that shortly before, in the region, the Chinese have already detained a group of German tourists. According to their words and photos, it can be concluded that the Chinese have a certain number of military armored vehicles and munitions.

China denies the presence of ethnic Kirghiz in "rehabilitation camps"

Foreign Minister of Kyrgyzstan Chingiz Aidarbekov met with the head of the Xinjiang Uygur Autonomous Region of China in Urumqi, the administrative center of the Syrian Arab Republic, Shokhart Zakirov. The main theme of the discussion was the issue of so-called "political redevelopment camps", which, according to the UN, may contain about a million Muslims - Chinese citizens.

Zakir noted that "camps" are vocational and technical training centers ", where they teach people with various specialties who committed minor offenses. According to him, it provides an opportunity for people "to correct themselves in the eyes of society and get a job." He also excluded any information on religious, ethnic or other discriminatory selection, which fully corresponds to the official position of the People's Republic of China on this issue.

The Foreign Ministry of the Kyrgyz Republic notes that Shokhrat Zakir excluded the ethnic component in the audience of students. At the same time, information on the presence of ethnic Kyrgyz in these centers has not been confirmed.

Contradictions in the CSTO

The CSTO has come to terms with the fact that due to the position of Armenia in the organization another year will not be a full-fledged secretary general, whose duties will continue to be performed by the representative of Russia, Valery Semerikov. The Belarusian edition UBF.BY states that according to personal sources close to the CSTO, the appointment of the secretary general should be expected in 2020 year. Thus officially in the CSTO reported that "there is no collapse and stupor in the organization, everything works in accordance with the plans. At the same time, according to the information of the military observer Alexander Alesin, this situation paralyzes some of the functions of the CSTO.

In the Ministry of Foreign Affairs of the RF called the extension of the zone of the controlled area of ​​IDIL in Afghanistan, a threat to the CSTO

The expansion of the IDIL zone in Afghanistan poses a threat to the CSTO. This was again stated by the special representative of the President of the Russian Federation on the Middle East and the countries of Africa, the Deputy Foreign Minister of the Russian Federation Mikhail Bogdanov. According to him, the danger of the transition of terrorism to the post-Soviet territory through the territory of Afghanistan is growing, where militants, in "unexplained circumstances, manage to get through transit through some adjacent countries". At the same time, he said, the areas controlled by IDIL in Afghanistan are expanding, and combat operations are intensifying.

In turn, the Central Asian countries, in particular in Tajikistan, report that the situation on the border with Afghanistan is stable. In the opinion of experts, describing "horrors about terrorists", Russia pursues several goals: to prepare the basis for the elections in Tajikistan on which it intends to support either the 66-year-old Emomali Rahmon or his 31-year-old son and shake the US position in the Central Asian Republic and, at the same time, strengthen it. your.

Attempts to demonstrate the aggravation of the situation in the region by Russia is not uncommon. Yes, the Ministry of Foreign Affairs of Uzbekistan refuted the article Russian Sputnik Uzbekistan, about the threat from the Taliban. In particular, Foreign Minister of Uzbekistan Abdulaziz Kamilov called it "shocking" in connection with the threats declared for it in Central Asia. Kamilov's statement took place against the background of preparations for the international conference "Interconnectivity in Central Asia: Challenges and New Opportunities", which was held in Tashkent in 19-20 in February. He told reporters that for 25 years he has heard the allegation that the death of Central Asia from the hands of militants is inevitable. At the same time, he stressed the absence of any evidence of the Taliban's intentions to come to Central Asia.

More about how the Russian Federation tries to use Islamic extremism in its interests can be read there.

The US plans to increase the supply of arms to the countries of Central Asia. The head of the Central Command of the US Army, Joseph Wolte, told a statement in the US Senate.

According to him, Uzbekistan expressed its interest in diversifying its military equipment and announced its intention to acquire American weapons, systems and equipment. This fact is a unique opportunity to replace Russia as the main supplier of military-industrial complex products to this republic, said Voltel. However, he acknowledged that the US government should act cautiously and balanced, "in order not to allow actions that Moscow considers provocative." The general said that Uzbekistan will continue to strengthen its military potential in 2019, in particular, paying increased attention to the integrity of the borders, the fight against drug trafficking and terrorism. The United States is considering the republic as a partner in resolving the peace process in Afghanistan.

It is possible that the United States will transfer to Central Asia part of the weapons and equipment remaining after the departure of the US armed forces from Afghanistan.

The full text of Joseph Votela's speech can be read there.

Read more about the topic:

Gela Vasadze: “Is Georgia here? Myths and realities of military transit in the South Caucasus "