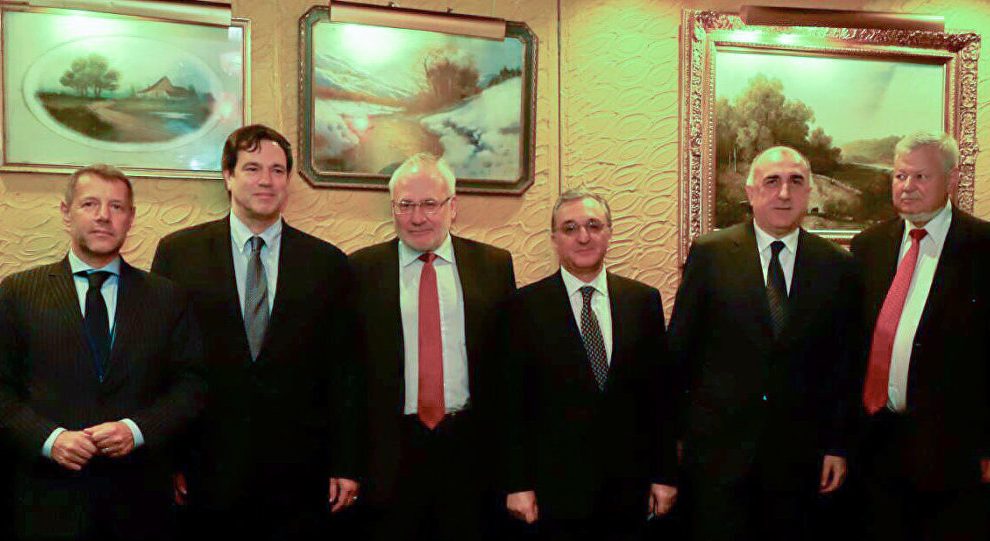 The Munich Security Conference has shown that there are different interpretations of the notion of "security" as such among the key global players - the United States (the West as a whole), the PRC, and Russia. Hence, a certain transformation in the assessment of threats.

It seems that international terrorism is no longer the main or even the only threat to national security. Along with him, the "role" of threats and challenges in the cybernetic and energy spheres grows. Naturally, all these threats and processes are interconnected.

For Europeans today, the threat number one is Russia. In the broad sense of the word. Europe is dependent on Russian energy carriers. In addition, Russia has recently considerably expanded its influence on the countries of the European Union, using all the tools of the so-called soft power - influences on mass media, European NGOs and so on. This influence is very effective in the Kremlin in Europe, forming various pressure levers in addition to the energy factor. Hence, in my opinion, different interpretations of the notion of safety.

For Moscow, today's security is the elimination of external "sanction" attacks on the Russian economy. The specificity of Russia's dependence on oil and gas donations as a basis for the national economy has not gone away. Therefore, for Moscow, any case of refusal to deal with Russian gas or oil becomes a matter of national security. On this background, it is not a fact that in Moscow enough attention is paid to the complex of internal security problems. There is a factor in the North Caucasus, many natives of which, for example, are fighting in Syria. According to various data, there, in general, about 5 thousand citizens of Russia ...

It was naive to expect any breakthrough arrangements from the Munich Conference, and they did not even appear in the first approximation. Neither on global issues, nor even on regional conflicts: the question of Nagorno-Karabakh, if it was raised, only in the background. In fact, the world has returned to the conditions of the new "cold war", the situation will only aggravate. It is worthwhile to prepare for more radicalization of processes - in Europe, Russia, and other regions. Confrontation will only increase. This trend can no longer be stopped or changed overnight ...

The deadlock of Karabakh

Russia systematically continues to arm both sides of the confrontation in the conflict around Nagorno-Karabakh. And if Moscow for Yerevan is objectively a non-alternative supplier of arms, then Baku has built a flexible system of import of military products.

The recent contract for the delivery of modern Russian fighters Su-30СМ is actively discussed in the press and expert environment. 4 units are unlikely to somehow change the balance of confrontation. We should not forget that Armenian pilots will need somewhere 5 years to professionally master such a technique.

In terms of rearming the army, Baku's position is preferable: economic opportunities make it possible to buy modern weapons from different players - from Russia to Israel. It is worth highlighting the relatively recent purchase of the Belarusian-Chinese RCZO "Polonez". Separate layers - cooperation with Israel in the segment of "drone", Turkey - on missile technology, etc. All this, I repeat, against the backdrop of the complete dependence of Armenia on Moscow with all possible consequential consequences.

Indeed, the negotiating process for the settlement of Karabakh is in deep crisis and deadlock. As far as I understand, the option of liberating at least five areas adjacent to Nagorno-Karabakh (and this is the minimum for launching any settlement format) today is categorically discarded by the administration of Nikol Pashinyan. At the same time Yerevan is in no hurry to accept the so-called NKR In turn, Azerbaijan systematically rearm and modernize its armed forces, simultaneously trying to secure the support of Russia, Turkey, the West, etc. Conducted appropriate psychological work with the population. Public activity and meetings at the level of the Ministry of Foreign Affairs, accompanied by declarations on "the preparation of peoples for peace", have not yet been practically filled. There is no progress in the work of the OSCE Minsk Group on the settlement. At the same time, changing the format of negotiations is unlikely to bring results. The world-wide practice of recent years shows that the United Nations and other international organizations do not solve anything. The hypothetical involvement of regional players in the face of Iran and Turkey in the talks on Karabakh will also not yield a practical result.

... I'm not talking about prerequisites for a large-scale war now. At the same time, I do not exclude escalation - conducting a short-term military operation with Azerbaijan for the liberation of a part of the occupied border territories and, accordingly, demonstration of force, readiness to fight, and so on. After that, initiate new negotiations with new positions.

Let's simulate the situation: Yerevan (which is objectively not interested in the war with Azerbaijan), for example, agrees to return the five occupied areas and the beginning of peace talks. And now let's ask ourselves questions: Russia, in fact, will agree with this? And under what conditions? These are, in my opinion, key issues. And it seems to me that if Armenia today suddenly declares its readiness, Moscow will not agree with it. The levers of "dissent" in Moscow are very different - up to the organization of various provocations ...

In the event of an escalation of the situation at the front, one should not expect a major regional war. This will not be allowed by the Kremlin, nor is it interested in any of the regional and global players. No one needs a major war in the Caucasus.

For its part, official Yerevan seeks ways to demonstrate its foreign policy loyalty to Moscow. It is in this section that it is worth considering the recent dispatch to Syria of the humanitarian mission of the Ministry of Defense of Armenia. On the one hand, there is a small Armenian diaspora in Syria, which has close relations with Armenia, it is one people. At the same time, the key question is who has invented and organized this humanitarian campaign? Have inquiries from international organizations? Invitation from official Damascus? Or so decided in Moscow? ..

There are direct contacts between Syrian Armenians and Armenia, at least 5-6 years, Yerevan sent humanitarian assistance to Syria earlier. So why is the mission of the Ministry of Defense, and why exactly now? I think that This is an initiative of Russia, and this is an obvious provocation against Turkey.