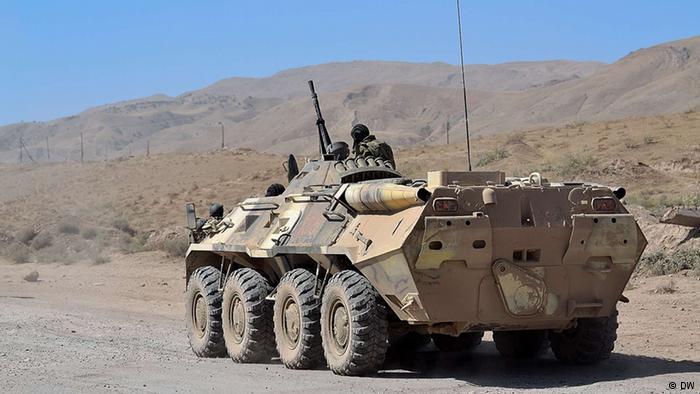 In this issue of Central Asia Security Digest you will learn about the situation in Mountain Badahshan, disputes between the members of the CSTO, the training of the CSTO "Combat Brotherhood-2019", the adoption by the Border Service of the National Security Committee of Kazakhstan of two air cushions.

By refusing to send an order of magnitude scenario in Mountain Badahshan, the president of Tajikistan staked on the new head of the region, the former representative of the Aga Khan Foundation. Earlier, the actions of the president and the government caused dissatisfaction and protests of the population of the region since the 1999 year, when border demarcation agreements were signed between China and Tajikistan, but they were not finalized and approved until 2002 year, when Tajikistan still admitted that is ready to give in to a controversial territory of 1122 square kilometers. There were many opponents of the deal in Tajikistan, including residents of the eastern part of the Gorno-Badakhshan Autonomous Oblast (GBAO) in Tajikistan. The land to be transferred to China was part of Gorny Badakhshan, and the autonomous status of the region technically required local approval of the agreement. Then, the parliament of Tajikistan did not finally approve of this agreement by January 2011 against a background of new criticism, especially from the side of the Islamic Revival Party of Tajikistan. This problem arose again in April 2013 year, when the leader of the opposition Social Democratic Party of Tajikistan Rahmatilo Zoirov interviewed the Iranian radio "Khorasan" and said that the government gave Tajikistan more land than planned.

Currently, in spite of the improvement of the situation, the situation in the region may be aggravated between Dushanbe and Khorog (administrative center of GBAO - ed.). Four versions of the stress increase are considered.

More about the situation - in DW articles.

Disputes in the CSTO concerning the appointment of the Secretary-General

Official Yerevan continues to insist that the December 6 in St. Petersburg did not resolve the issue of appointment of the secretary general of the CSTO. Armenian PM Armand Yeohyan, spokeswoman for the statement made by the Kazakh president Nursultan Nazarbayev, said that the heads of the CSTO member-states agreed to support the candidacy of Belarusian representative Stanislav Zasya for the post of new secretary-general of the organization.

"I confirm my words: there was not and could not be resolved on the appointment of the secretary-general of the CSTO in December of the 6, since the CSTO summit was not held. I also reaffirm Armenia's position that the issue should be resolved through consensus during an official meeting within the CSTO ".

Kazakhstan boats on an air pillow

According to Kazakhstan media, 11 December 2018 in the port of Bautino (Mangistau region of Kazakhstan) on the Caspian Sea took place a ceremony for the introduction of two air cushion boats built at Ural Zenit, Ural, in the Border Service of the National Security Committee of Kazakhstan. The boats were named "Isa Batyr" and "Dosan Batyr" - in honor of Mangistau's "Batir" (field commanders) Ishi Tlenbayuli (Tlenbayev) and Dosan Tazhiyuli (Tazhiev), leaders of the anti-Russian Aadaevsky (Mangyshlak) uprising in 1870 year.

The cost of building two boats amounted to 3 billion tenge (approximately
$ 81 million). Boats have a total displacement of 10 tons, carrying capacity up to 1500 kg and accommodates four crew members and eight paratroopers.

At the same time, a new berth for ships and boats of the Border Guard Service of the KNB of Kazakhstan was also put into operation in Boutino in December 11. The length of the berth 150 m, can be accommodated at the same time to 10 units of the ship's boat. Equipped with power supply of ships (charge) and fire station. Also on the berth is a ramp for self-lifting of air cushion boats.