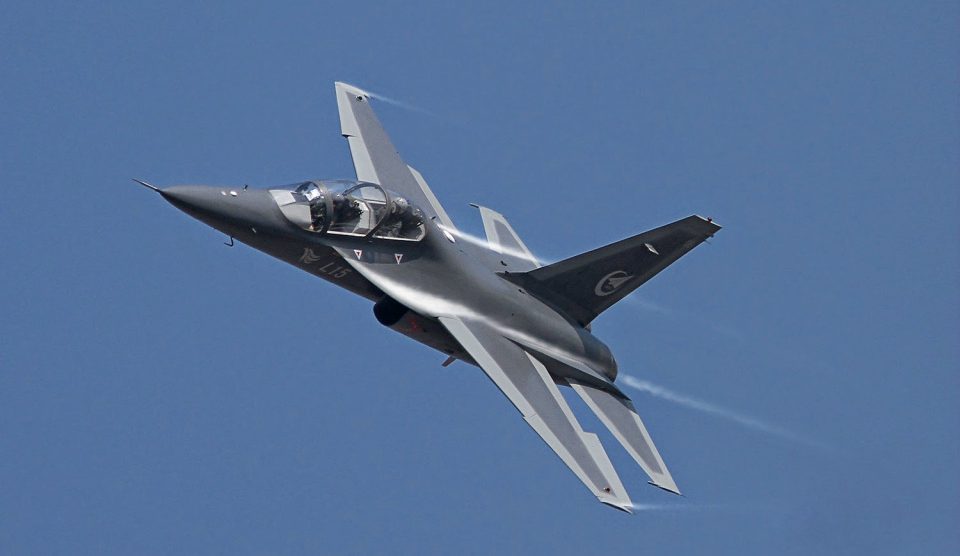 Military technical cooperation with China can be used to increase the combat capability of the Armed Forces of Ukraine. This was told by the head of the section of the Asia-Pacific region of the Center for the Study of Army, Conversion and Disarmament Yuriy Poyt during the round table "New Silk Road: A Potential for Ukraine" organized by the Ukrainian Institute for the Future.

Military technical cooperation with China can be used to increase the combat capability of the Armed Forces of Ukraine. This was told by the head of the section of the Asia-Pacific region of the Center for the Study of Army, Conversion and Disarmament Yuriy Poyt during the round table "New Silk Road: A Potential for Ukraine" organized by the Ukrainian Institute for the Future.

He noted that the military-technical cooperation consists of two very important components: economic and political. "If we talk about the economy, the MTS brings substantial revenues to the state budget. For example, according to the Stockholm Institute for the Study of Peace in SIPRI, for the last five years, Ukraine has taken 11's place in the list of military exporters, with 20% coming to China ($ 485 million). In addition, the OPC activates high-tech production, stimulates the development of other industries and trends, including science, "said Poita.

Talking about political component, the expert of the Central Research Institute of Civil Aviation, recalled that Ukraine signed with China a number of agreements establishing a strategic partnership level. "This status implies not only commodity trading (which we currently have for the moment), but also cooperation in such areas as infrastructure, energy, space, aircraft construction, joint ventures, etc. And there is a lot of work here, because at present there are no common Ukrainian-Chinese enterprises, and signs of possible activation are not observed either, "he noted.

The expert stressed that now a new aspect of the PTS, which was virtually ignored, is now security. "At the moment, the PTS, in addition to economic and political effects, must also work on Ukrainian defense. This is primarily due to the war with the Russian Federation, and Ukraine is already actively working on modernizing its army and acquiring new technologies ", - explained the analyst.

In his view, the Chinese defense-industrial complex can give Ukraine the necessary technology: first of all for the air and naval forces. He stressed that it was mistaken to think that the Russian factor would impede the intensification of Ukraine's PTS with China because of the concern of Beijing to ruin relations with Moscow. "During my last visit to the 5 International Exhibition of Arms and Military-Technical Assets, KADEX-2018, I talked with the leadership of Chinese companies. Their answer is that China is a self-sufficient state, and in case of a Ukrainian initiative in a given situation (joint production or technology transfer) - China will meet and will develop cooperation with Ukraine, "said Poita.

He also noted that the PTS is currently very active with China, especially in such areas as armament for the navy, armored vehicles, etc. But information on most of these projects is not in the media, since the PTS is a very sensitive area.

How to deepen the PTS with China

Among the promising directions to be developed, Poyta noted cooperation in the field of the creation of combat aircraft and sea high-speed floating platforms. "In the field of the creation of combat aircraft Ukraine has a significant gap, and independently develop and make an aircraft - can not. However, here we already have a very good experience of cooperation with China - the Chinese training plane Hongdu L-15 was previously created, which is equipped with Ukrainian engines AI-222-25F produced by Motor Sich. In addition to existing contracts for the supply of engines, 2015 also held negotiations on the production of the aircraft at the Odesa Aircraft Plant Odesa Avraemerservice, but the negotiations on the joint venture still stopped. At the same time, the market is very large - Ukraine needs from 60 to 120 combat aircraft.

He noted that another promising direction There is cooperation in the field of creation of sea high-speed floating platforms for the so-called "mosquito fleet". "We are currently seeing the impossibility of building a national Ukrainian corvette for the project 58250 because of its high cost (approximately 32 billion for construction of four ships) and long terms (the State Target Defense Program was extended to 2028 year). The entire Ukrainian defense budget should work on this project. At the same time, it is promising to create a "mosquito fleet" - a series of multifunctional small missile ships of the "Lan" type, which could ensure Ukraine's safety from the sea. In this case, we observe that Russia is transferring rocket launches from the Caspian Flotilla into the Black Sea (last month there were three armored carts). In addition, due to the failure of the Russian State Program on Armament 2020 year, Russia reorientes to small missile ships of the "Karakurth" type, some of which are destined for the Black Sea Fleet. The consequences we see now: Russia's violation of international maritime law, the stop and arrest of Ukrainian merchant vessels, the threat of force ", - said Poita.

He added that, because of this situation, it was necessary to cooperate with China and to negotiate for the acquisition or joint construction of small, high-speed sea platforms, which could provide security issues.

The expert noted that the implementation of such projects can be carried out through dialogue at the highest state level. As an example, he led the Sino-Belarusian cooperation: "Almost every month, the highest state officials from China come to Minsk, joint ventures are created, the missile program Polonez is implemented, etc."

"It is important to find new common points of contact between ours, due to significant changes in Ukraine's internal and foreign policy conditions (the Revolution of Attention, the course on Eurointegration and NATO membership), and the state concepts of China (the One Belt, One Way initiative, the construction of the community of a single destiny, etc.) states ", - summed up the expert.

Key Challenges and Risks in Security and Defense: 2019 Year Results

How to Legally Ensure the Development of Domestic Special Services

Gela Vasadze: "Lessons from the hybrid war in the Tskhinvali region of Georgia"